COAL TOWNSHIP — One day after the anniversary of D-Day, a World War II veteran in Northumberland County is marking another major milestone. Elmer Shinskie... 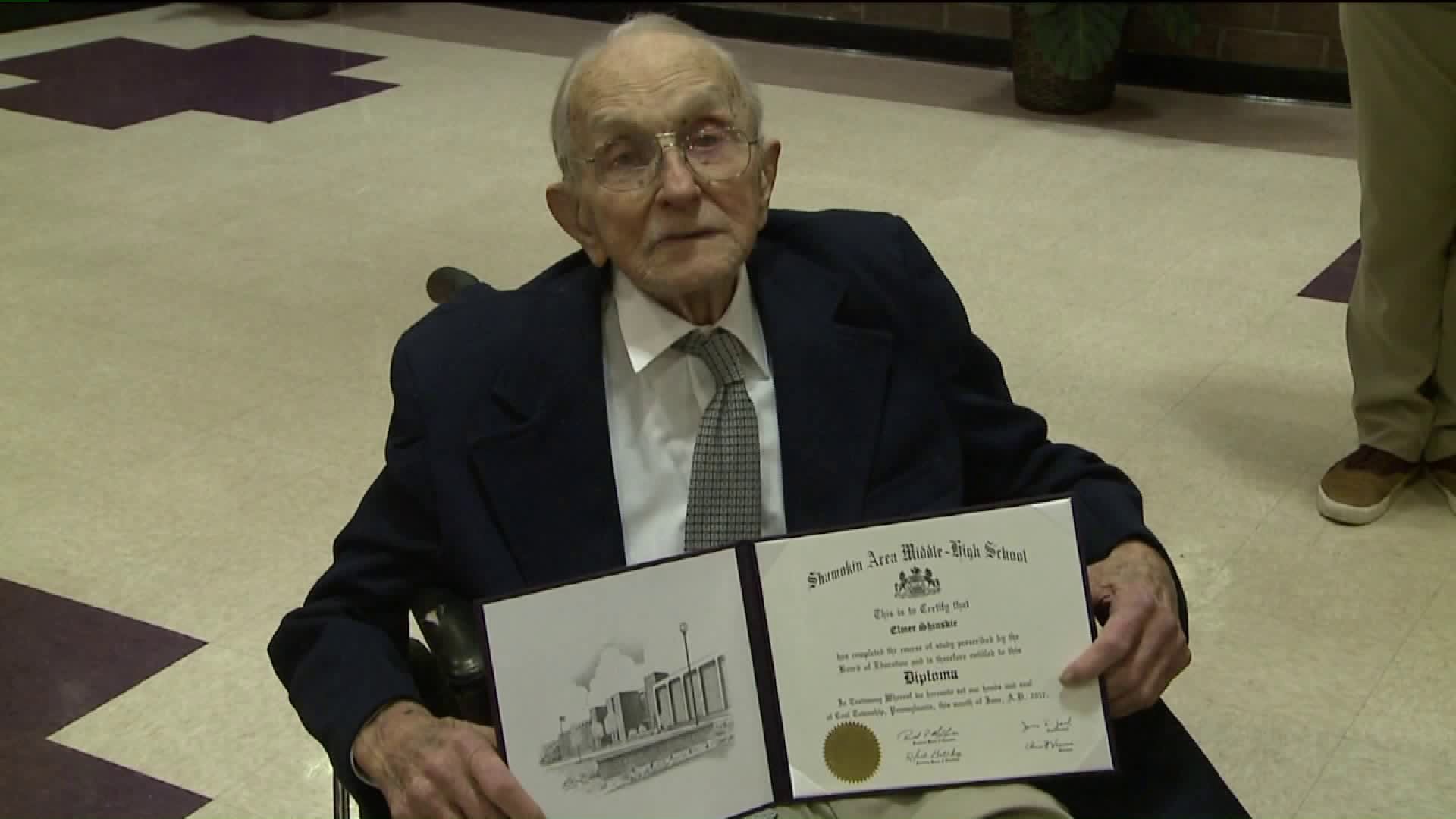 COAL TOWNSHIP -- One day after the anniversary of D-Day, a World War II veteran in Northumberland County is marking another major milestone.

Elmer Shinskie never graduated from high school as he was drafted into the war.

And with that Elmer Shinskie officially became a graduate of Shamokin Area High School.

The 92-year-old World War II veteran was handed his high school diploma on stage with his family in front of a standing ovation inside the school's auditorium Wednesday afternoon.

“He is here as part of the Operation Recognition Program which allows school districts to grant high school diplomas to eligible, honorable discharged veterans who served in the United States military during World War II,” said Venna.

Elmer attended Shamokin Area High School until 10th grade; any plans to return to high school were put on hold when Elmer was drafted into the Army in 1943 and sent overseas two years later.

His wife Esther says he always wanted to get his high school degree.

“It's something that I never thought I'd ever see,” said Elmer.

His two daughters and their families were on hand for the emotional moment.

“I’m very proud. I know he's wanted this for very long time. I'm just glad he was able to do this,” said daughter Barbara Treese.

For his grandson, this is a proud moment; Jarrod Scandle is also a veteran, having served in the Marines.

“Oh, very proud, this is something awesome to see, a man at 92 years old finally getting his high school diploma,” said Scandle.

“It's just like having one of my daughters or grandchildren graduate. Now, it's my husband graduating,” said Esther.

Elmer says he already has a place picked out in his house where he'll display that diploma that took more than 70 years to get.