Working in the Heat

SUNBURY — Not many people were walking up and down the streets of Sunbury Thursday afternoon. It may be because it was so hot outside. It was a good day t... 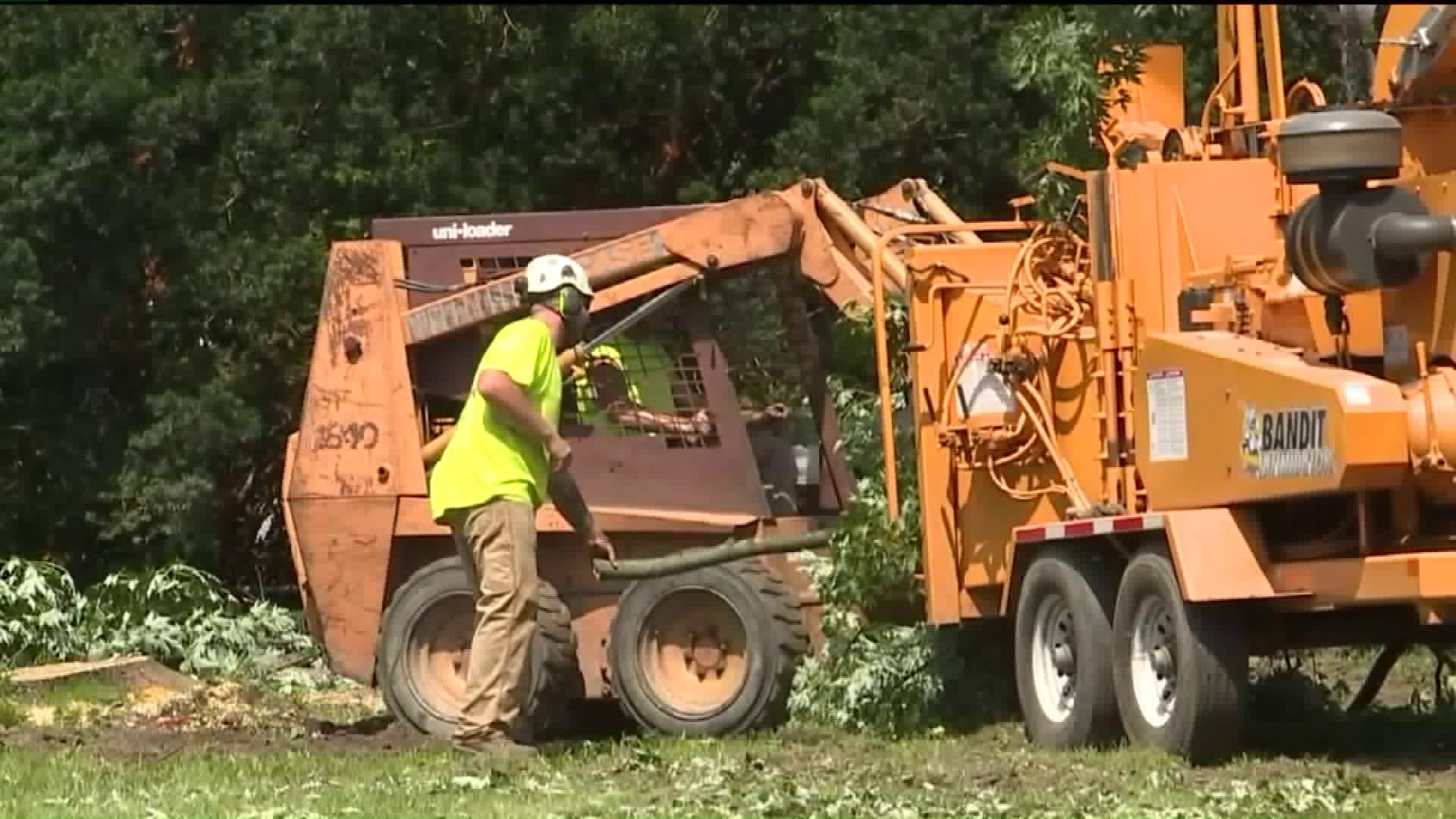 SUNBURY -- Not many people were walking up and down the streets of Sunbury Thursday afternoon. It may be because it was so hot outside.

It was a good day to spend at the pool, but that was not an option for everyone. Tree trimmers from Kocher's Tree Service cleared a lot in the 90-degree heat.

"It's hot, sweating a lot. We get here around eight o'clock and work 'til about four," Timothy Vought said.

Tim Benner also had to be outside in the heat. He does maintenance for Shikellamy Homes North Housing Complex.

"Well, we try to do the heaviest of the load in the mornings before the sun really gets hot. We took off screen doors this morning," Benner said.

The workers shared with Newswatch 16 their tips for getting through the hot day.

"Just keep drinking water. Don't move too fast. Keep a steady pace, and try not to over-do yourself," Vought said.

"Staying hydrated. Afternoons we've been trying to do indoor work. Do your morning work outside just because of the heat," Benner said.

"Drink lots of water, lots of Gatorade. Take some heat breaks when we can. Get in the shade and just deal with it. Do your best," Mike Marlow said.

Mike Marlow is a mail carrier in Sunbury. He's done this for 17 years and is used to working in all kinds of weather.

"Nor rain, nor snow, nor heat, nor gloom of night," Marlow said.

Most of these people are used to working in extreme temperatures because they do these jobs all year round.