MILTON — People in one part of Northumberland County want answers from the owner of a mobile home park. Residents of the park, which is near Milton, said ... 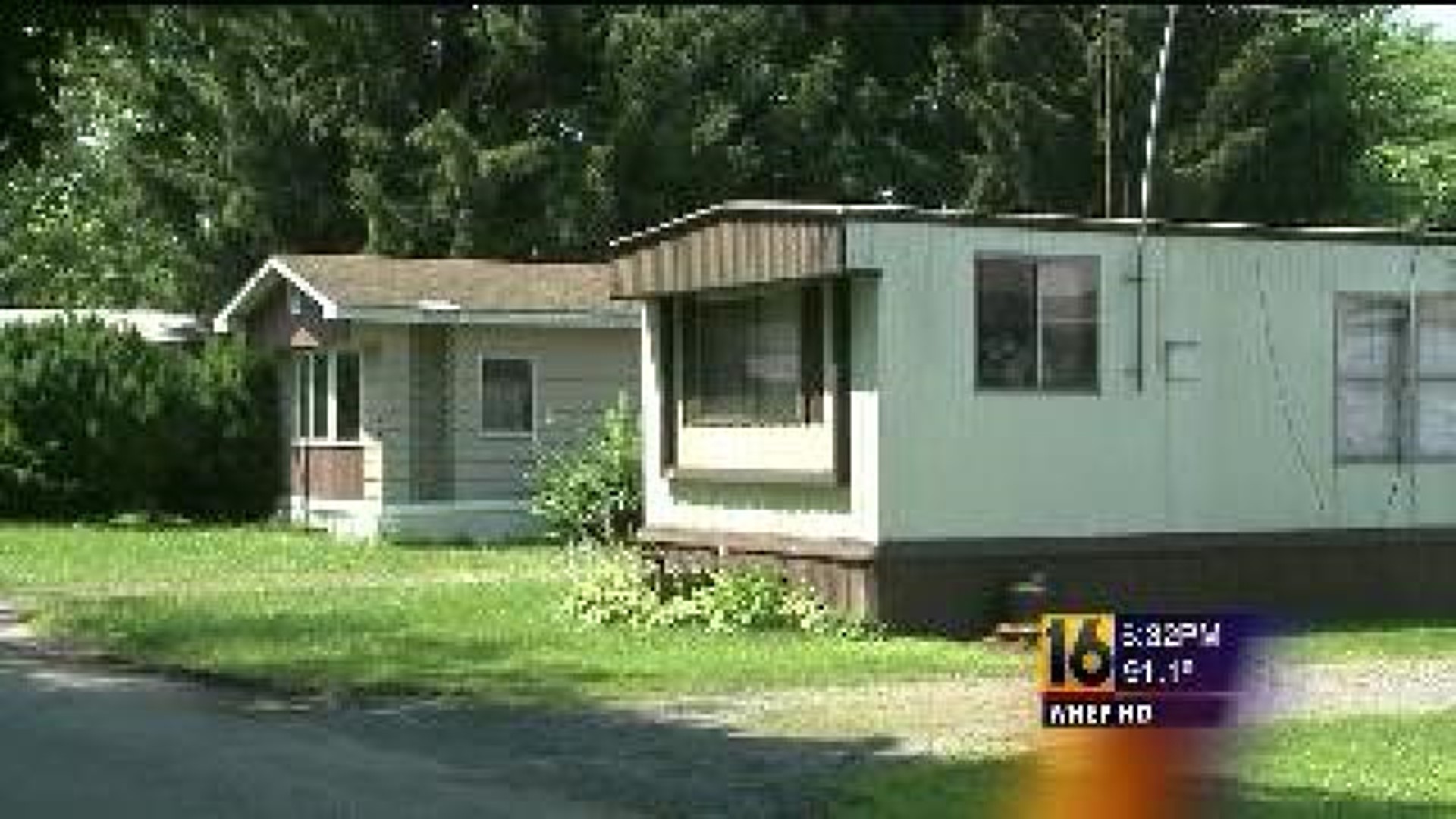 MILTON -- People in one part of Northumberland County want answers from the owner of a mobile home park. Residents of the park, which is near Milton, said they are being asked to pay thousands of dollars to raise their trailers above flood level. The residents feel that is the responsibility of the park owner.

People who live at Bucknell View Mobile Home Park said they received letters telling them they need to raise their mobile homes, tear them down, or move by August 1, or they will be fined. The residents own their trailers but lease the land. Because of that, they feel the park owner should foot the bill.

Glenn Dauberman has lived at Bucknell View Mobile Home Park, near Milton, for 22 years. He said he has seen his fair share of flooding.

"In 22 years I've been through five of them. Thank the Lord no water got inside my house, but I had to replace the belly in it," said Dauberman.

Some of Dauberman's neighbors were not as lucky. Twenty-eight families live at the mobile home park in Northumberland County. Many of their trailers were damaged during the September flood. The residents recently got a letter from West Chillisquaque Township supervisors. In order for the township to get flood insurance from FEMA, all of the trailers must be raised above flood level, torn down, or moved by August 1. If not, residents will be fined $500 a day.

Some of the residents said they pitched in to hire a surveyor to find out how high their homes need to be raised. They did that because they don't want to face fines, but they think it's the responsibility of the park owners to pay.

"I think it's kind of small of him not to do it if he wants us to live here," said Dauberman.

Township supervisors said the park owner was notified that the properties would need to be raised several months ago, and did not tell the residents. Many of the people who live at the park think it is unfair.

"I think if the people who own the trailer park want people to live here, they should at least help raise these trailers for the people who want to stay. It's their livelihood too," said Bell.

The owner of Bucknell View Mobile Home Park did not return our call, and the park's manager had no comment. Supervisors in West Chillisquaque Township said the cost of raising the homes is the responsibility of both the park owner and the residents. Supervisors also said they will work with the residents, and fining them is a last resort.