Who is the Top Dog in Sunbury?

SUNBURY, Pa. — Hot dogs were on the menu at the Northumberland County Courthouse in Sunbury, a lot of them. The sheriff’s department held its second... 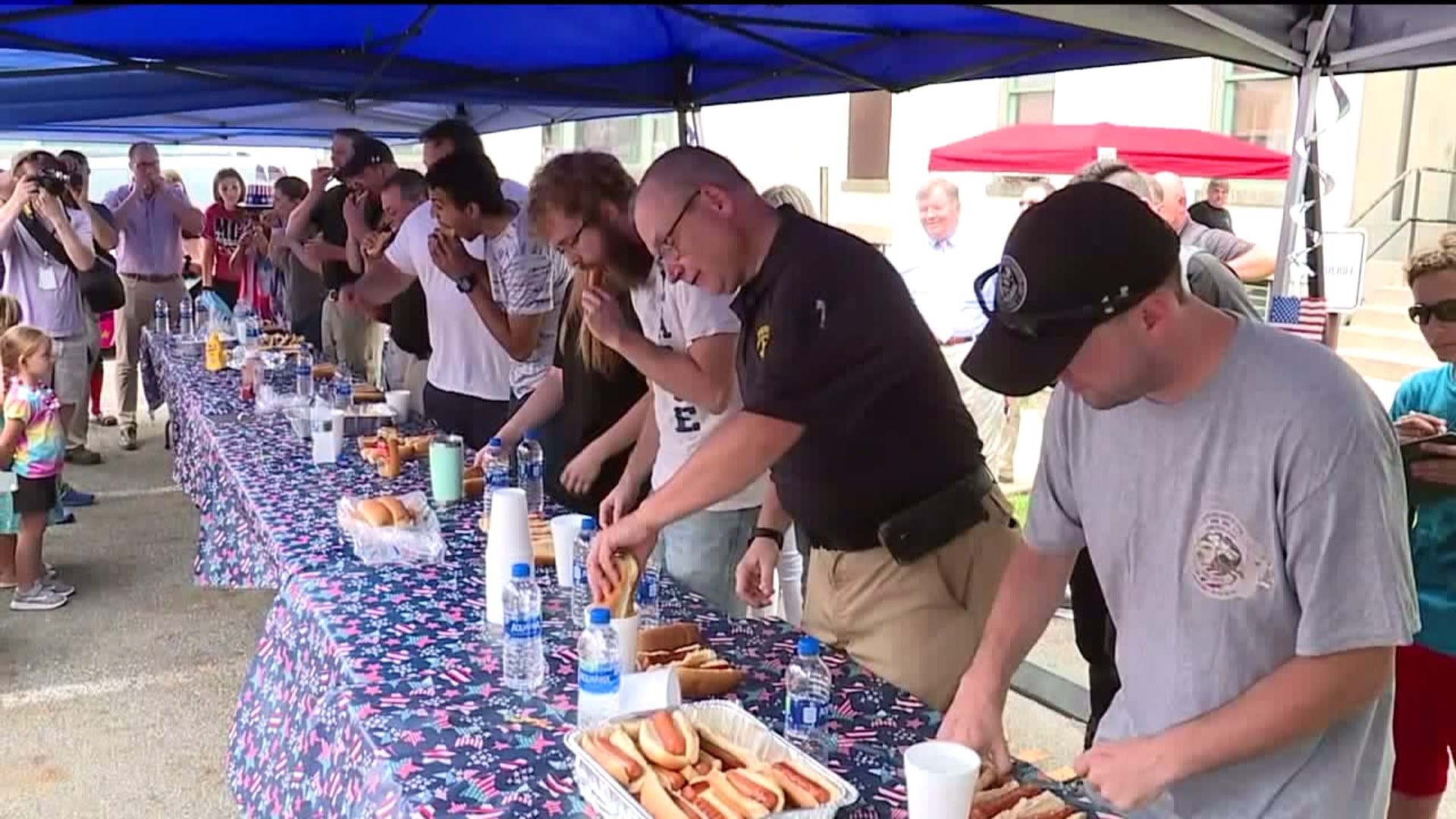 SUNBURY, Pa. -- Hot dogs were on the menu at the Northumberland County Courthouse in Sunbury, a lot of them. The sheriff's department held its second annual hot dog eating contest.

"We have a little over a dozen contestants and we have ten minutes to eat as many hot dogs as we possibly can," Todd Owens said.

The idea came from the Nathan's Hot Dog Eating Contest, held each year in New York. The food was donated and the contestants meant business.

"They were really thick this year, they were thicker than last year," Mike Finn said.

"Separate the buns and the dogs and just eat the dogs, sometimes I eat two at once. If you dip the bun in the water it makes it much easier to digest," Finn said.

Debbie Kaleta and Nicole Walter tied for first place on the women's side. They each ate six hot dogs.

"I could probably eat a couple more but I didn`t have enough time," Kaleta said.

"I have to agree with her on that, I probably could have eaten another one. Ten minutes is not a lot of time," Walter said.

All of the proceeds from the hot dog eating contest will go to K-9 Hero Haven, an organization out of Herndon which supports retired military and law enforcement dogs.

Anne Gibbs is in charge of K-9 Hero Haven and brought along some of the dogs.

"It's such a tremendous help especially with taking in extra dogs this month. So we are super excited to be the recipients," Gibbs said.