Who Forged a Judge’s Signature in a Lawsuit?

LOCUST GAP — For six years, Bob Bechtel and his family rented a now condemned home in Kulpmont. In June 2009, Bechtel says the metal cellar doors in the b... 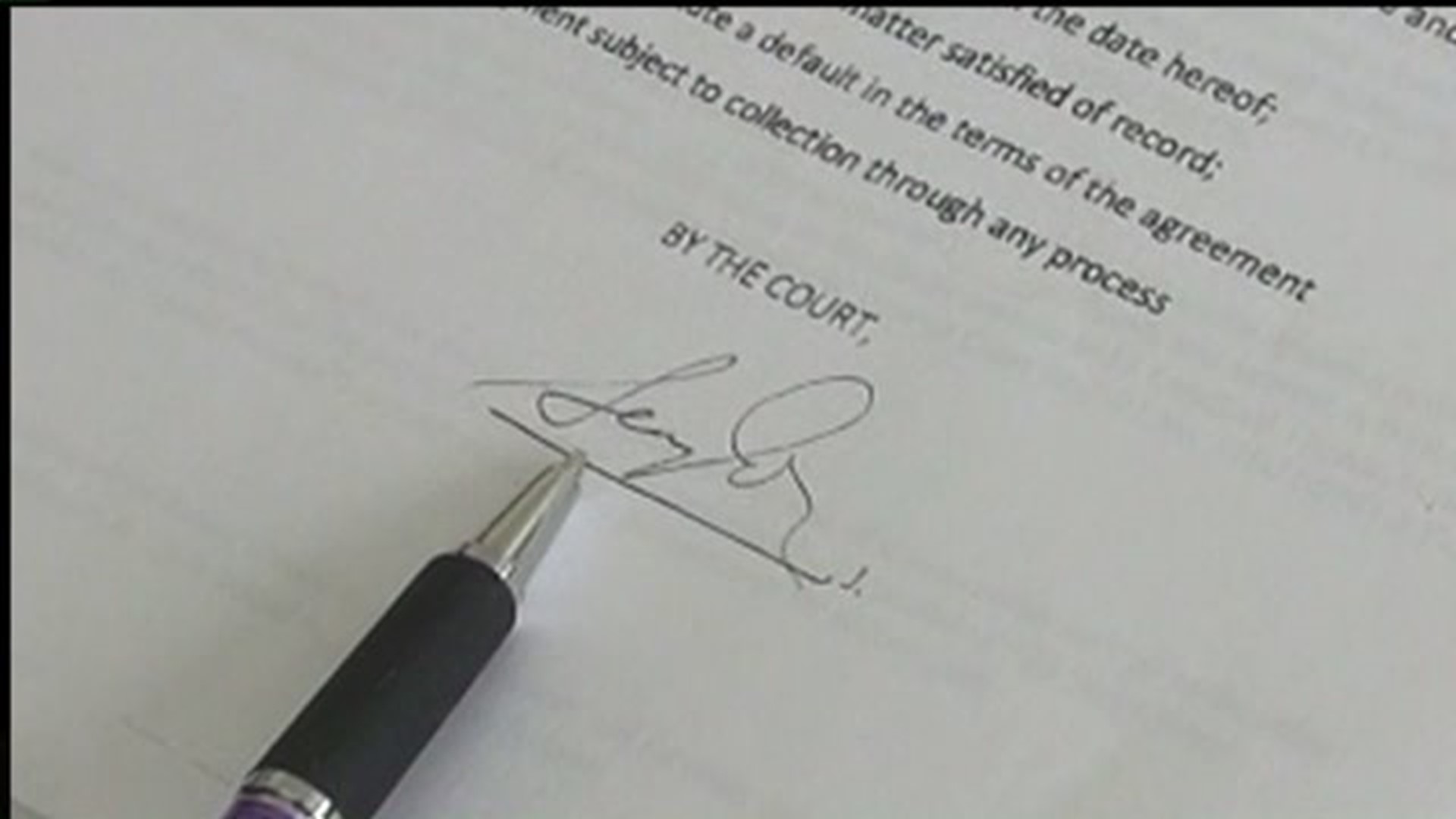 In June 2009, Bechtel says the metal cellar doors in the backyard shifted.

When he took it upon himself to build reinforcements, Bechtel says the whole structure collapsed.

"And it caught me from here," said Bechtel pointing to his neck. "It went down around to this side of my neck and blew a disc out in my neck."

Bechtel says the injuries from the collapse were so severe that he was forced to miss work. He hired attorney Stephen Ellwood from Schuylkill County to sue his landlord for medical costs and lost wages. Records show that in 2010, notice of intention to sue was filed in Northumberland County Court.

Bechtel says negotiations for a settlement seemed slow. Then in April 2013, he got a document via mail. It appears to show a Northumberland County judge awarded him $250,000.

But a year went by and Bechtel didn't get paid. He says Stephen Ellwood stopped returning his calls.

"Something fishy's going on. Something isn't right here," said Waffenschmit of Bechtel's situation.

Waffenschmidt said he saw a problem when he took a close look at the settlement order.

"The judge's signature is not his real signature, and most importantly, the name is misspelled," said Waffenschmit. "I have no idea as to why anyone would be so stupid as to forge a judge's signature."

Waffenschmidt learned the settlement notice is not even in the case file at the Northumberland County Prothonotary's office in Sunbury.

He contacted judge Charles Saylor, who confirmed the signature in his name was forged.

As a result, a state grand jury opened a criminal investigation.

"Is it a fraud? Absolutely. There's no question about it," said Waffenschmidt.

We tried to contact Stephen Ellwood via phone and at his home in Orwigsburg. No one answered the door.

"Will I ever get an answer? I doubt it," says Bob Bechtel, who says he can't pay medical bills from the accident.

And he may be out of options. The statute of limitations for him to serve his ex-landlord with paperwork to continue the lawsuit has expired.

Because grand jury information is confidential, we don't know when or if anyone will face criminal charges for the apparent forgery of a judge's signature.