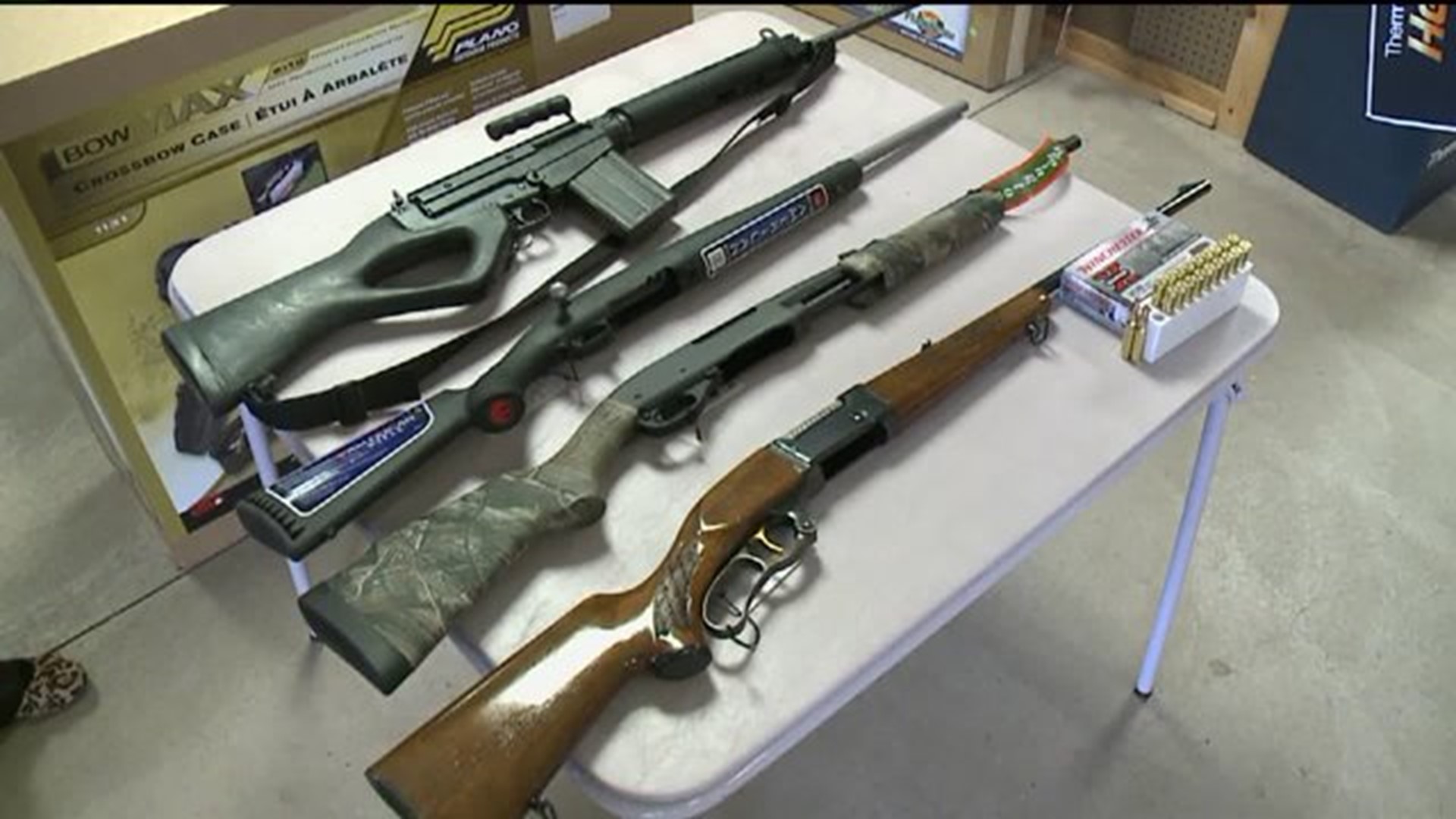 Right now Eric Frein of Canadensis is the most wanted man in Pike County.

State police released more information about the weapon used in that shooting.

"It's a .308. It looks like an AK-47 and with a scope," State Police Commissioner Frank Noonan said.

Troopers say they believe Frein still has the rifle on him and say he is an avid hunter, with firearms training.

Newswatch 16 stopped by Young's Sporting Goods in Northumberland to find out more about .308 caliber rifles.

"The .308 had originally started out as a NATO round for the military. Now it's one of the most popular hunting rounds there is," Kenneth Young said.

The store's owner, Kenneth Young says there are hundreds of different varieties of .308 caliber rifles, as well as the bullets that are loaded inside of them.

"The range anywhere from lever-action to pump-action to bolt-action to semi-automatic," Young said.

Young says the .308 is an accurate shot and some models can shoot pretty far.

"They make sniper rifles that you can shoot 1,000 yards pretty easily with them," Young said.

State police say the shell casings found inside Frein's car and bedroom matched the ones at the crime scene.