RUSH TOWNSHIP, Pa. — Wicked weather once again rolled through parts of our area Wednesday night. This time, some people in the Elysburg area reported stor... 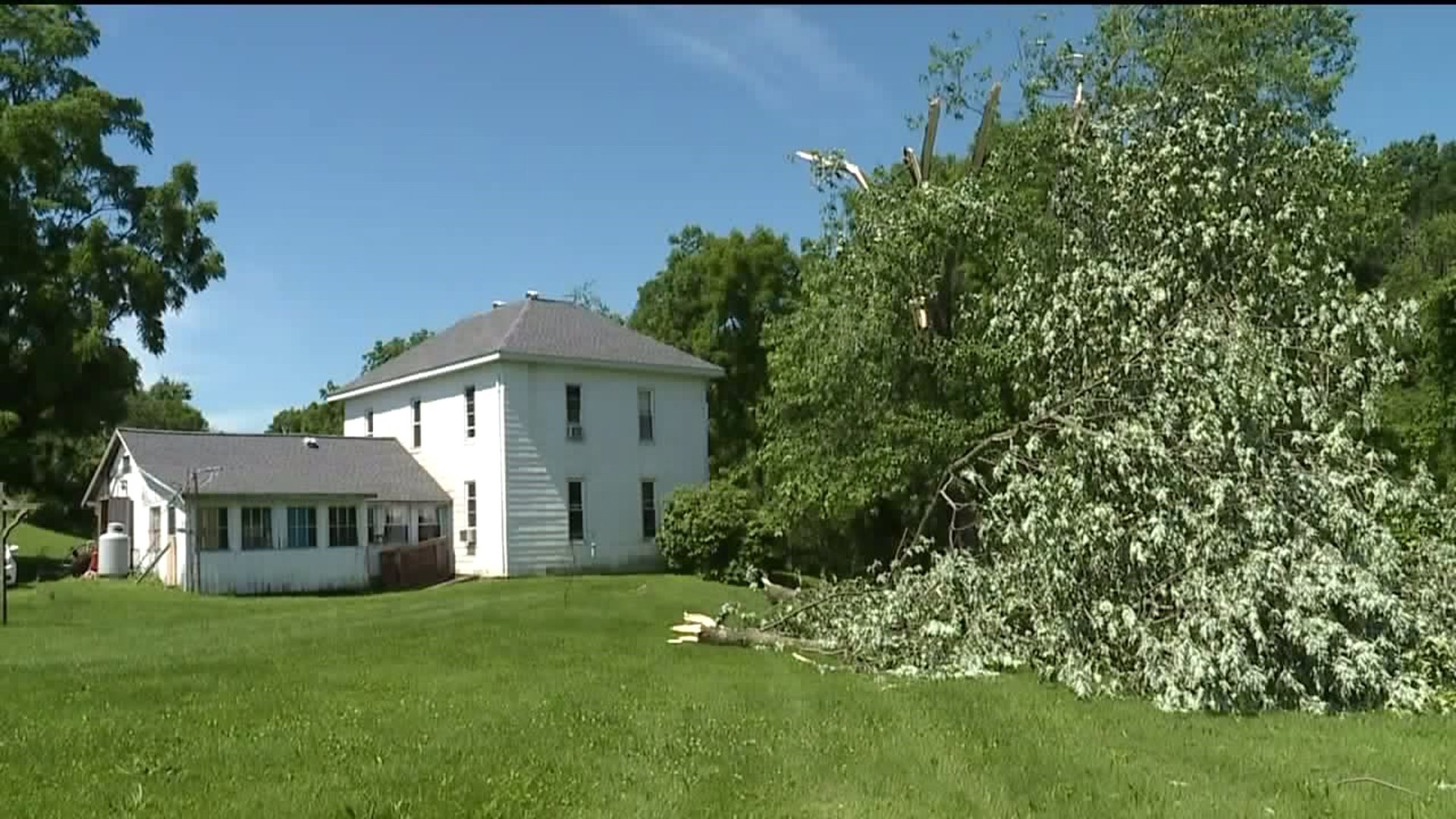 This time, some people in the Elysburg area reported storm damage.

The storm did not last long, but it sure packed a punch.

The rain and heavy wind started around 5 p.m. Wednesday in the Elysburg area.

When it got dark outside, Bill Renno tied down his canopy.

”And I saw it blowing away like it was nothing. It really poured for a long time, about a half hour. Then I went outside and I saw the tree damage," Renno said.

The National Weather Service did not get any reports of storm damage from Northumberland County Wednesday night, but Newswatch 16 found some people with damage to their properties.

But oddly enough just a few feet away, this three-pound bird bath wasn’t even touched!

Jonna Reigle was supposed to be enjoying a baseball game at Elysburg Teener Baseball Field. But instead, she took video, as it rained and recorded her scary experience.

Reigle's car was struck by lightning while she was inside!

"Kinda lucky that nothing happened to the house, but we had a lot of stuff, trees fall down, outhouse laying on the side. We had the dumpster there with stuff all over the place," Bill Bower said.

Bill Bower’s boss is building this house near Elysburg. His boss, Dave, is happy his new home is still standing.

"He called me and said hey can you bring your chainsaw to work tomorrow? I have a tree that came down," Bower said.

Parts of Northumberland County were under a severe thunderstorm warning at this time.