RALPHO TOWNSHIP — Surrounded by family and friends, 93-year-old World War II Veteran Michael Yonkovig was presented with one of the highest military honor... 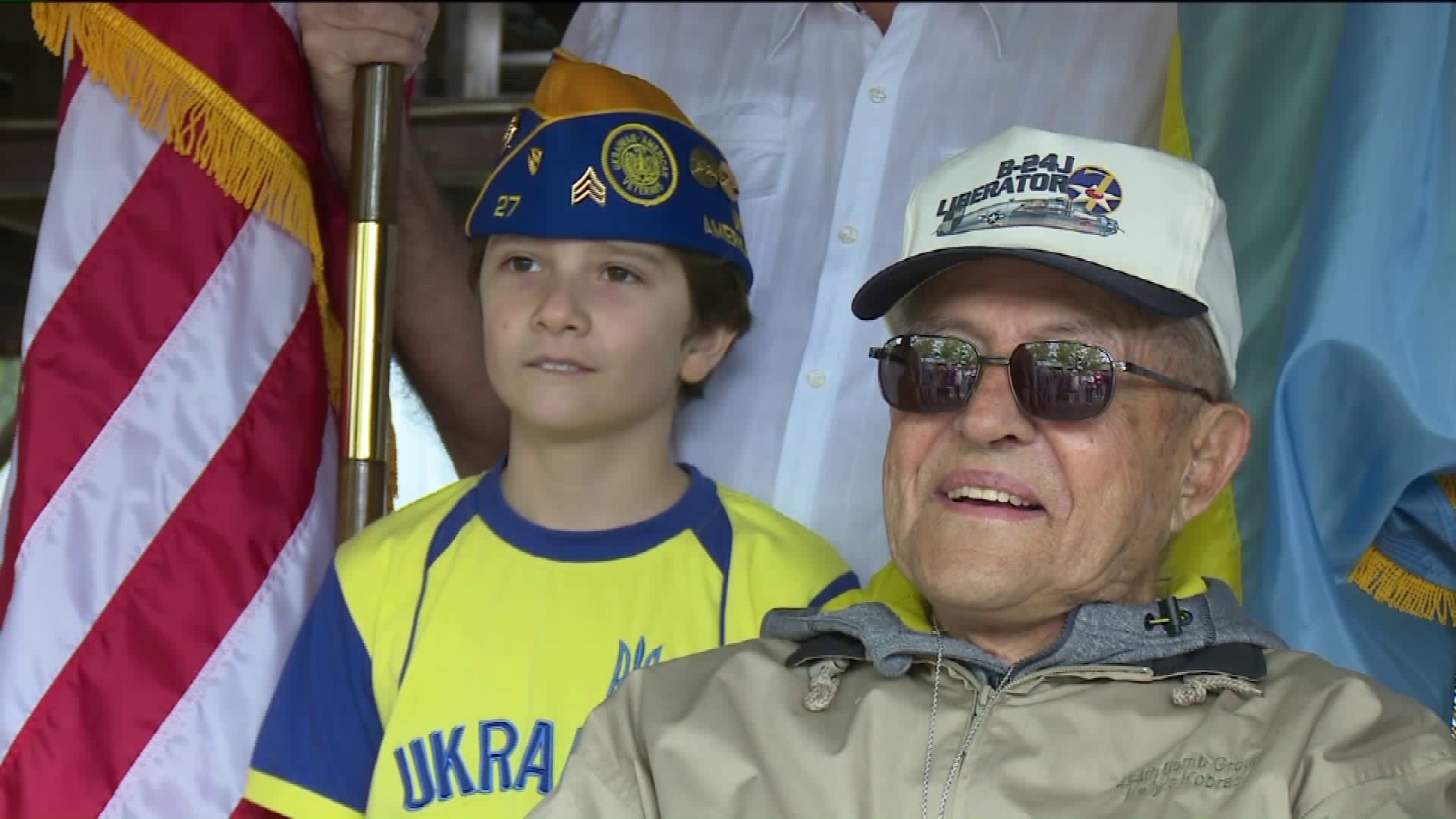 Yonkovig, from Northumberland County, received several medals, but the Air Medal, given to soldiers "who distinguished themselves in aerial flights," meant the most to Yonkovig.

Yonkovig served as a member of the United States Army Air Corps as a radio operator. He flew 23 missions in the Pacific theater, including 13 over Japan. He witnessed the dropping of the atomic bombs that effectively ended World War II.

"When the atomic bomb was dropped, I saw dust. I saw buildings. I saw 80,000 people caught up in dust," said Yonkovig.

Congressman Barletta says he learned through email that Yonkovig never received the medals right after the war.

"I don't think there's anything better that one can do than honor these veterans, especially ones that are from our own hometowns right here," said Barletta, R-11th District.

Yonkovig is a member of the Ukrainian Amercian Veterans. Organizers say he joins a group of Ukrainian veterans who have earned the highest military honors.