RALPHO TOWNSHIP, Pa. — Paramedics are trained for all kinds of situations, but it’s not every day they have to use all of those skills. Two paramedi... 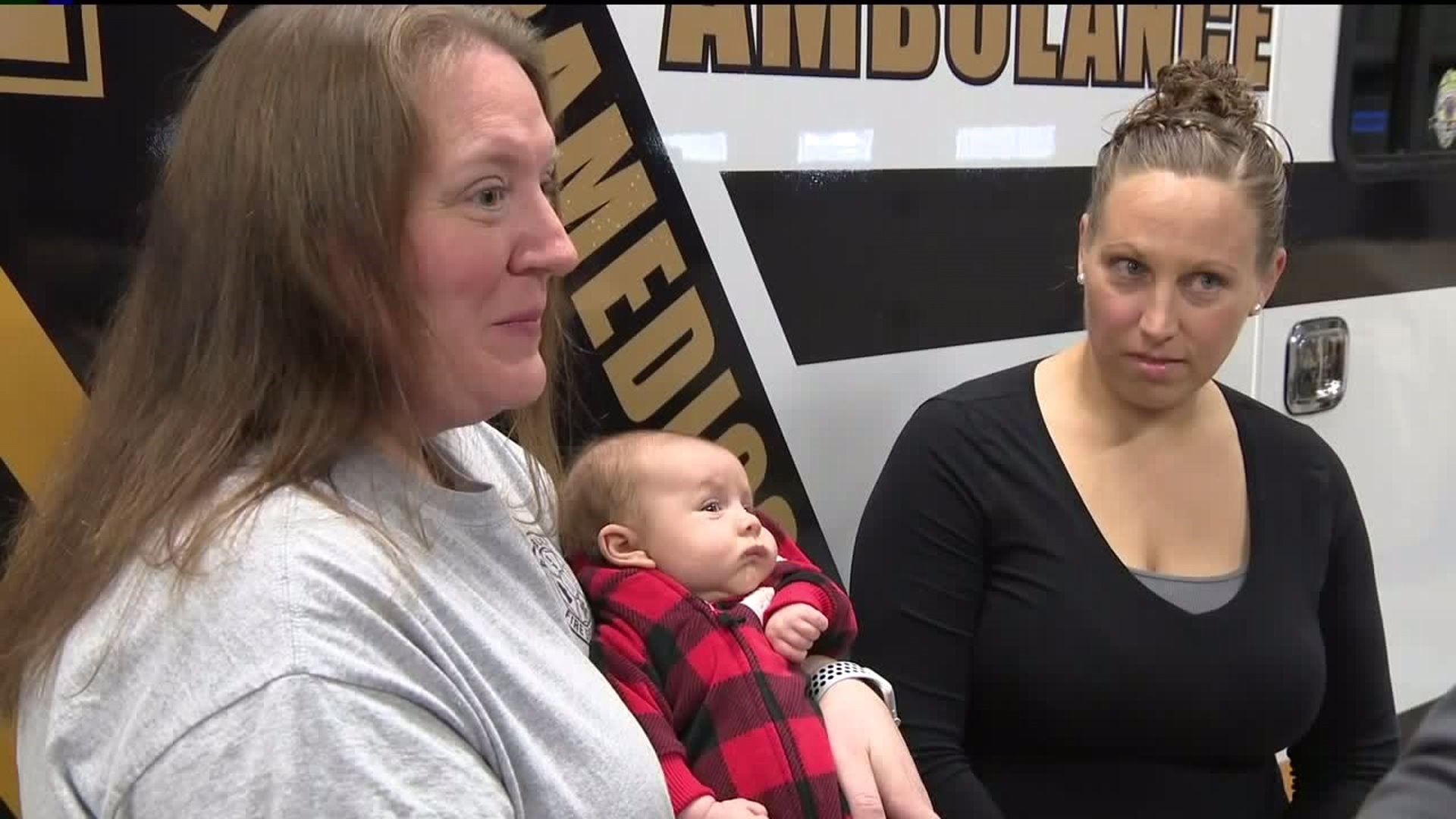 RALPHO TOWNSHIP, Pa. -- Paramedics are trained for all kinds of situations, but it's not every day they have to use all of those skills.

Two paramedics in Elysburg recently delivered a baby on the way to the hospital, right on a busy bridge.

Andrea Fuhr of the Elysburg area thought she had more time to get to the hospital for the birth of her second child. But when her water broke, she called 911. What happened next, she and her family will never forget.

Andrea Fuhr and her 8-week-old son Kurt spent part of their morning at the Elysburg Fire Department. Andrea says the emergency medical technicians there have become like family.

On the morning of September 24, Andrea's water broke, and things were moving fast. Her husband called 911.

"We got on the truck, and I was just going through every contraction that I had, holding on tight to Meg's hand," Andrea said.

Matt drove the ambulance while Megan was in the back with Andrea, whose contractions were getting worse.

"She said, 'oh, my goodness, that's his head!'" Andrea recalled.

They were crossing the Danville Riverside Bridge when Baby Kurt decided to make his appearance.

"Once we got him settled and knew everything was good, we headed to the hospital. Got up to labor and delivery and told them we had our little boy, and they were shocked," said Megan Bobby, Elysburg Fire Department EMS.

Megan has been a paramedic for about two years, but this was the first time she delivered a baby.

"The training kicks in. I had very good training."

The Fuhrs and the paramedics did not know each other before this but are now friends for life.

"It kind of feels like home, and we're not far, so it's not like it's hard to keep close," Andrea said.

"We don't get a whole lot of good stories in EMS; usually, it's the other end. So when we have something good like this, it's nice," Megan said.