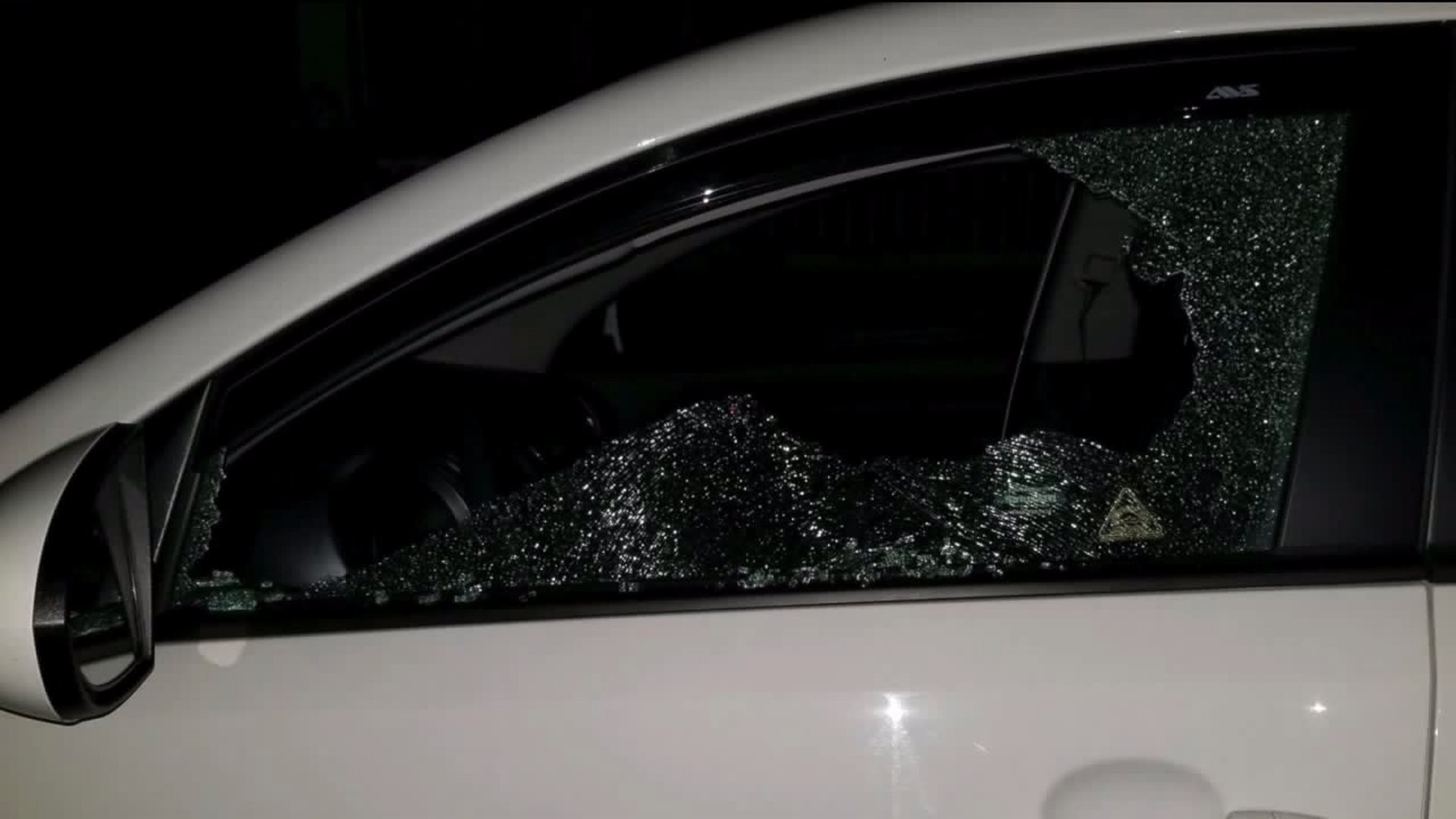 Thomas Szeder's car was one of those hit on Edison Avenue this weekend. He had his window replaced Saturday but says the car is not even a year old.

"I didn't hear any smash or anything like that. You know, that's when it was because they came up and woke me up and said your windows are smashed," said Szeder.

A few blocks away, Jason Mull showed Newswatch 16 the missing window he now has to replace on his car.

"It's an inconvenience because we only have another vehicle, and I don't want to drive mine because it's too cold out. We have a one-year-old, and he can only drive in that vehicle now since the window's smashed. It's a real inconvenience," explained Mull.

Police say they have about 12 victims and that the vandals may have hit the cars between two and six am on Friday, and they are still looking for suspects.

Eugene Heller owns G Heller Garage in Sunbury and has worked on some of the cars struck by vandals. That includes his own daughter's car that was hit sometime Friday morning.

"My daughter's, I'm going to say around $800. Other vehicles you're talking anywhere from $300 on up just to get a window replaced. Lot of people don't have insurance. They gotta take that out of their pocket. It's not right," said Heller.

Those who found themselves victim to the vandals say they just want answers.

"I just hope they find the person...I don't know what kind of person you gotta be to do this kind of stuff," SAID MULL.

"If they get caught, they're going to pay for it. One way or the other. I hope they do," added Szeder.