Mother Cabrini Church pleads for the return of the missing pieces. 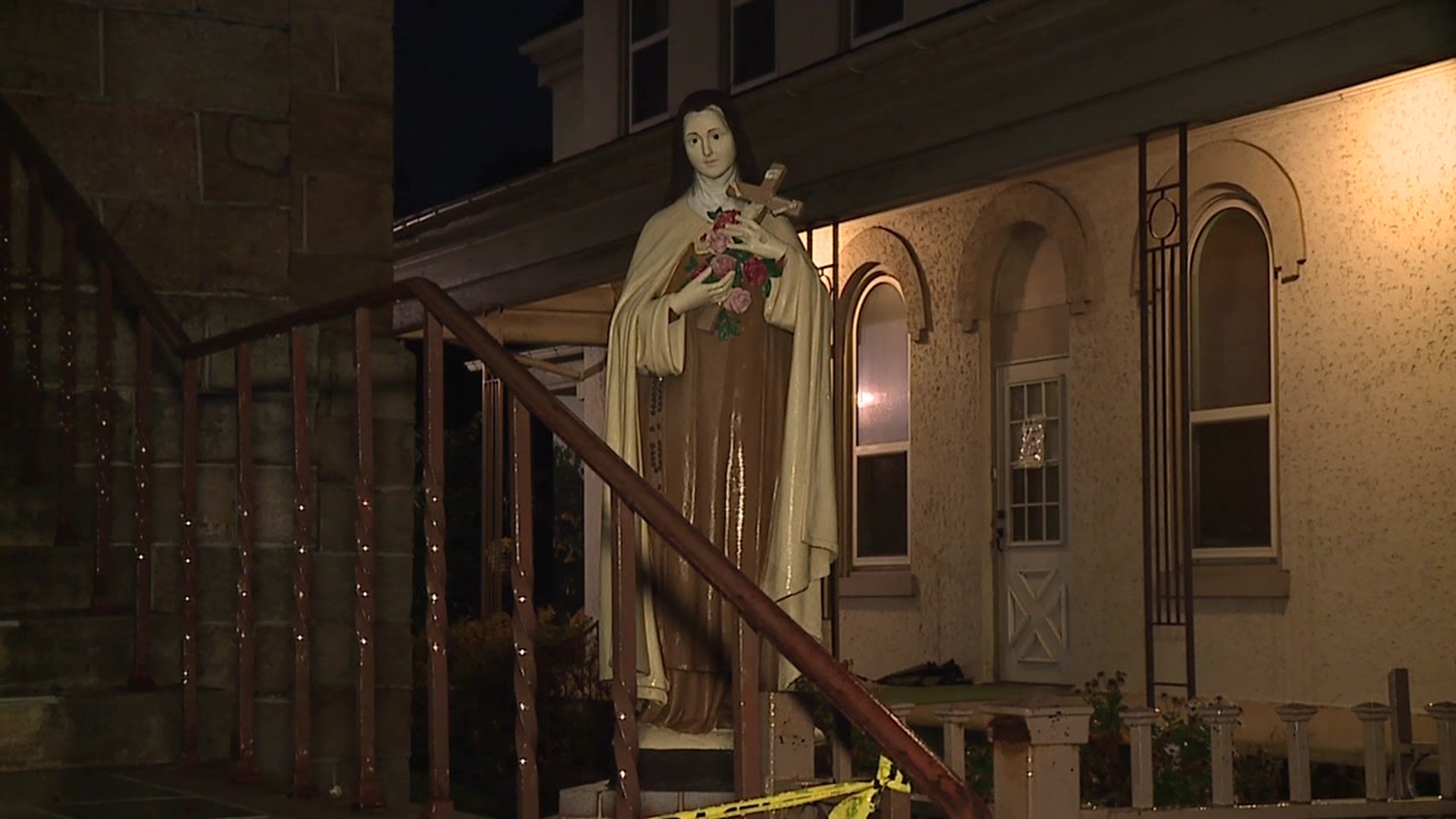 SHAMOKIN, Pa. — A statue of St. Theresa was horribly defaced by vandals at Mother Cabrini Church.

Now, the church is in the somewhat uncomfortable position of pleading for someone to return the head of Jesus, which was smashed off the crucifix held by St. Theresa.

Pictures of a damaged St. Theresa statue were posted to the Mother Cabrini Church's Facebook page.

The parish says the statue in front of the church was vandalized sometime between Sunday afternoon and Monday morning.

The church's pastor, Fr. Martin Kobos, says that statue has stood in front of the church for 25 years and in one intentional act, it was left extensively damaged.

The Facebook post goes on to say the vandals also stole the head and upper body of Jesus after the damage was done.

"Either they took them or, we did a very thorough combing of the grass,” said Fr. Kobos.

Jennifer Sidel is the parish finance manager who filed the vandalism report with Shamokin Police.

She says it was the police department that suggested posting the damage on Facebook.

"If anybody happens to find the head of Jesus, please, please, call the police, call our church office,” said Sidel.

People walking by the damaged statue were disappointed with what they saw.

"Destroying something that was part of a church, that's not cool, whatsoever,” added her daughter, Katrina Angstadt.

The church has reached out to a local artist who does sculpture repair work to see about getting the statue fixed.

"He feels it will be very difficult and expensive because the statue is in place outside. It can't be removed and taken to his studio,” said Sidel.

The church says if it could get back the missing pieces of Jesus, that would cut back on some of the significant costs of fixing their statue.