As the COVID-19 pandemic continues, many used car dealerships find themselves in a good position. 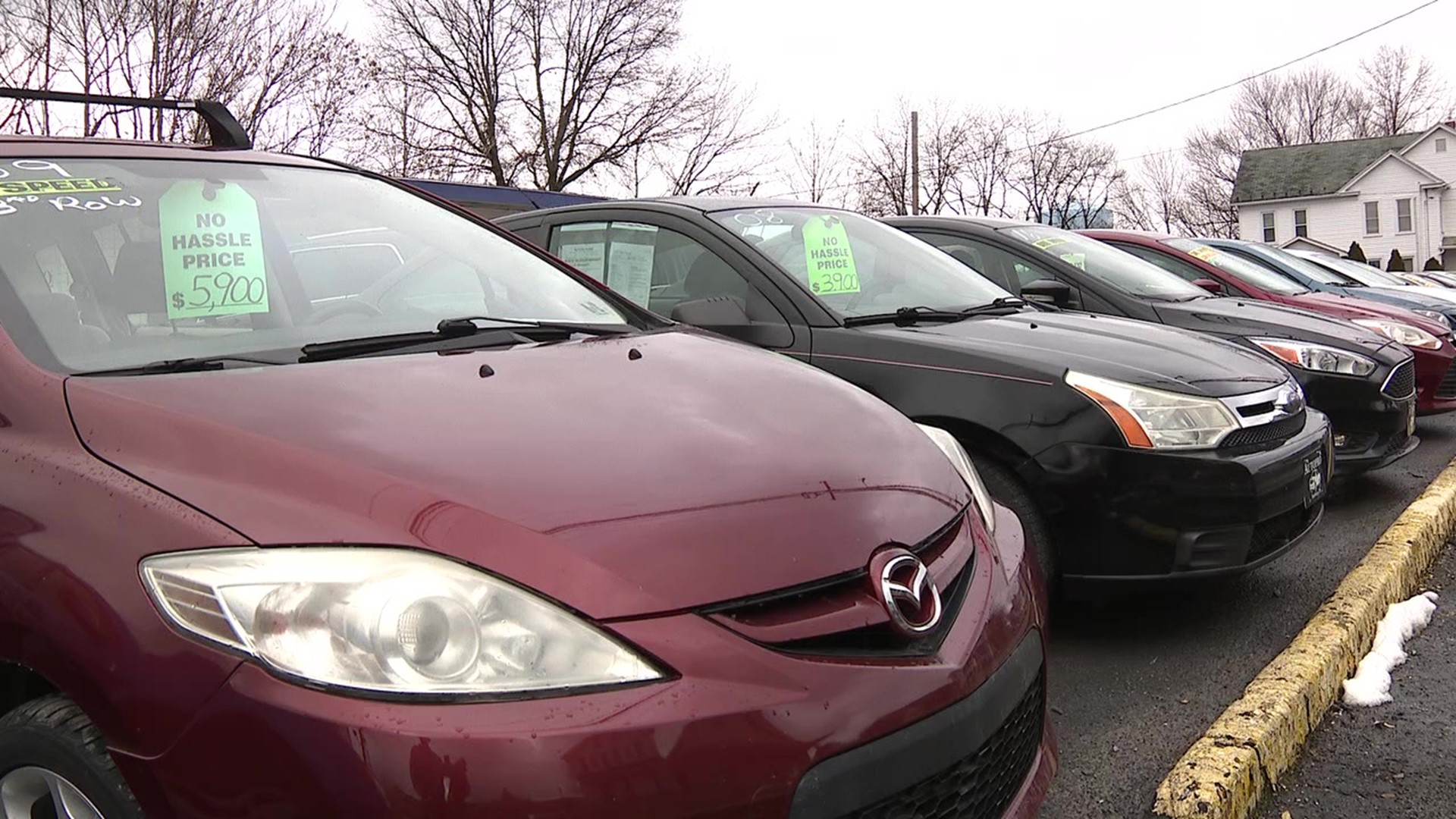 SUNBURY, Pa. — There are quite a few vehicles for sale at Autopro Lot 2, just outside of Sunbury. Owner Jason Graybill says it's been an interesting 10 months.

"Our niche is between $5,000 and $20,000. We usually sell between 10 to 15 vehicles a month. When the pandemic hit last year, we were down to some months only two to five vehicles. We're hoping the stimulus coming around this year will help again," Graybill said.

After having to close for a few weeks last year because of the pandemic, sales picked up at Autopro Lot 2. People still needed cars and wanted to avoid public transportation and ride-sharing. Sales increased even more when people got their first stimulus checks, which Graybill says was unexpected.

"We had a run on cars that they came in, and they started spending the money. We had a hard time buying used inventory to sell," Graybill said.

The owner says it's too soon to tell if this recent stimulus check will generate as many sales as last time, but he's optimistic.

"With income tax plus the stimulus money, it could help. Towards the end of December, it was OK. So far in January, it's been pretty good for us," Graybill said.

Graybill and his team have sold five vehicles so far this month, but they have not yet seen anyone come in with stimulus money.