COAL TOWNSHIP, Pa. — A former teacher at Our Lady of Lourdes Regional School near Shamokin was fired last week after she told the principal she is pregnan... 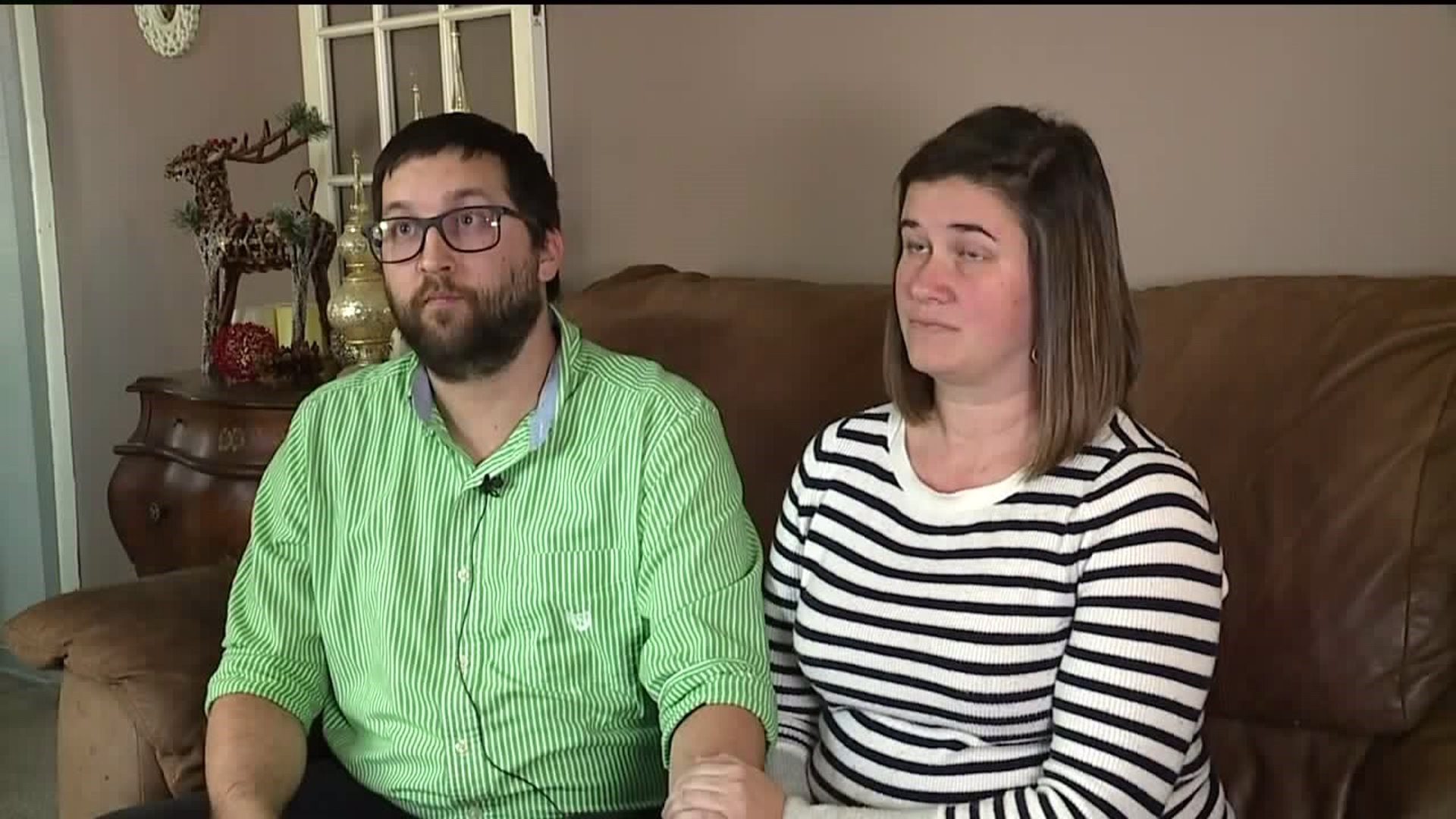 COAL TOWNSHIP, Pa. -- A former teacher at Our Lady of Lourdes Regional School near Shamokin was fired last week after she told the principal she is pregnant and not married.

Naiad Reich and her boyfriend Matt Graboski are expecting their first child together. It's supposed to be a happy time for the couple who live near Shamokin. Instead, Reich was fired from her teaching job at a Catholic school because the couple is not married.

Reich and Graboski are expecting their first child next summer.

"I'm extremely excited," Graboski said. "It's one of the most rewarding things you can possibly go through."

Recently, that excitement has been overshadowed. For the past two years, Reich was a high school teacher at Our Lady of Lourdes Regional School, a Catholic school near Shamokin.

Last week, she told the principal she was pregnant.

"It was very apparent that she was not happy with the circumstances. Of course, her problem was Catholic morals," said Reich.

She said the principal's concern was that the couple are not married. The Diocese of Harrisburg had questions.

"If there's no eventual plan in the near future to get married, it was either that or I had to be let go," Reich said.

Reich didn't want to be fired and understands the Catholic morality code. The couple also wants to get married on their own terms. Reich lost her job last Friday.

A spokesperson for the diocese said, "The Diocese of Harrisburg is unable to comment on personnel matters. However, as outlined in our policies, every professional employee agrees to follow the teachings, doctrine, and laws of the Catholic Church as part of the hiring process."

Despite all of that, Reich and Graboski have no ill will towards Our Lady of Lourdes Regional School or the Diocese of Harrisburg.

"This is their beliefs and their moral code and what they live by and I understand that. Though I don't agree with it, I understand," Reich said.

Most parents Newswatch 16 spoke with agree with Reich.

"I get their reasoning behind it and why they have to, but I don't agree with it. I don't think it was very nice to do," said Ashley Stroh of Coal Township.

"This teacher is not even Catholic. I don't care if she would have been, but it's still wrong for her to lose her job," said Geri Albertini of Shamokin.

Reich says, above all else, she misses her students. She tells Newswatch 16 she does not know if she will fight the diocese's decision.