HARRISBURG — A U.S. Marshal who was shot and killed while serving a warrant in Harrisburg Thursday morning, has ties to Northumberland County. Officials h... 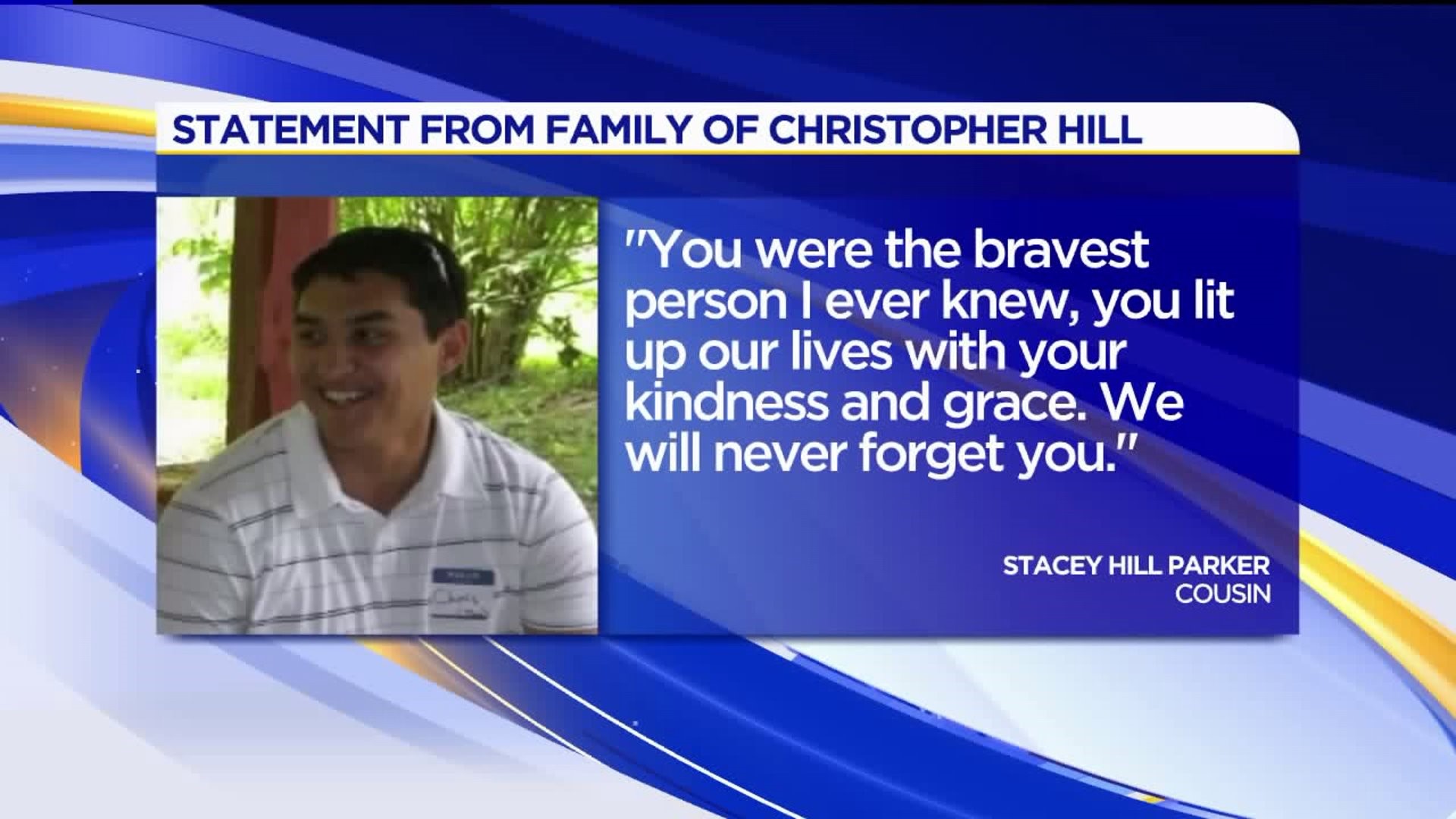 HARRISBURG -- A U.S. Marshal who was shot and killed while serving a warrant in Harrisburg Thursday morning, has ties to Northumberland County.

Officials have confirmed that Deputy U.S. Marshal Christopher Hill was a 1990 graduate of Warrior Run High School in Turbotville.

Hill was an army veteran, husband and father of two.

Investigators say Hill was part of a seven-member task force serving a warrant at a home on Mulberry Street in Harrisburg when a man inside opened fire.

Another officer was shot and is recovering in the hospital.

A third avoided injury, thanks to his body armor. He was able to return fire, killing the gunman, Kevin Sturgis, 31, of Philadelphia.

Sturgis reportedly had two active warrants out of Philadelphia, including one for illegally acquiring a firearm.

Hill's cousin tells Newswatch 16 he was a great example and will be missed, but not forgotten.

"You never gave up and always stood tall, you were a great example set for us all, an upbeat attitude with a constant smile, we were all blessed to know you. You will be truly missed, but we know you're in a better place. You were the bravest person I ever knew, you lit up our lives with your kindness and grace. We will never forget you, you will live in our hearts forever," said Stacey Hill Parker.