Three more churches in central Pennsylvania have been burglarized, bringing the total to four in just over one week. Investigators said $2,500 worth of music eq... 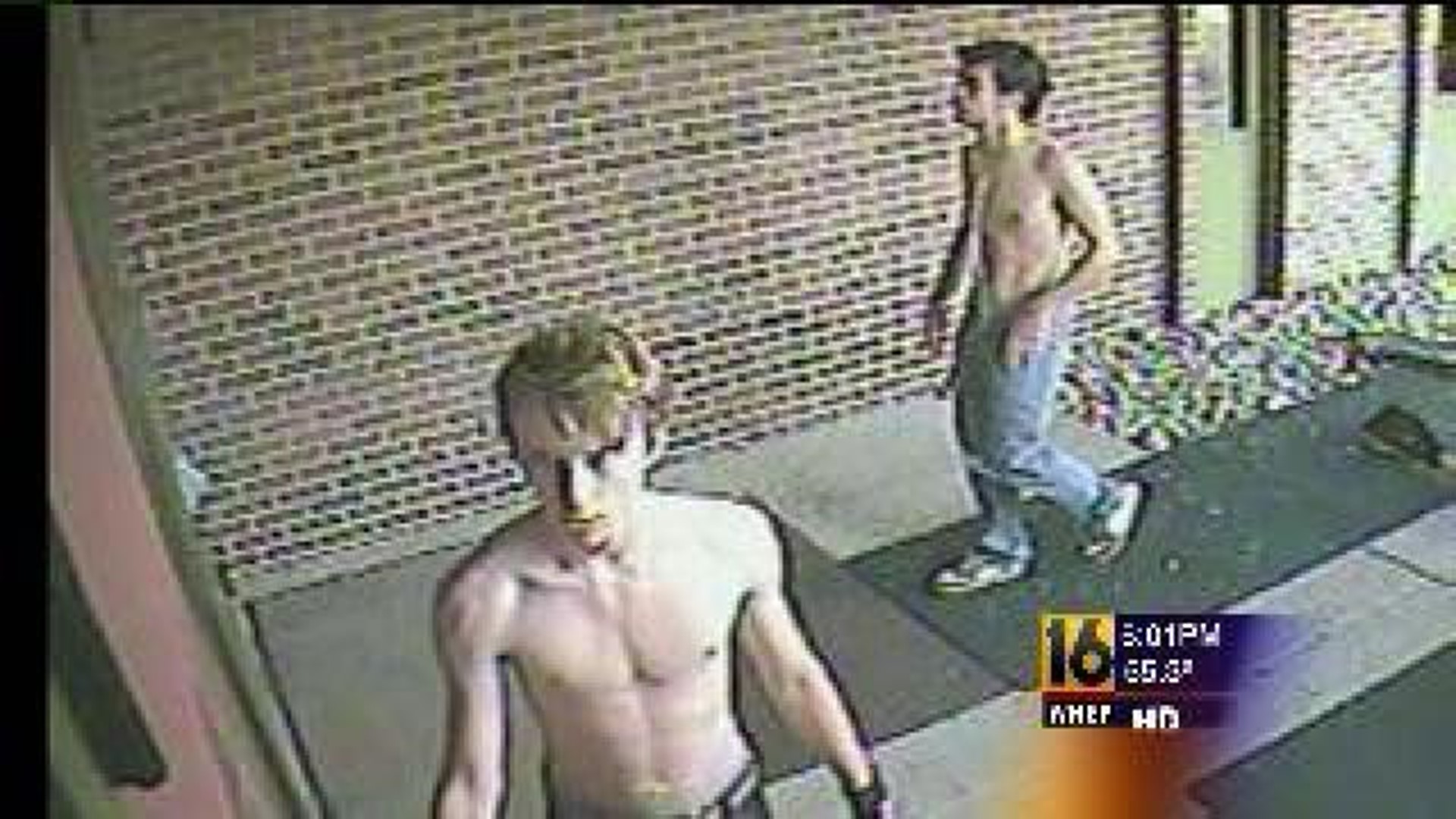 Three more churches in central Pennsylvania have been burglarized, bringing the total to four in just over one week.

Investigators said $2,500 worth of music equipment was taken from a church near Lewisburg earlier this week and state police have surveillance video from one of the break-ins.

State police hope someone can help them find the two men who they said are persons of interest in at least one of the church break-ins.

Police are trying to determine if all four burglaries are related.

"They noticed one of the guitars was missing and asked me where it was.  So we looked around and discovered the rest of our sound system was taken as well," said Schade.

Police say $2,500 worth of equipment was stolen from the church in Kelly Township.  It comes one week after similar equipment was taken from a Mennonite church near Lewisburg.

That happened just days, and just a short distance away from another break-in at Christ Evangelical Lutheran Church near Milton.  Surveillance pictures taken at that church.  Police said the two men in the video were inside the church but did not take anything.

Police would like to speak to the men, who they said are teenagers or in their early 20s.

Just a few miles away, Sunrise United Methodist Church was also broken into.  State police said nothing was taken here, but when church members got there, the back door had been forced open.

"They opened up the cabinet doors, but nothing was taken out," said Mildred Sherwood.

She has been a member at Sunrise United Methodist Church for 70 years.  She said the break-in scared her and the rest of the church members.

"Terrible.  I think it's a terrible thing that they want to get into the churches," said Sherwood.

"And now we're going to have to talk about do we need a security system. That's going to be thousands of dollars.  That's not what ministries are supposed to be about," said Schade.

Anyone who may recognize either of the men in the surveillance pictures or has information on any of these burglaries is asked to call state police at 570-524-2662.