SUNBURY, Pa. — A high school principal, vice principal, and senior advisor are all suspended from a district in Northumberland County because of a high sc... 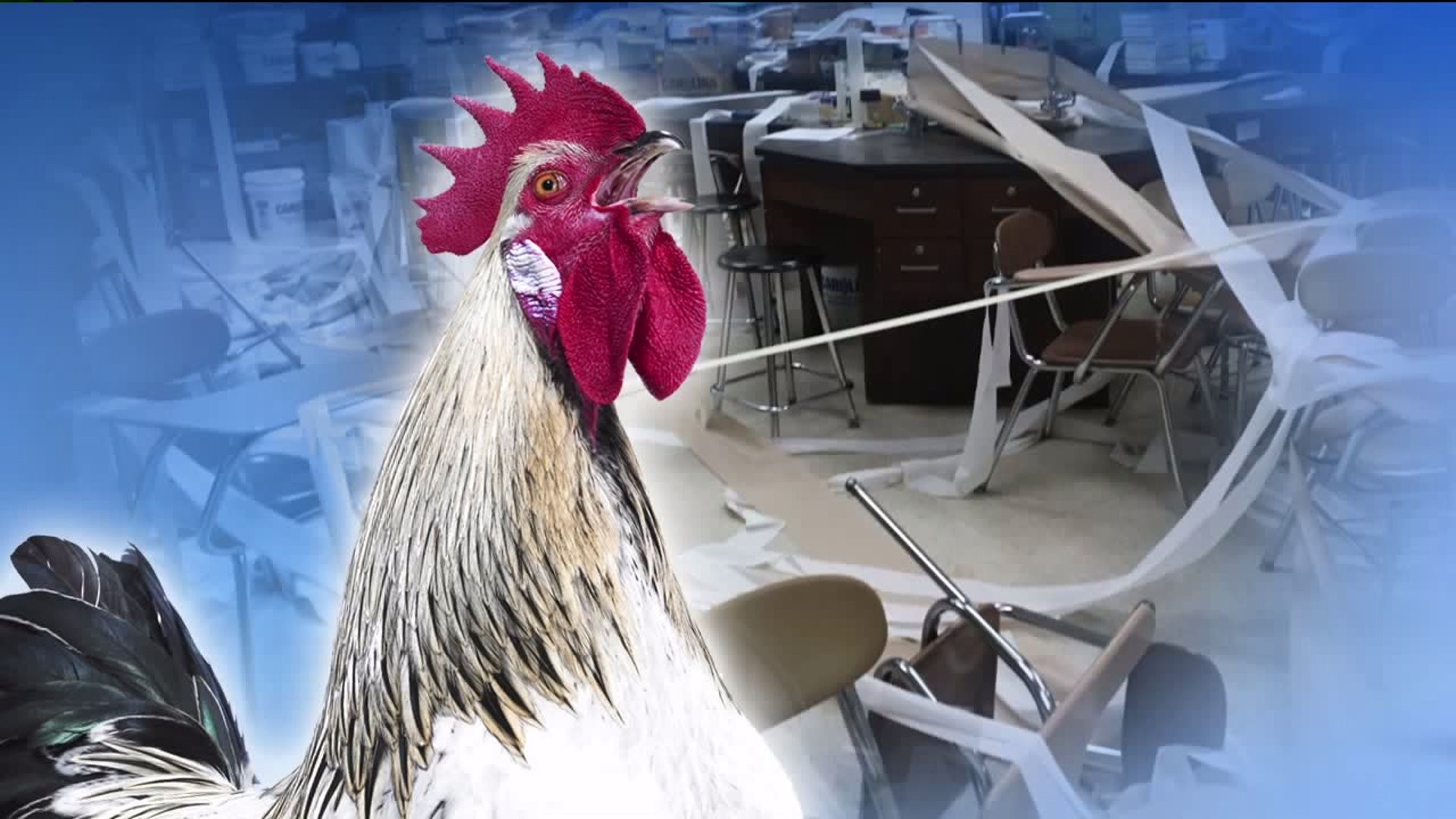 Seniors at Shikellamy High School unleashed a dozen chickens inside the school, and it didn't turn out well.

The senior prank has been a tradition at Shikellamy High School for nearly 40 years but never before has a prank resulted in the suspension of three high school administrators.

Flipped desks, toilet papered hallways, and a dozen chickens left in classrooms overnight, and the superintendent says 16 seniors at the high school were responsible.

It was supposed to be part of a school prank which was supervised by the school's senior advisor, but the superintendent says it got out of hand.

“There was a lot of toilet paper, a lot of Vaseline on the handles of doors. There were chickens,” recalled Brian Snyder, a Shikellamy High School senior not involved in the prank.

Students Newswatch 16 spoke to have mixed emotions about the prank. On one hand, it was supposed to be funny. On the other, it did cause quite the mess.

“As a general rule, I think people are taking it too seriously, but I could see why people would be upset about the whole classroom destruction and the teacher, I could understand why he would be upset,” Snyder added.

The superintendent is now in charge of the high school.

“I hope he is alright. I don't want him to get fired or anything,” said Snyder.

The students responsible were tasked with cleaning the mess. People we spoke to say although the pranking tradition goes back 40 years, this prank went too far.

“We didn't have per se the pranks that they're pulling now. Ours were minor. We toilet papered, but we did the outside of the building,” said Joanna Barton of Sunbury.

There will be a meeting next Monday to discuss when and if the principal, vice principal, and the senior advisor will be allowed to come back. Meanwhile, those 16 students responsible for the mess are coming in two hours early every day until graduation to do extra cleaning around the school and community service.