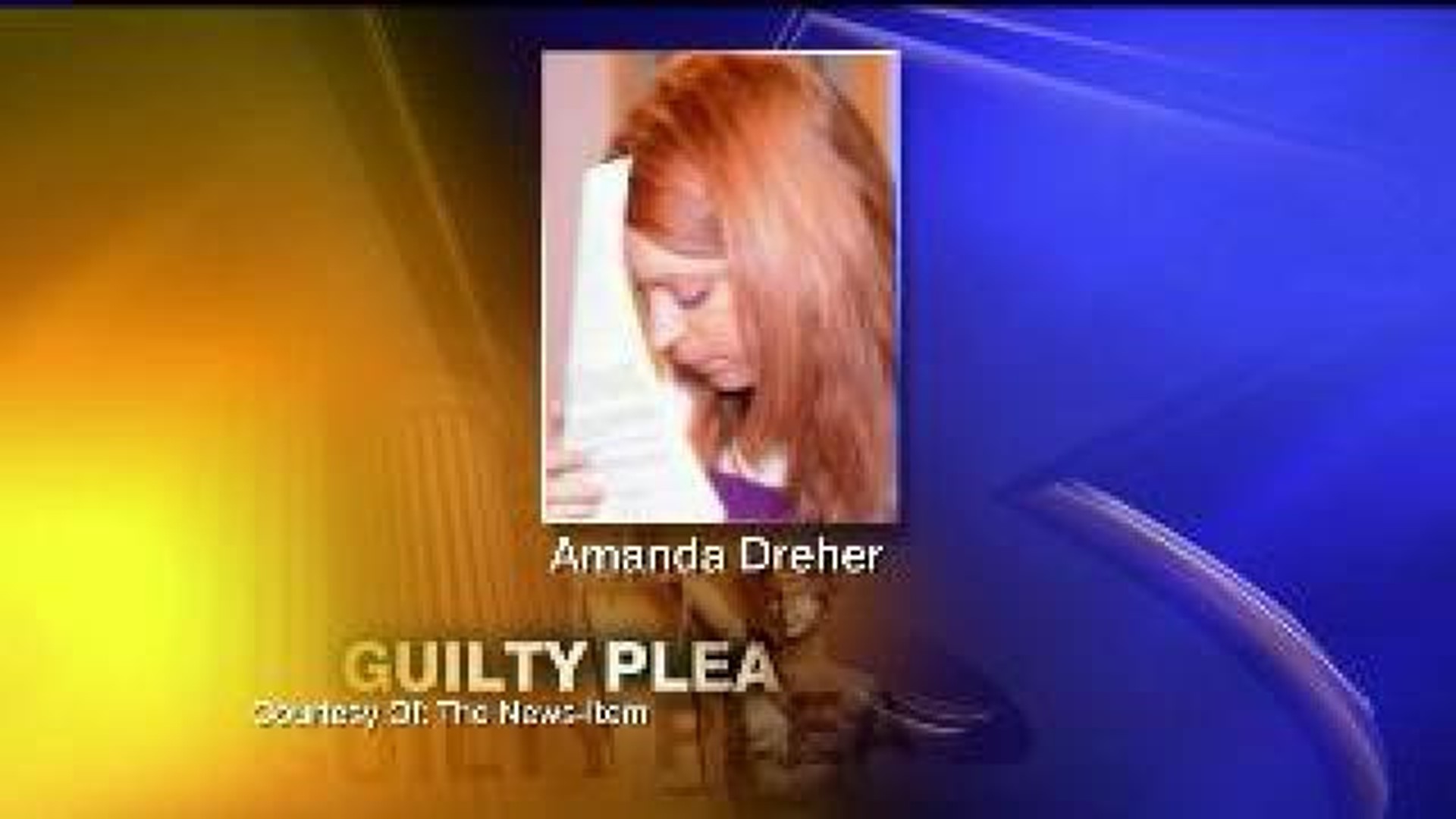 After her guilty plea, she faces at least three months in jail and will have to register as a sex offender.

Dreher pleaded guilty to one count of institutional sexual assault for having sexual relations with a high school student.

Dreher admitted to having sex with the male student three times between January and February while she was a teacher's aide at Shamokin Area Junior/Senior High School.

Police say two of the sexual encounters happened inside the school. Dreher resigned shortly after that.

"Kids are going to school to learn and not to learn about sex and I think it's wrong," said Shamokin resident Fern Vanderbeck

"They're not learning education now, they're learning other things. That's not good. I hope she really takes a look at what she has caused and what she's done," added Shamokin resident Sharon Carson.

Carson has a daughter who goes to Shamokin Area Junior/Senior High School.

"Teacher's aide, teacher, principal, it's just not good. It's not a good thing to do. People should be more aware. I think of children are children and adults are adults."

"It's good to be honest and it's not a good thing to do and for her to set an example for others who are even considering such a thing," said Peggy Shoup.

Shoup of Shamokin says even though the male student was 18 at the time, Dreher should have known better.

"As the teacher, she's the adult that should know better and should set the example."

The investigation started in March when Coal Township police were contacted by the school's principal about the incident.

Officials say Dreher must go through sexual offender assessment and must register under Megan's Law for the next 25 years.

She is set to be sentenced in about 90 days.