Swastikas Spray-painted on Buildings in Milton

MILTON, Pa. — Some people in Milton woke up Saturday morning to find swastikas spray-painted on their buildings. Others noticed their vehicles were vandal... 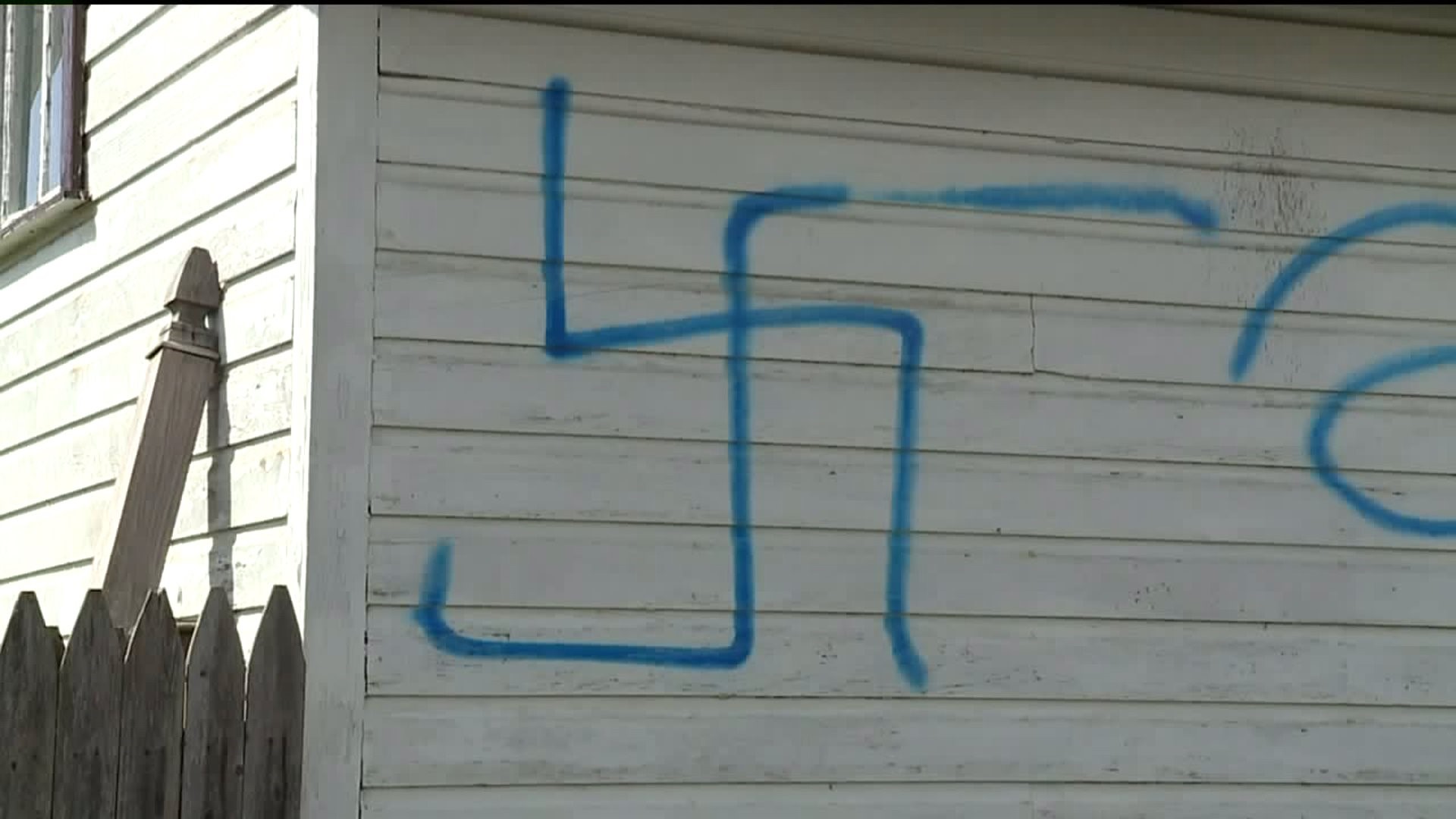 MILTON, Pa. -- Some people in Milton woke up Saturday morning to find swastikas spray-painted on their buildings. Others noticed their vehicles were vandalized.

Milton police are investigating the vandalism which some people are referring to as a hate crime. Nearly a dozen vehicles and buildings were tagged, and residents are upset.

Alyssa Park and Ryan Hoy woke up Saturday morning to a police officer knocking on their door.

"The cop asked me if there was always a blue swastika on the side of the apartment and I told him no," said Hoy.

The two walked outside to find the blue swastika spray-painted outside their apartment building.

"It's obviously a hate crime. It's not normal to this area," said Park.

Milton police are investigating the vandalism of two buildings and nearly a dozen vehicles. Cops believe they were spray-painted between Friday night and Saturday morning. The vandalism happened in the area of Schoolhouse Lane.

"It's causing a lot of rifts between people, and I just feel like we should just be more community based," Park said.

In addition to swastikas on buildings, some people are dealing with damage to their vehicles.

"I was so mad. I called my husband, but he didn't answer so I went in and woke him up and he said, 'Call the cops,'" said Michele Eisenhart.

Eisenhart came outside Saturday at 4:30 a.m. to go to work and had to miss her shift because of the spray paint on her car.

"I work very hard to make ends meet and to pay for this and it just pisses me off that someone could just come along and destroy it without even giving it a second thought."

If you have any information on the vandalism you are asked to contact the Milton Police Department.