SUNBURY, Pa. — Scott Schaeffer stood outside the Northumberland County Courthouse in Sunbury surrounded by family, friends, and supporters. Schaeffer and ... 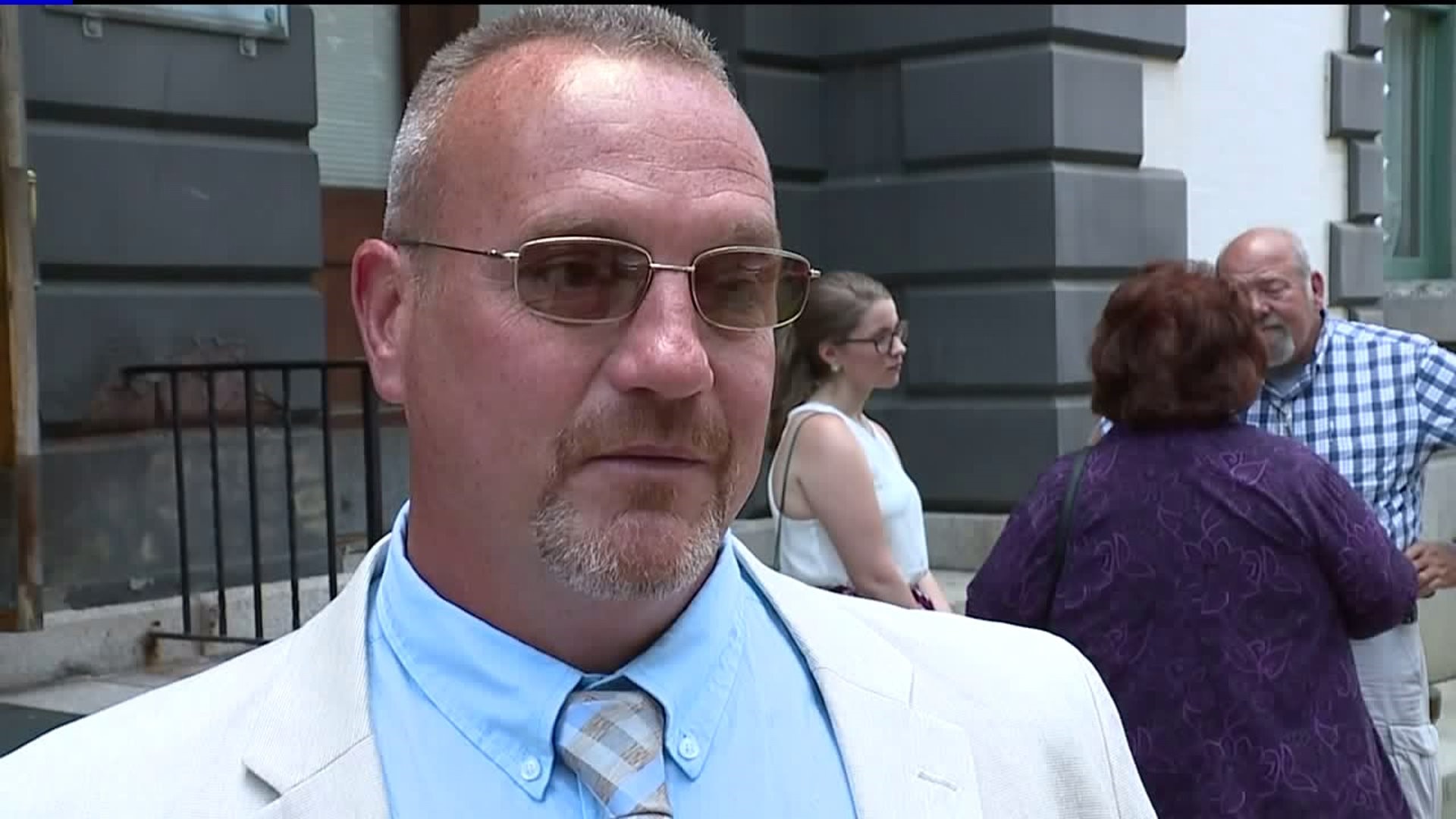 Schaeffer and another man Billy Hendricks spent 17 years in prison for a murder they say they did not commit and is in court to try and clear his name.

"We're not asking for anything special. We're not saying just let us go. Do the DNA, prove who was there, prove we weren't. That's the bottom line," said Schaeffer.

In 1989, Schaeffer and Hendricks were convicted of murdering Rickey Wolfe of Mifflinburg and they were both given life sentences.

In 2007, new evidence came out showing the men were not at the murder scene and they were given a new trial.

Both pleaded no contest to a lesser charge and were released from prison.

Earlier this year, Schaeffer filed a petition to legally prove his innocence.

"That way then the actual culprits can be prosecuted, people like Timmy can have some closure, my family can have closure," said Schaeffer.

Timmy is Tim Wolfe, the victim's son, and he was at the hearing to support Schaeffer.

"I've been on his side pretty much from the get-go. I found out he was a pretty stand up man and I believe his story," said Wolfe.

Around 75 people came to the hearing and sat in the courtroom to show their support for Scott Schaeffer.

"We want it over. It's too many years. He shouldn't have been there in the first place," said Lillian Reader, Scott's aunt.

"I want the right people exonerated or put behind bars," said Schaeffer.

Friends and family of cold case murder victim Barbara Miller were also at the hearing.

Some believe the Wolfe and Miller cases overlap.

Schaeffer is grateful for everyone's support.

"They supported me since May 9th, 1989 when they framed me for this murder. They've been to every court appearance, every court hearing, everything," said Schaeffer.