The Sunbury community has come together to help the family of a 12-year-old boy who just had heart emergency surgery. 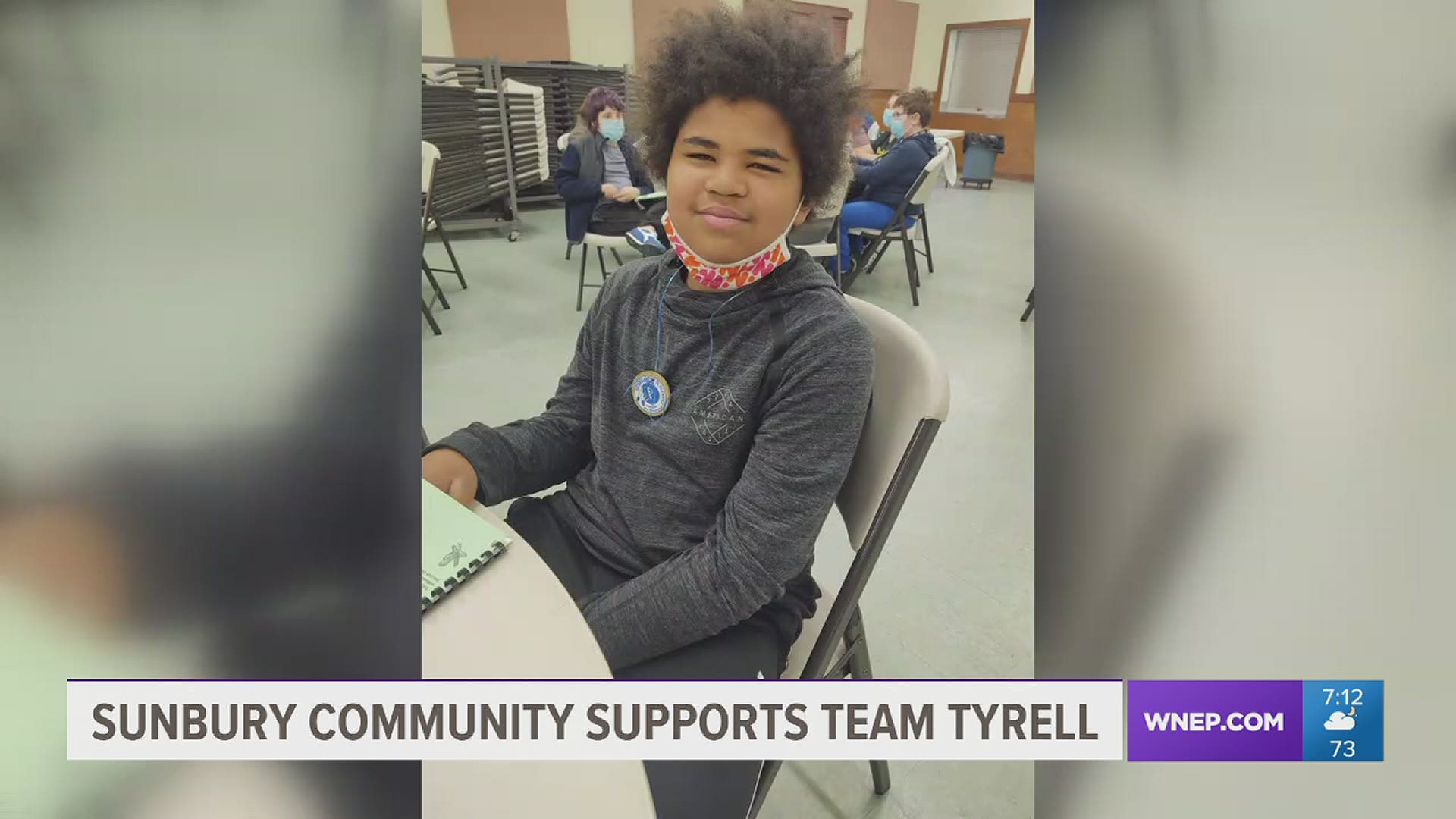 SUNBURY, Pa. — Tyrell Reese has always been a healthy kid.

But that changed last week when the 12-year-old from Sunbury felt sick, so his mom took him to the hospital.

"Within three hours, he was intubated and on life support. He walked into the ER himself," Grenell said.

Tyrell's doctors originally thought he had pneumonia, but instead, there was a hole in his heart's aortic valve.

"They rushed him to Children's Hospital of Philadelphia and performed open-heart surgery replacing his aortic valve," Grenell said.

Grenell says her nephew is still at CHOP, and he is doing well. Tyrell's mom works two jobs but is unable to since she is in Philadelphia with her son.

The Sunbury community has come together to help the family with bills while they're in the hospital.

"To help his family with medical bills and stuff," said Marlie Schleig, a classmate of Tyrell's at Shikellamy Middle School.

Schleig is raising money for his family by making these paper flowers. She is selling them for $1 each and has made over $600.

"They're kind of easy to make, so it went really fast, but we still have a lot more to do," Schleig said.

"The outpouring of love and support has been absolutely amazing. They're fantastic. We live in a great community," Grenell said.

Tyrell is expected to make a full recovery. If you are interested in supporting his family, here are some links: