MILTON — Some students in central Pennsylvania put their heads together Friday to come up with ideas on how to improve the state. It’s all part of t... 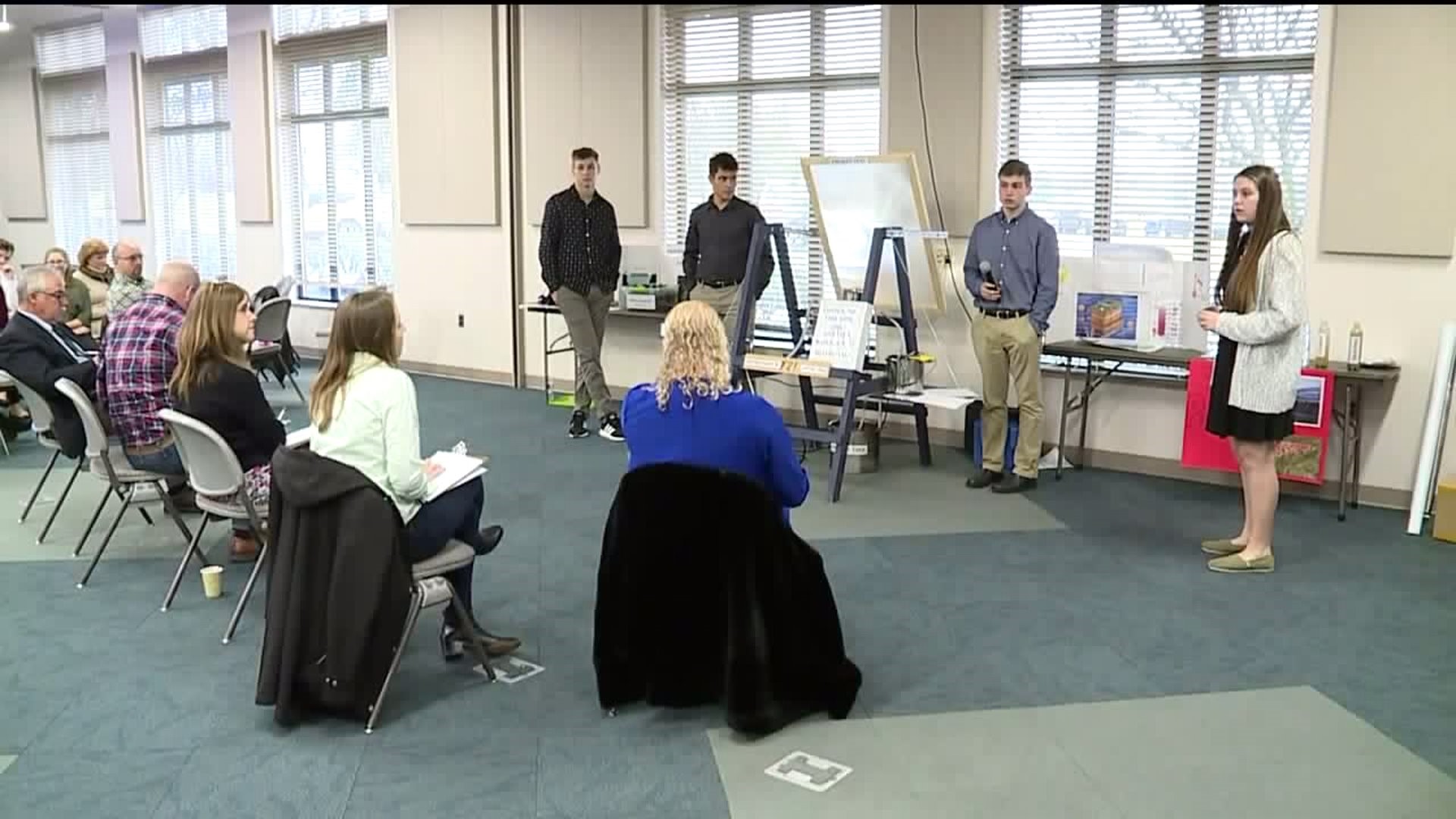 MILTON -- Some students in central Pennsylvania put their heads together Friday to come up with ideas on how to improve the state.

It's all part of the high school STEM competition.

These students are inventors and someday their products may be available to buy. But right now, the students are trying to get their ideas heard. It's all part of the regional STEM competition, through the Central Susquehanna Intermediate Unit in Milton.

"Through this project, I've extended my knowledge more. It's really nice to have a free opportunity to extend my knowledge," said Amir Saman Aseri of Central Columbia High School.

The students were challenged to build a product or come up with an idea that would change the lives of people who live in Pennsylvania.

"It keeps people from running into deer on the roads using a high-frequency sound to repel them," said Sunbury Christian Academy student Kennedy Dorman.

"It's not just those projects. The students are also judged on their problem solving and people skills," explained CSIU instructor Tanya Dynda. "Can they communicate with us? Can they critically think through a problem they are faced with and can they think as a team? There's seldom any job in this world anymore where you are in isolation, so they have to be able to develop those skills."

The team from Midd West School District in Middleburg won the competition. They get $750 to advance their project. Now they'll compete at the state level and try to win college scholarships.