One of the theater's movie screens was blown over by the heavy wind and was shattered into pieces. 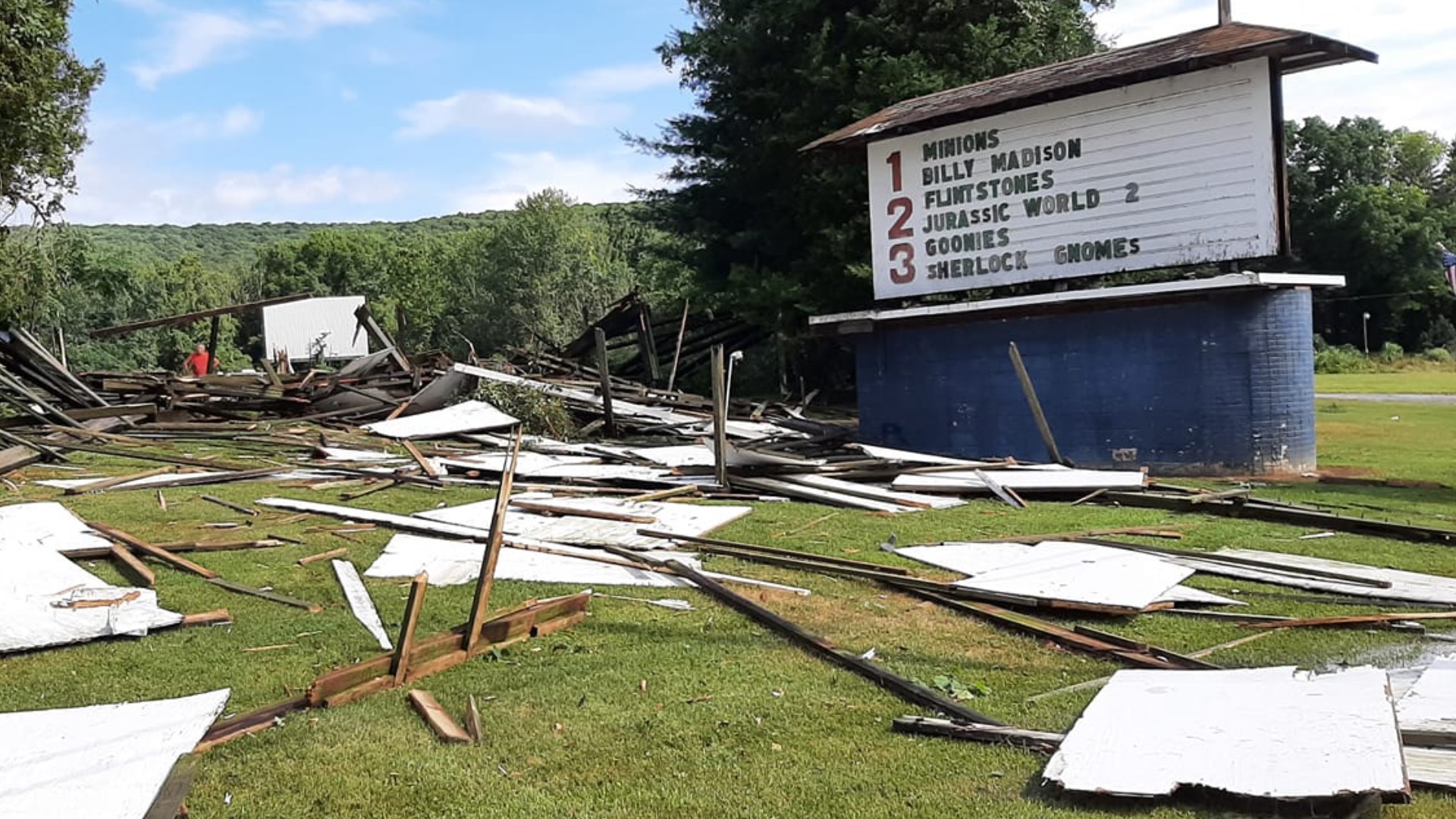 DANVILLE, Pa. — Storms swept through parts of northeastern and central Pennsylvania bringing wind and a lot of rain. One place that saw a lot of damage was the Point Drive-In, a drive-in movie theater on Route 11 near Northumberland.

One of the theater's movie screens was blown over by the heavy wind and shattered into pieces.

The Point Drive-In has three movie screens. The owner tells Newswatch 16 if the drive-in has power, movies will be shown on the other two screens this weekend.

The owner also said this is the second time something like this has happened here in 30 years and he does not have insurance. The heavy wind also blew over trees and power lines at the theater and surrounding areas.

A viewer sent us video of flooding on Route 11 in Danville. Just down the road, the wind blew a Wendy's sign out of its holder.

"I went back inside my house, looked out the door and the tree was already down on top," Karen Baylor said.

Even though a tree destroyed her car, Karen Baylor of Danville realizes how lucky she is.

"A matter of three, four minutes, I was lucky I got out," Baylor said.

That same tree damaged Keri and Nate Lysiak's house. Keri was not home at the time and thought she was coming back to a small branch in the road.

"Saw a lot more than that. My power is still on, however it is ripped away from the house," Keri Lysiak said.

Newswatch 16 found this crew cleaning up debris from a parking lot in Danville. The storm came and went quickly but the effects are long-lasting in some parts of our area.