Damage was reported in Clinton, Montour, and Northumbeland Counties 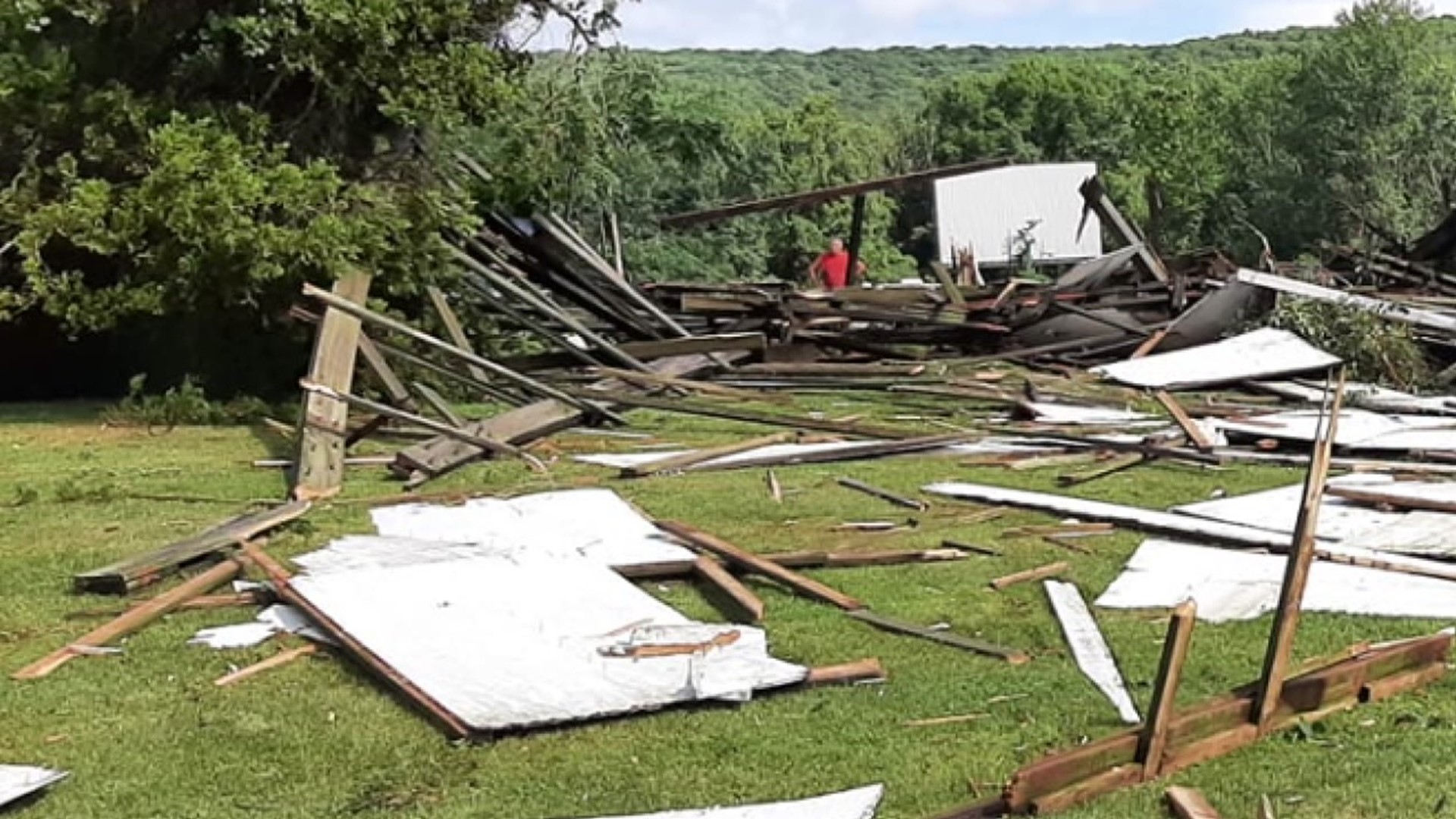 One of the screens at the Point Drive-In near Northumberland was splintered into pieces. According to the drive-in's owners, the screen is out of commission for the rest of the year, but the other two screens are still up and the drive-in in Northumberland County will be open Friday night.

A viewer says storms moved through the Mill Hall area of Clinton County around 10 a.m., collapsing the roof of a patio and tossing and mangling a trampoline. We're told no one was on the patio when the roof collapsed.

A viewer in Montour County also sent us this cell phone video of some minor street flooding in Danville. Video taken near a shopping plaza at the intersection of Routes 11 and 54, shows a couple of inches of water on the road and parking lot.

Get the latest Stormtracker 16 Forecast here.