Plow trucks drove through the borough of Northumberland. They didn’t seem to make a difference, as the snow kept falling and covering the roads. The first... 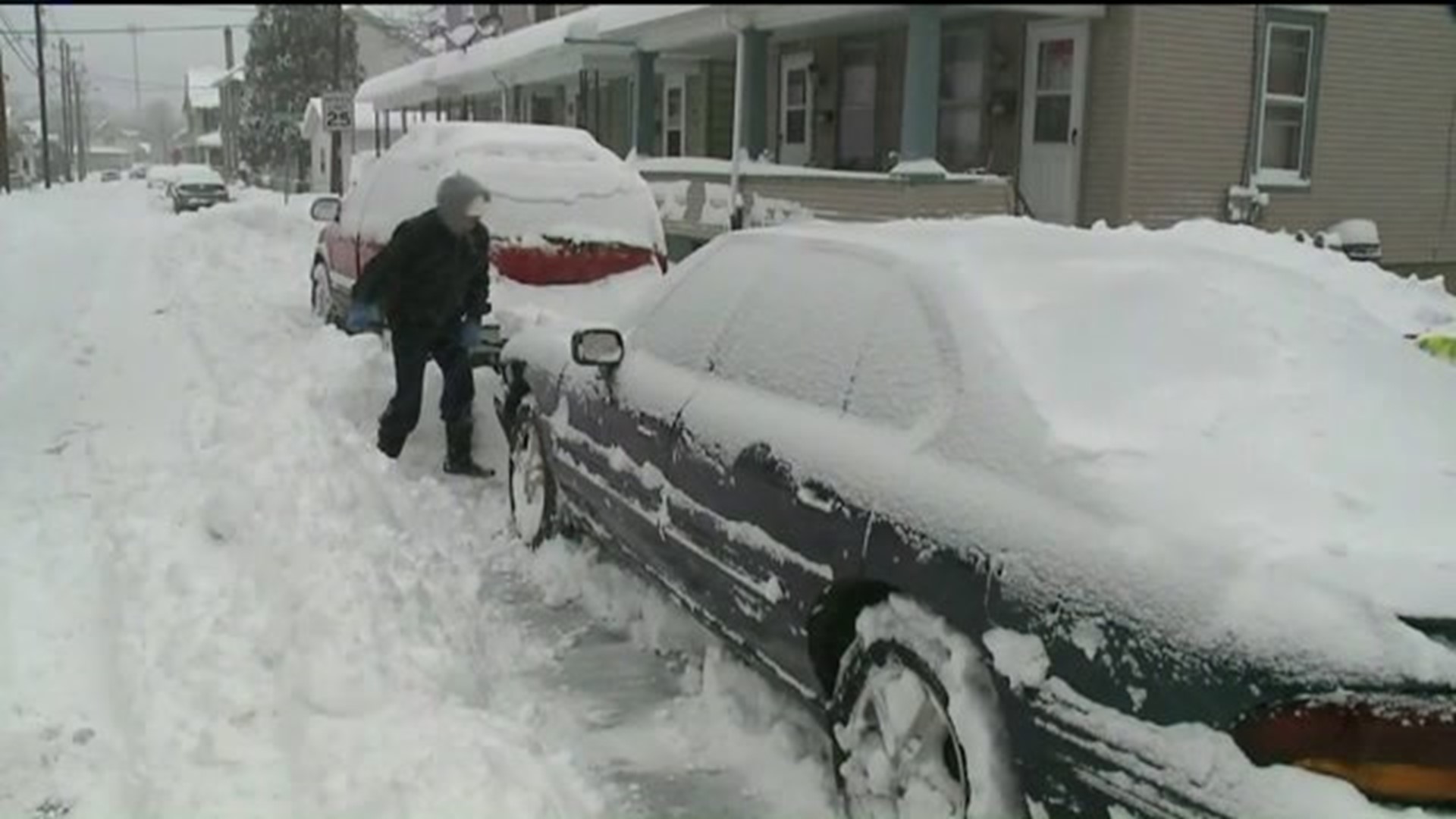 Plow trucks drove through the borough of Northumberland. They didn't seem to make a difference, as the snow kept falling and covering the roads. The first snowstorm of the season came in with a bang.

"We've been asking for it and asking for it so we got it. Don't wish for things you really don't want," Donna Long of Sunbury said.

"This is about the second time out. We were out for about two hours, I guess. Plus we have another house to go to later," Slear said.

On the other side of Orange Street, Bob Scullin plowed a family members' driveway. Scullin lives in Selinsgrove and got about a foot of snow there.

In nearby Sunbury, Market Street was quiet. Most stores were closed, and there weren't too many people driving. Instead, they were shoveling.

Not everybody's annoyed by the snow. Officials here in Sunbury closed Line Street Hill so the kids could go sledding.

"It's awesome. It's fun. I feel like all the kids should be able to do it and have the experience to go sledding," said Ulysses Mercado of Sunbury.

Throughout the day, kids from all over Sunbury enjoyed sliding down the hill. Parents who were with their children were happy their kids had a safe place to play.

"I really like that they closed it off. It gives them somewhere to sled that's actually safe," said Mark Fasbinder of Sunbury.

State and Northumberland County officials are advising people to stay off the roads unless it is absolutely necessary.