Shamokin 'stepping up' for restoration project

Work started recently to restore a popular landmark in Shamokin, and 99 Steps is expected to be finished by the end of the summer. 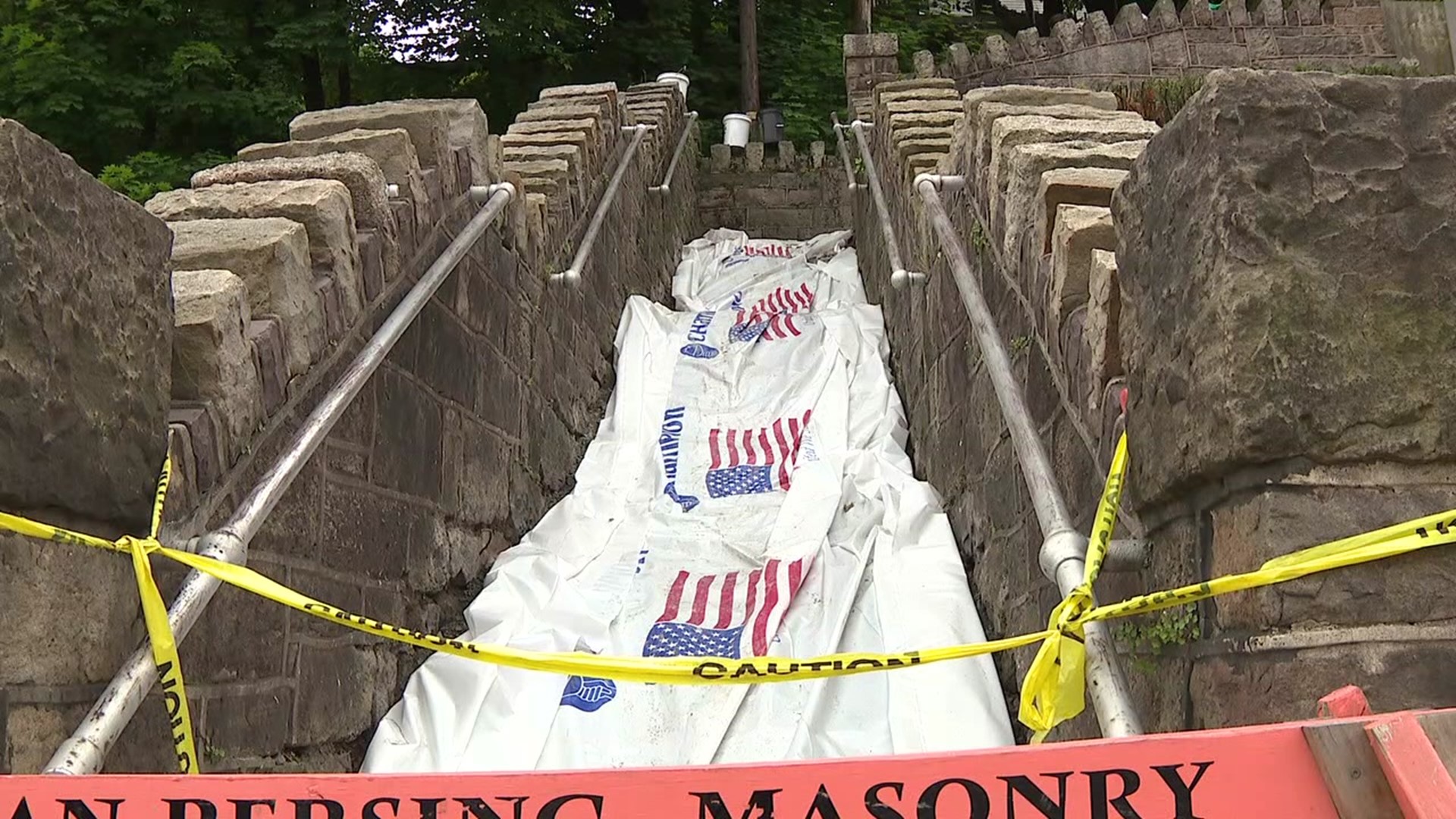 SHAMOKIN, Pa. — Workers just finished ripping out the steps from a staircase in Shamokin. It's known as 99 Steps and was built on East Lincoln Street in Shamokin in 1914.

Thousands of people used the steps every week to get to and from their factory jobs. The steps have been closed since 2008, but now the group Step Up Shamokin is raising money to renovate them. Phase one started last month.

RELATED: 'Step Up Shamokin' raising funds to save historic stairs

"Next process is to bring some sub-base in and do a light coating all the way up. Hopefully, by the end of the week, we're setting the forms down below here and then the following week, start pouring," Brian Persing said.

Brian Persing Masonry will pour the concrete at a discounted rate. Persing's grandsons are helping.

"It's pretty neat being able to see them get rebuilt from scratch," Gavin Garcia said. "I'm up there on every step taking down all the stuff, throwing it into a dumpster. Once we start laying the new ones, it will be pretty cool to see it get finished."

Even though work has started, the project is not totally funded, and the group is looking for people to step up.

"We need more. There's a lot of steps. If the folks just keep giving, keep being part of this—Step Up Shamokin, that's why it's named that way—we'll do it," said Kathy Vetovich from Shamokin Area Businesses for Economic Revitalization (SABER).

The project is expected to be finished this summer.

Donations can be made by check or money order and sent to:

We aren’t there yet!!! Don’t stop steppin yet, Shamokin!