SHAMOKIN, Pa. — Three people had to escape from a home in Shamokin after flames tore through the building. Officials are calling the home on Gold Street a... 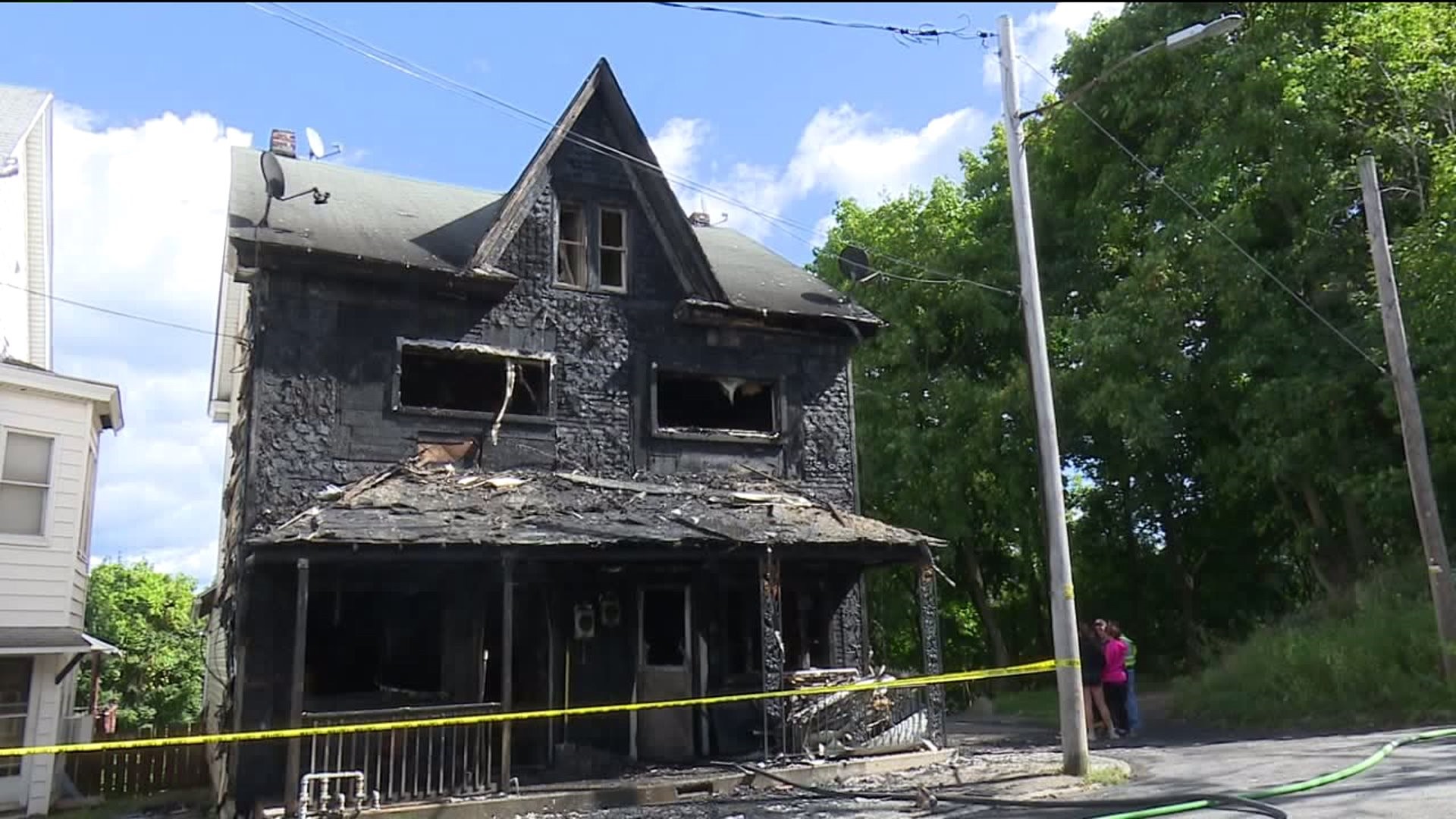 SHAMOKIN, Pa. -- Three people had to escape from a home in Shamokin after flames tore through the building.

Officials are calling the home on Gold Street a total loss after a fire broke out at 8 a.m. on Tuesday morning.

Zaner woke up to neighbors banging on her door, alerting her to the fire two doors down from her home.

"It's very scary when you see the large flames shooting out of a house," said Zaner.

Nine-year-old Coralyn Gonzalez was the first person to see the flames. She was taking her dog out when she saw two people jump off the porch at the home across the street to escape.

"It was really big. It just looked like these black clouds," Gonzalez said.

The fire is still under investigation, but Shamokin Fire Investigator Ray Siko has confirmed that three people were in the home at the time of the fire and one burn victim was treated on scene. Neighbors say five dogs lived in the home, and two puppies didn't survive.

Zaner says if it wasn't for neighbors like Coralyn and her mother, who called the fire department and then went door to door to make sure everyone got out of their homes, the situation could have been much worse.

"I am so proud of our neighbors. I am so, so proud. They saved our lives probably," Zaner said.

They may have saved the lives of those who were inside the home as well. Fire crews found no working smoke detectors in the home.

Neighbors tell Newswatch 16 this is usually a quiet street, but when something bad happens, everyone pulls together to help out.

"Other neighbors are very concerned, 'Can we do anything? Can we give you anything?' That's Shamokin. If there's somebody that needs help, the Shamokin people will stand up and help them," Zaner added.

Fire crews were on the scene for most of the day to make sure the fire did not reignite.

There is no word on the condition of the burn victim or a cause of the fire.