In total, volunteers say they gave away 800 meals in just one hour. 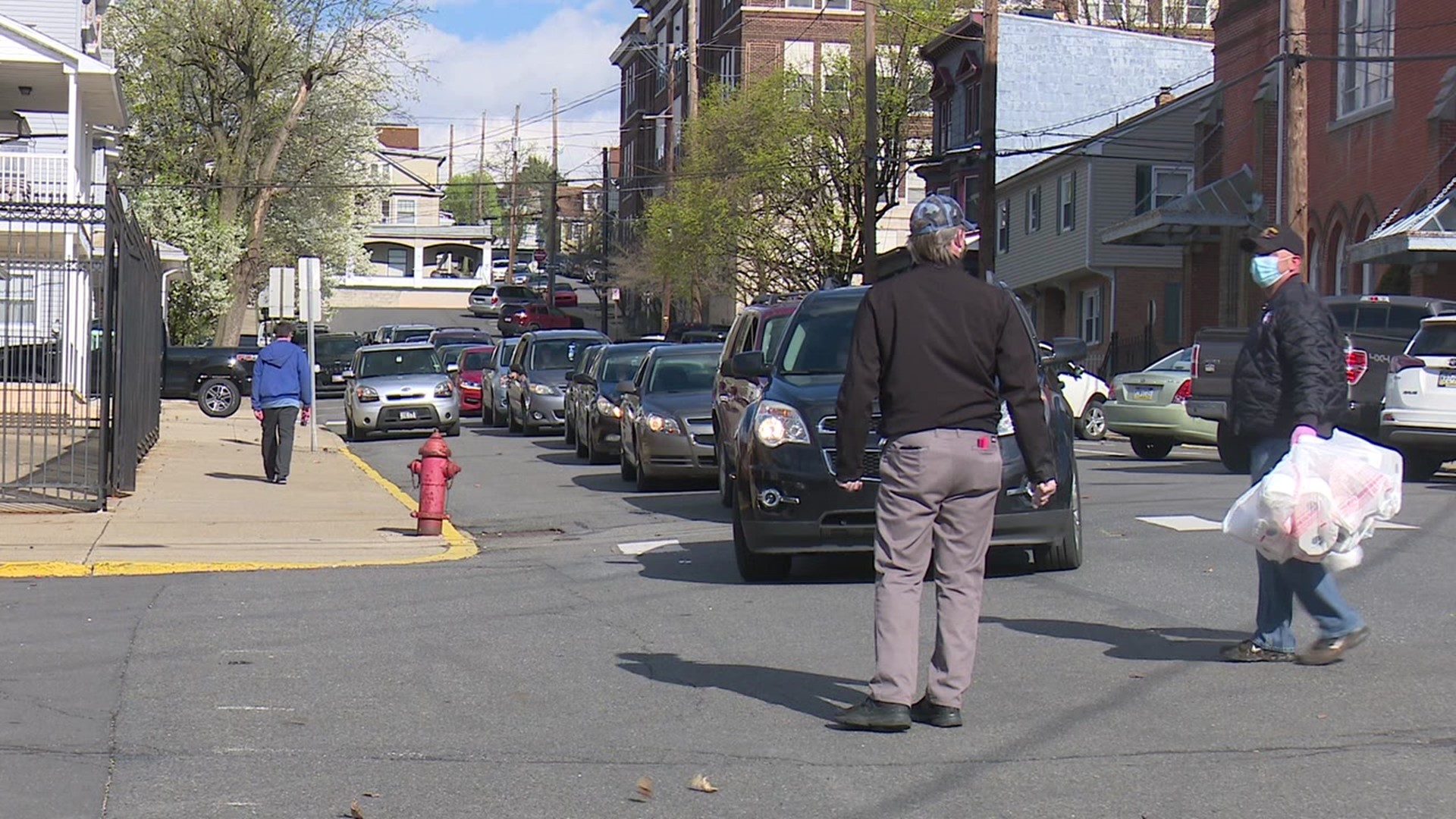 SHAMOKIN, Pa. — Another aspect of the pandemic is the increasing economic toll it's taking on many families.

In Northumberland County, 800 free dinners were handed out to families Thursday evening.

The meals were assembled and distributed by teachers in the Shamokin Area School District.

A line of cars circled the block as people waited to pull up to the school's annex building.

Once there, teachers in the district were waiting with free bagged dinners to hand to families.

Giving out free meals was something the teachers and the school board came up with after seeing the high turnout at the school district's free breakfast and lunch program at this location.

Those meals started when the schools were ordered to close last month.

"We're giving out like 1,800 every day since school was closed, so the teachers came up with an idea, they wanted to do a spaghetti night, so then they called me," said school board member Brian Persing.

Persing, along with the teacher's union and a restaurant, sponsored the pasta dinner giveaway.

While this giveaway was preplanned, it just happened to fall on the same day Governor Wolf announced that schools will remain closed through the end of this school year.

Teachers say it's been tough not being with their students.

"You just miss that face to face interaction with the kids," said teacher Mandy Stine. "We didn't find out that school was closed for the initial two weeks until after the kids had left for a Friday, so there was no goodbyes, no preparation for us, for them."

In total, volunteers say they gave away 800 meals in just one hour, showing there's a clear need for this.

"It's been pretty hard, especially financially, we haven't gotten anything from the government, or anything yet, she hasn't got her unemployment or anything," said Terry Chism, pointing at his wife.

And along with free dinners, volunteers also gave each car a bag of toilet paper.

"They gave us toilet paper too, and it was just like, it just warmed our hearts for them like that was really nice," said sisters, Cheynne and Estella Wolf.

Persing says teachers from Shamokin Area plan to provide free dinners once a week at this location through the end of April.