SUNBURY, Pa. — A rock slide has a road closed in Northumberland County. Route 147 from 2nd Street in Sunbury to Brush Valley Road just outside of town in ... 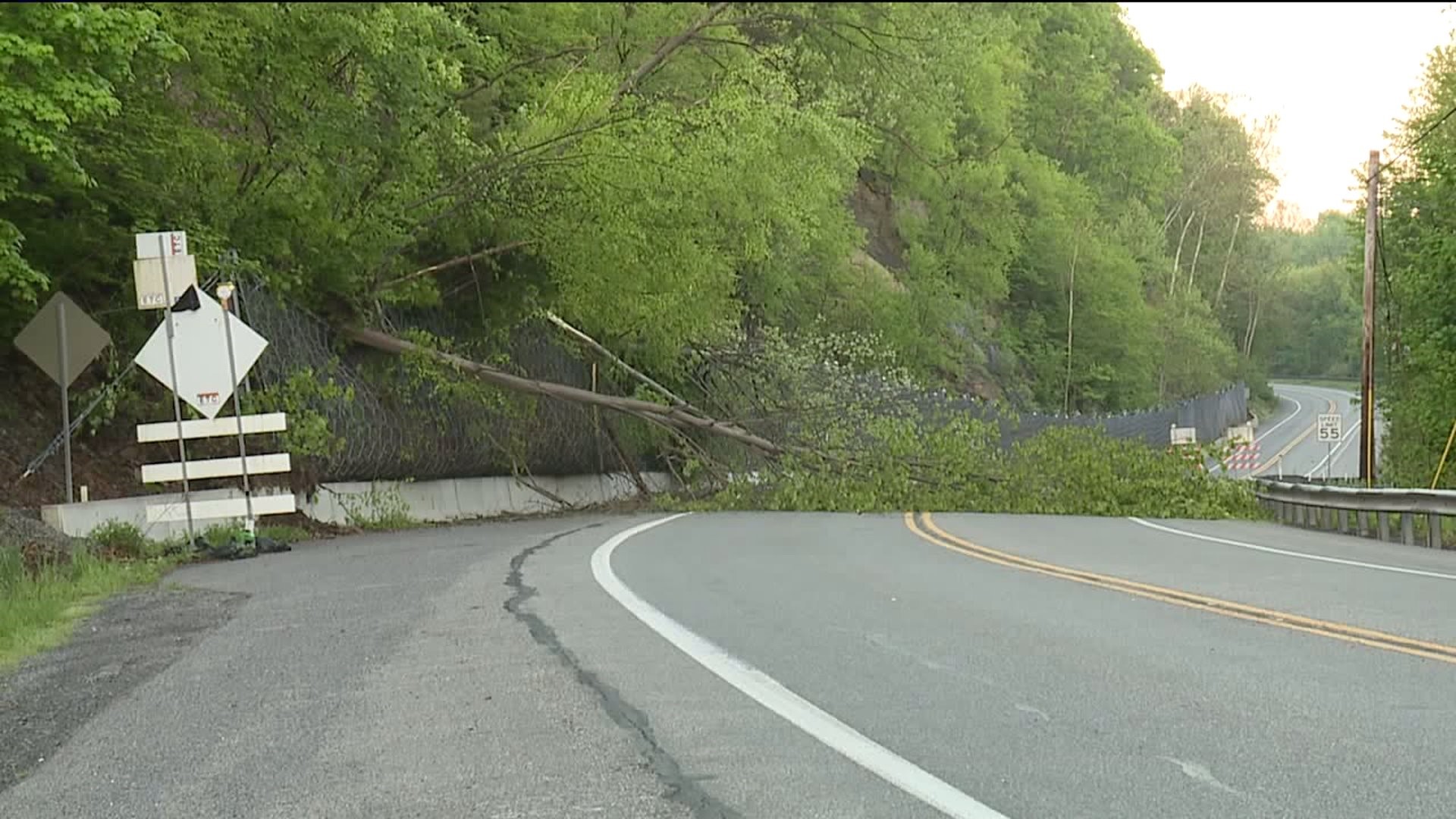 SUNBURY, Pa. -- A rock slide has a road closed in Northumberland County.

Route 147 from 2nd Street in Sunbury to Brush Valley Road just outside of town in Upper Augusta Township is closed. PennDOT officials say there was a rockslide around 6 p.m. on Monday.

Trees, rocks, and debris are blocking the roadway.

"One of my friends tagged it on Facebook and I was like, 'Oh, this is cool.' The detour isn't terrible as long as you know how to get through it," said Mike Weaver of Sunbury.

Drivers pulled over to figure out how to get around the closure.

"I was sort of surprised. I didn't even know it until I come here. I'm not from around here, I'm from down near Richfield, Pennsylvania. It's one of the things. I'll see if I can find my way around it or go home," said Ted Graybill of Richfield.

PennDOT officials said the fence around the rockslide is fairly new, installed in the past few years for reasons just like this to protect the roadway.

"It's doing its job well. it's holding all the debris back, other than the trees coming down, it did its job. it's protecting the roadway," said PennDOT maintenance manager Corey Pisarz.

PennDOT says after the cleanup here, crews will repair that fence and put it back up.

As for what caused the rockslide, officials said rain, no doubt, played a role.

"I mean it's part of nature, part of life, unfortunately, it rained a lot this weekend, so I think that has a bit to do with it," said Brandi Anderson of Northumberland.

Rt 147 closed between Sunbury and Upper Augusta Township bc of rockslide and downed trees @WNEP pic.twitter.com/zZYKENzaiz

Early Tuesday morning, a truck went through barricades here before finally turning around.

In the meantime, a detour is in place using Routes 890, 61 and Brush Valley Road.

There's no word when the rockslide will be cleared. 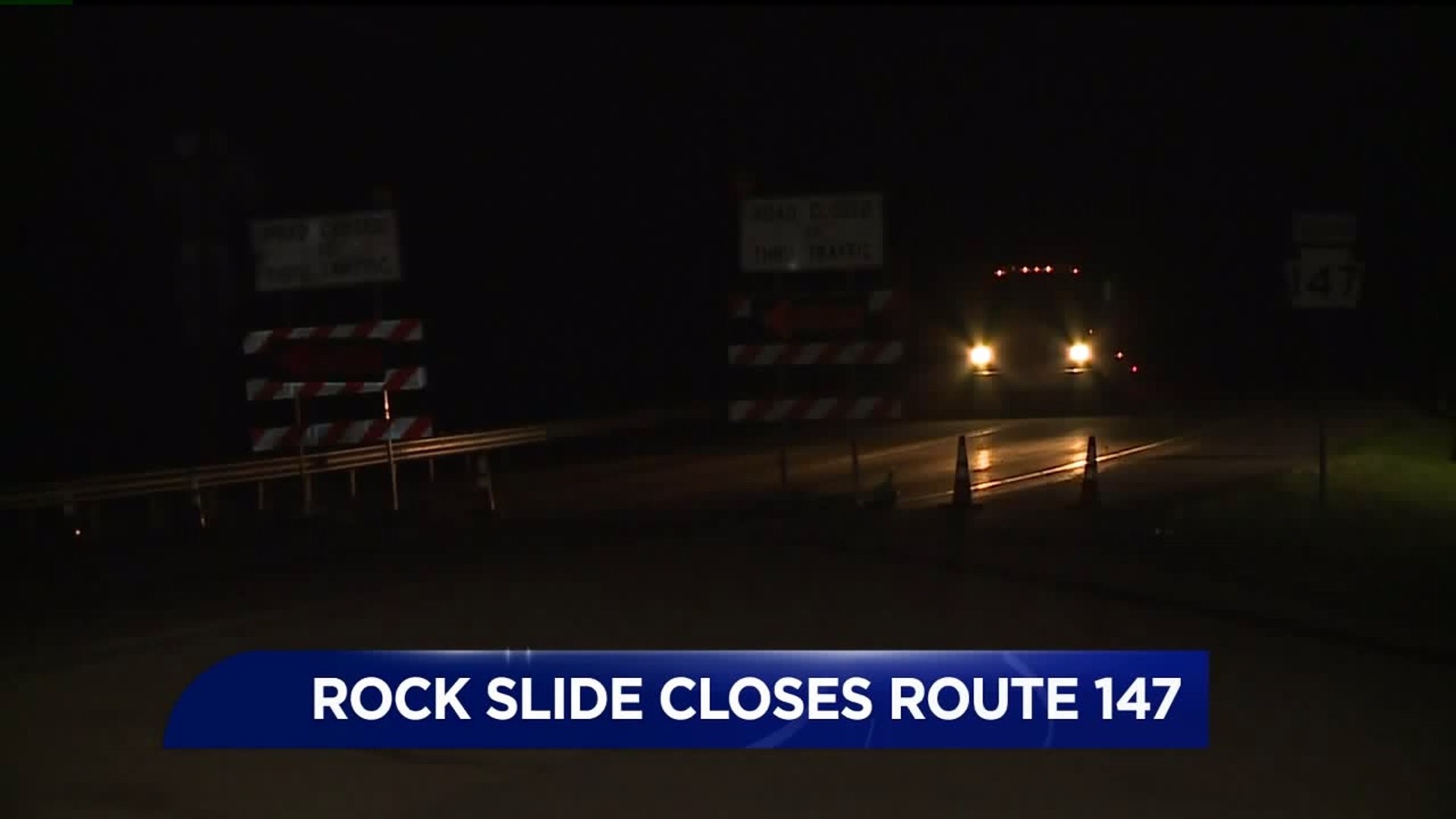