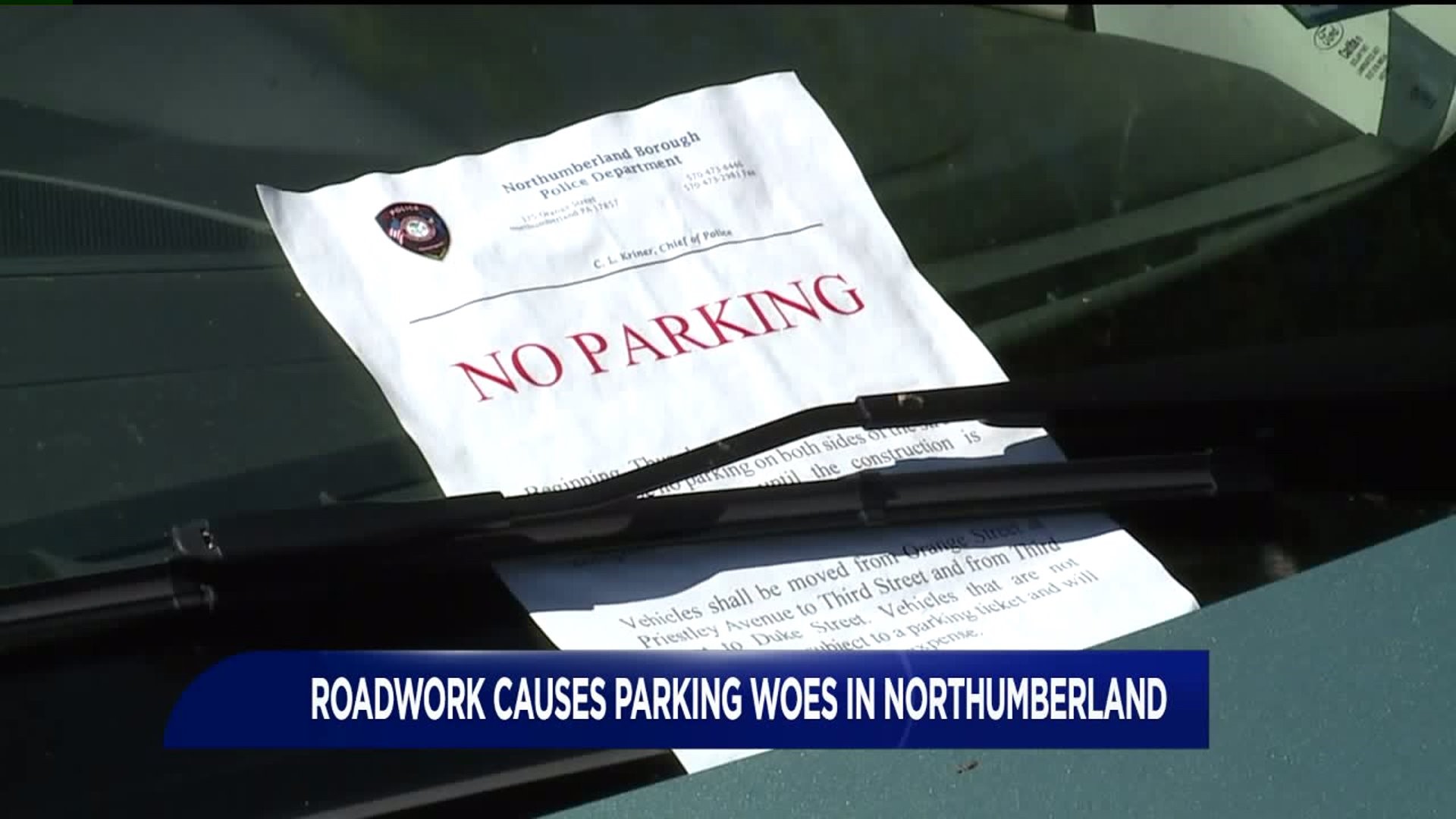 The project has been going on for about three years, but in a recent development, the borough is now telling people they can't park in front of their own houses for the next three months.

People who live on both Orange and 3rd Streets in Northumberland woke up to fliers on their vehicles. People who live there can't park in front of their houses because of the next phase of the Duke Street project.

"There's a lot of older people here so if they have to park far away and they have to walk, it's just crazy. It seems like they could have made a little bit better arrangements," Peggy Burgess said.

There are two new detours set up to reroute truck traffic outside of town, and the parking situation is tricky for people who live here.

The borough didn't offer any parking recommendations for residents, saying, park where you can find an open spot.

One place that's going to be affected during this phase of the project is the Priestly Forsyth Memorial Library in Northumberland.

"With it being this bad, I'm seriously thinking we're not going to see much traffic at all," said library director Jeff Johnstonbaugh.

This phase of the project involves King and Front Streets, one of the busiest intersections in Northumberland. That's where the library is located.

"They're going to try to keep the flow of traffic close to the library so that we can feel the crunch of some numbers, but not total inaccessibility," Johnstonbaugh said.