LOCUST GAP, Pa. — People who live in one part of Northumberland County have had it with speeding drivers. More than 100 residents signed a petition to low... 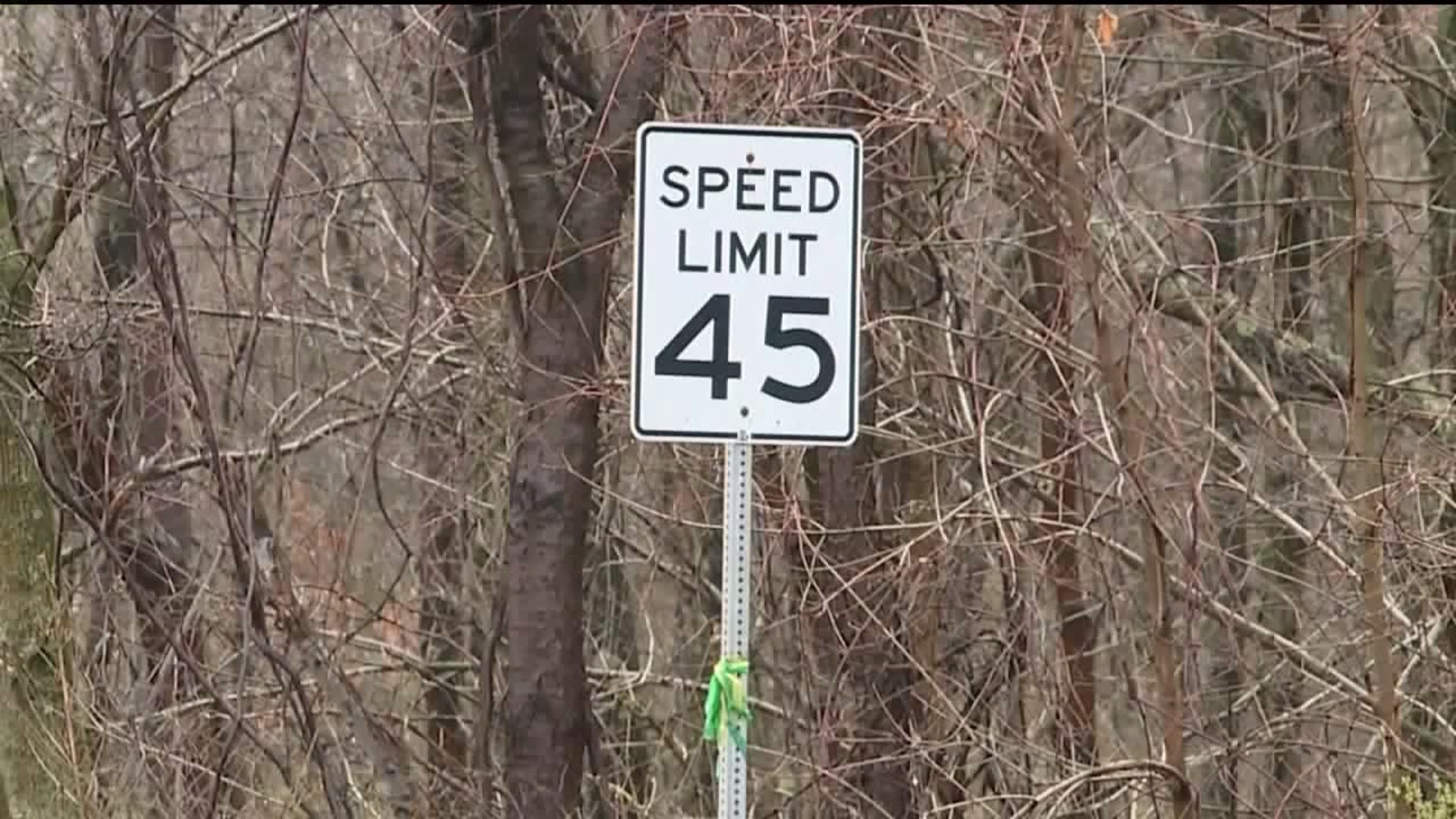 LOCUST GAP, Pa. -- People who live in one part of Northumberland County have had it with speeding drivers. More than 100 residents signed a petition to lower the speed limit on a road near Mount Carmel.

Right now, the speed limit on Routes 901 and 54 near Mount Carmel is 45 miles per hour. Some people who live in the community of Locust Gap believe if it is lowered to 35 miles per hour, the roadway will be safer.

"The kids with the playground crossing and everything else, pedestrians definitely can't cross there anymore," Patricia Laughlin said.

Recently some residents signed a petition regarding the traffic on Routes 901 and 54.

"Someone came and asked me to sign it for a traffic light and I thought that was an excellent idea," Anne Kleman said.

"I would like to see a light down there, maybe stop the speeders," Carol Rosetta said.

In addition to a traffic light, the petition asks PennDOT to lower the speed limit here from 45 to 35 miles per hour. More than 100 people signed the petition.

Some residents tell Newswatch 16 they are hopeful but they don't think lowering the speed limit will work.

"I don't think it's going to help unless they police it constantly there because it's 45 now and it's definitely not what they're going," Laughlin said.

Even so, Patricia Laughlin is optimistic because she believes a change is needed.

"I know for a fact how many times and how many accidents we had seen down here," Laughlin said.

The Mount Carmel Township Supervisors will now send a letter to PennDOT requesting the speed limit be reduced from 45 to 35 miles per hour, and to possibly put a traffic light at that intersection. After that, PennDOT can come and do a speed study.