Preparing the Park for Opening Weekend

KNOEBELS AMUSEMENT RESORT — Knoebels Amusement Resort near Elysburg is not open yet but the park is busy. Employees are preparing for opening weekend, whi... 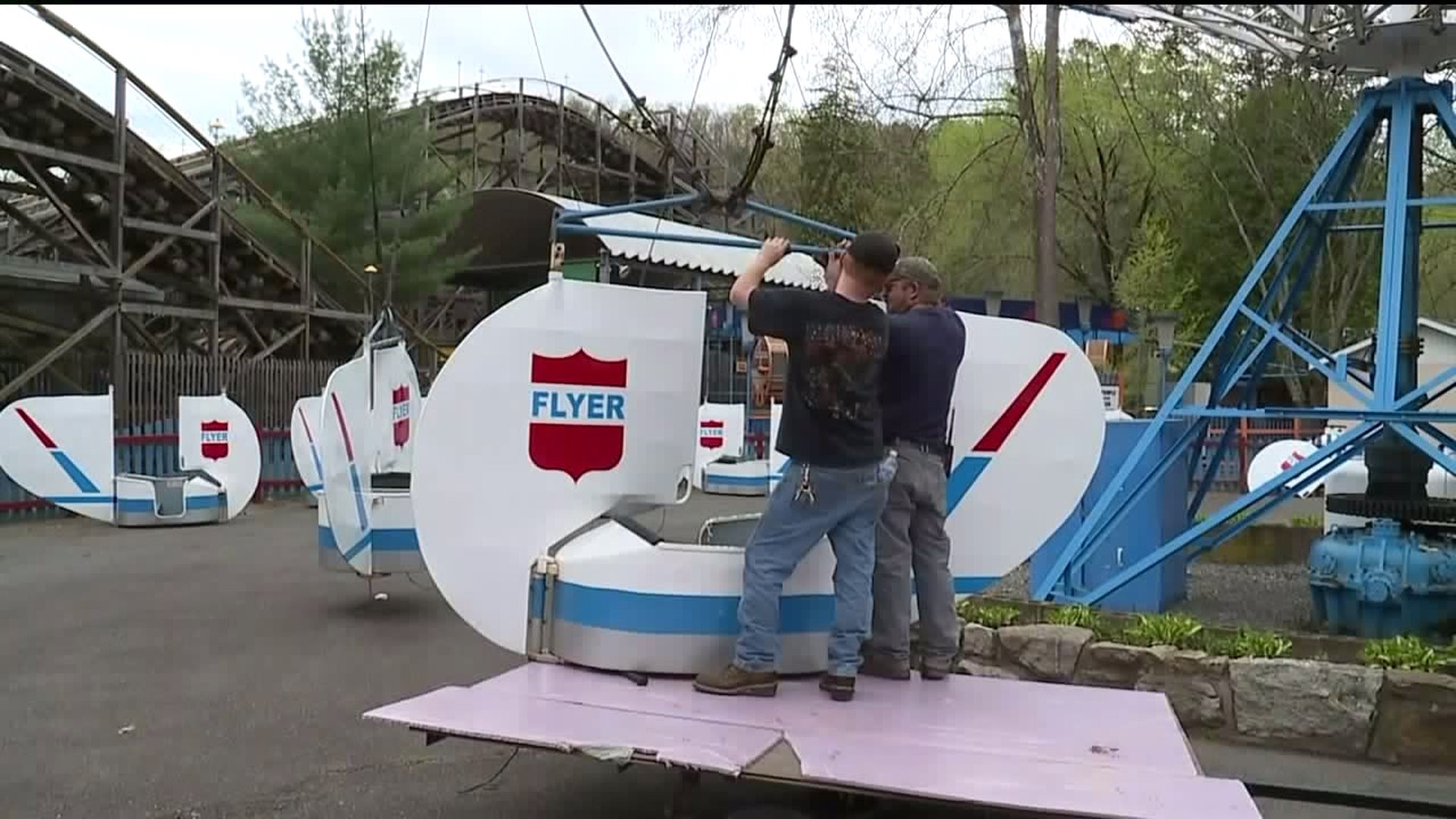 KNOEBELS AMUSEMENT RESORT -- Knoebels Amusement Resort near Elysburg is not open yet but the park is busy. Employees are preparing for opening weekend, which is just a few days away.

"Since then it has just been a whirlwind trying to get everything together. The equipment to make sure it works, getting the menus together, the pricing, delivery of it," Tony Rodriguez said.

"It's a surprisingly thrilling family ride. The ride cars themselves spin in a circle and the platform that the cars are sitting on spins in a circle," Stacy Ososkie said.

And an old favorite got an upgrade. There is a brand new "Down Draft" ride.

"It is on site. Our team is working to assemble it right now and it should be open sometime soon," Ososkie said.

Knoebels has several new food items this year including a deep-fried chicken and waffles sandwich.

There are quite a few new other foods at Knoebels this year, including Pop-Tart ice cream sandwiches and gourmet grilled cheese.

"It was a long winter waiting for them to open," Robert Lopata said.

Robert Lopata of Dupont watched employees prep for opening day. He is excited.

"I'll be here 40, maybe 50 times from when it opens this Saturday to the end of October," Lopata said.

Knoebels Amusement Resort opens Saturday with buy one get one free ride passes.