The announcement gives parents another decision to make. Will you let your children get the shot? 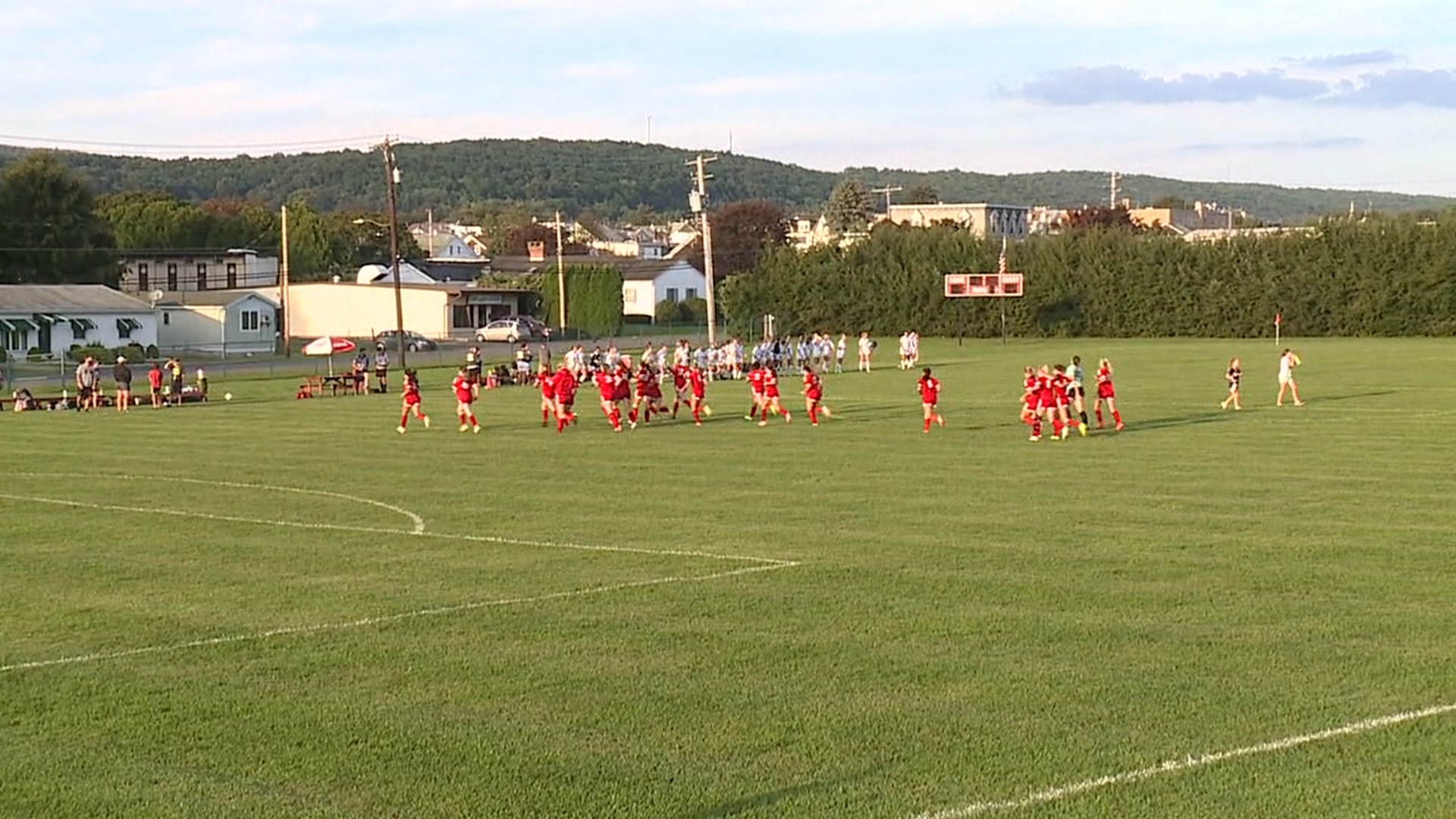 NORTHUMBERLAND COUNTY, Pa. — Parents stood on the sidelines to cheer on the girls' soccer teams from Southern Columbia and Mount Carmel Monday night.

Many had heard the announcement from Pfizer that its vaccine is safe and effective for children from 5 to 11 years old.

Southern Columbia parent Russell Leshinski says he has no problem having his 10-year-old son get the shot.

"Very effective, very efficient, very safe. Again, no hesitations, my 14-year-old daughter was vaccinated when it was available. My wife and myself and everyone in our immediate family."

Pfizer said it tested more than 2,200 children in that age group.

It still followed the two-dose application but used a lesser dose than the amount given to people ages 12 and older.

Pfizer says since July, pediatric cases of COVID have risen by 240 percent, showcasing the need for vaccination.

In the borough of Mount Carmel, parents were split

"I'm actually not really sure. I guess I would wait a bit to see the outcome of some of the kids before I went ahead with it," said Amanda Vecovich.

"Because it's spreading more and more around the country. It's becoming a big issue around the world," Chordero Tanney said.

Pfizer said it plans to share its data with the Food and Drug Administration and other regulators in the hope of getting full government approval.

RELATED: US panel backs COVID-19 boosters only for elderly, high-risk