SELINSGROVE, Pa. — Drivers in central Pennsylvania will have to get used to sitting in traffic on Route 15 for another couple of years. PennDOT says the C... 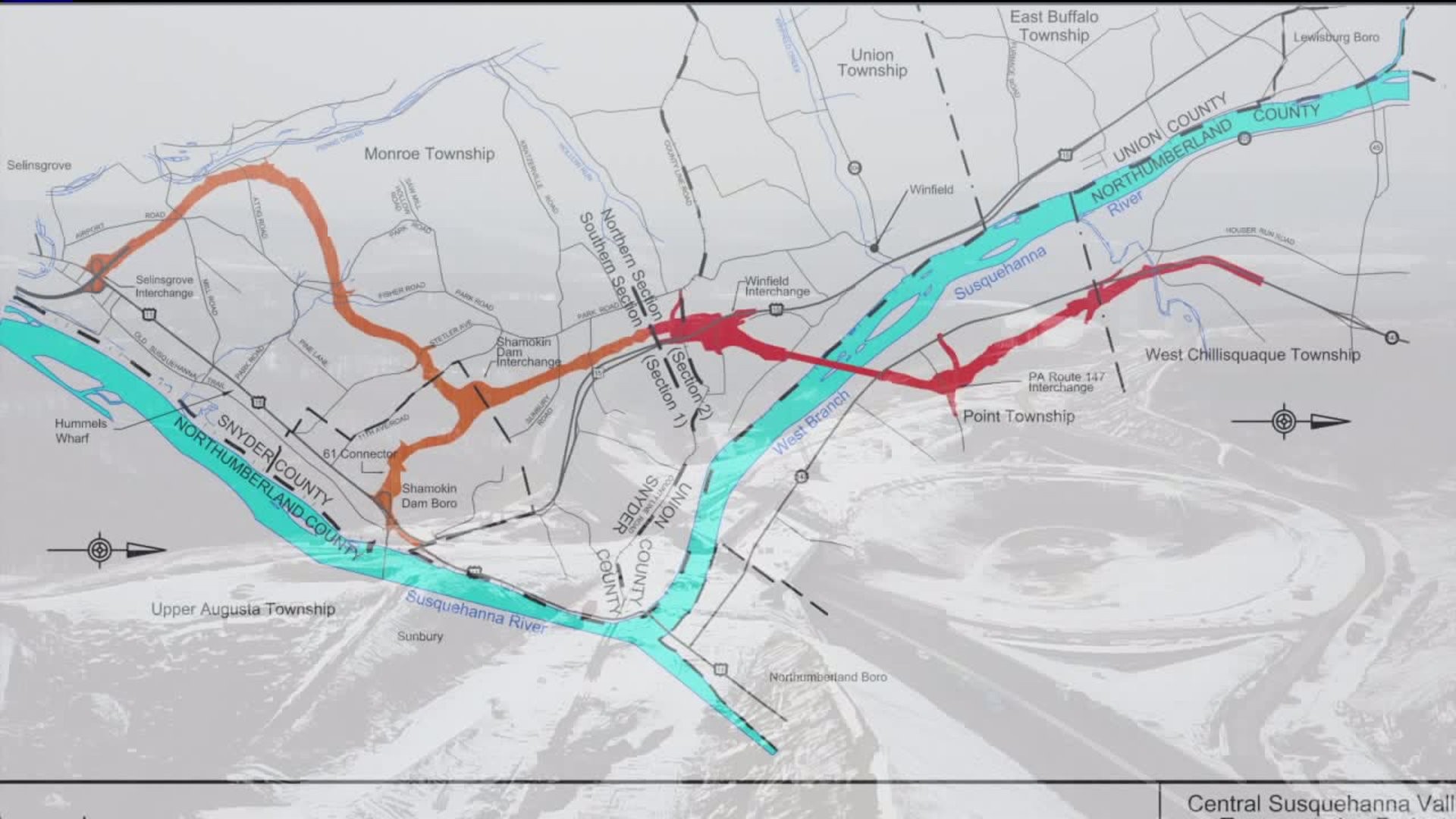 SELINSGROVE, Pa. -- Drivers in central Pennsylvania will have to get used to sitting in traffic on Route 15 for another couple of years.

The project pushback is heavily affecting those that live nearby.

It's a familiar sight for anyone who lives between Winfield in Union County and Selinsgrove in Synder County: traffic backed up on Route 15.

PennDOT has been working on an alternate route for years. The Central Susquehanna Valley Thruway was originally scheduled to be completed by 2024 but has now been pushed back to 2027.

"2027? That's a long ways away! I was expecting it before that," said Mary Louise Beck of South Williamsport.

"When you're expecting it to be only a couple more years and even 2024 is still five years away, but that's a long time," said Jennifer Klinger of Ralpho Township.

The thruway is a 13-mile, four-lane highway that would take congestion away from Route 15. PennDOT says the project was delayed because officials needed to modify the design to avoid ash basins in the southern part of the thruway near Selinsgrove.

PennDOT has recently received environmental clearance from the Federal Highway Administration for the realignment of nearly two miles of the project to avoid two existing fly ash waste basins in the Shamokin Dam area.

"I would rather they do it right than try to do it fast and try to cut corners," said Lisa Taylor of New Columbia.

Meanwhile, work on the project's northern section near Winfield is 75 percent complete. PennDOT says that section is expected to be open to traffic by 2022.

"That should be helpful to help get some of the traffic. This is the long back up here, this stretch through here," Klinger said.

PennDOT says the project originally cost about $670 million, but with the new design, it will cost $865 million.