RALPHO TOWNSHIP — Knoebels Amusement Park in Northumberland County is often filled with people and has some traffic snags during busy summer weekends, but... 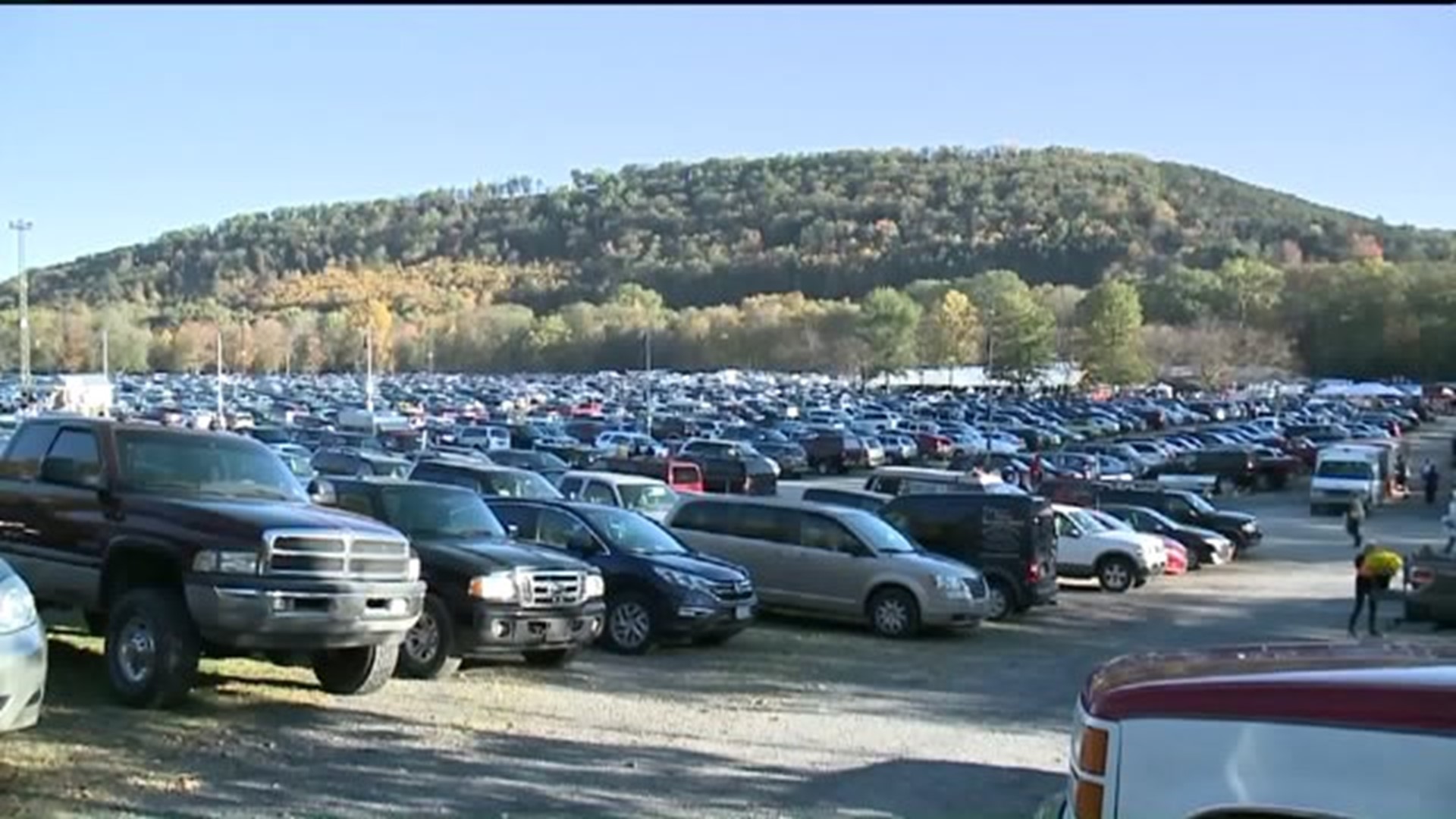 RALPHO TOWNSHIP -- Knoebels Amusement Park in Northumberland County is often filled with people and has some traffic snags during busy summer weekends, but on Saturday, the park was so full that the parking lot was closed!

It was a beautiful day to visit Knoebels and folks would agree. Management says Saturday was shaping up to be a record breaker. Earlier in the day, they were even asking the public to consider coming Sunday instead.

While it looks like people on the rides were having a great time, some folks say the journey to the amusement resort was an ordeal.

Crisp fall sunshine and several special events attracted enough people to pack the park and clog roads in the area.

"We left at 12 p.m. We got here at 3:30 p.m. It was horrendous, the traffic barely moving," said Carol Seigfried of Berwick.

If you think the crows are going to thin out around dinnertime, think again. The Phoenix Fall Fun Fest means people just keep coming.

With the parking lot at capacity, hundreds of people parked at Southern Columbia High School, several miles away, and took the shuttle bus.

However, some folks saw the line and headed home.

"He said the parking is here and we said 'Oh.' 'Are you going to come back.' Maybe in a few weeks," said Amy Llewellyn of Wilkes-Barre.

The park is open until 10 p.m. Saturday. The good news, park officials expect some parking to open up here as some people leave for the day.