MOUNT CARMEL, Pa. — A mural honoring every branch of the military is going up on the side of a VFW in Northumberland County. It’s appropriately call... 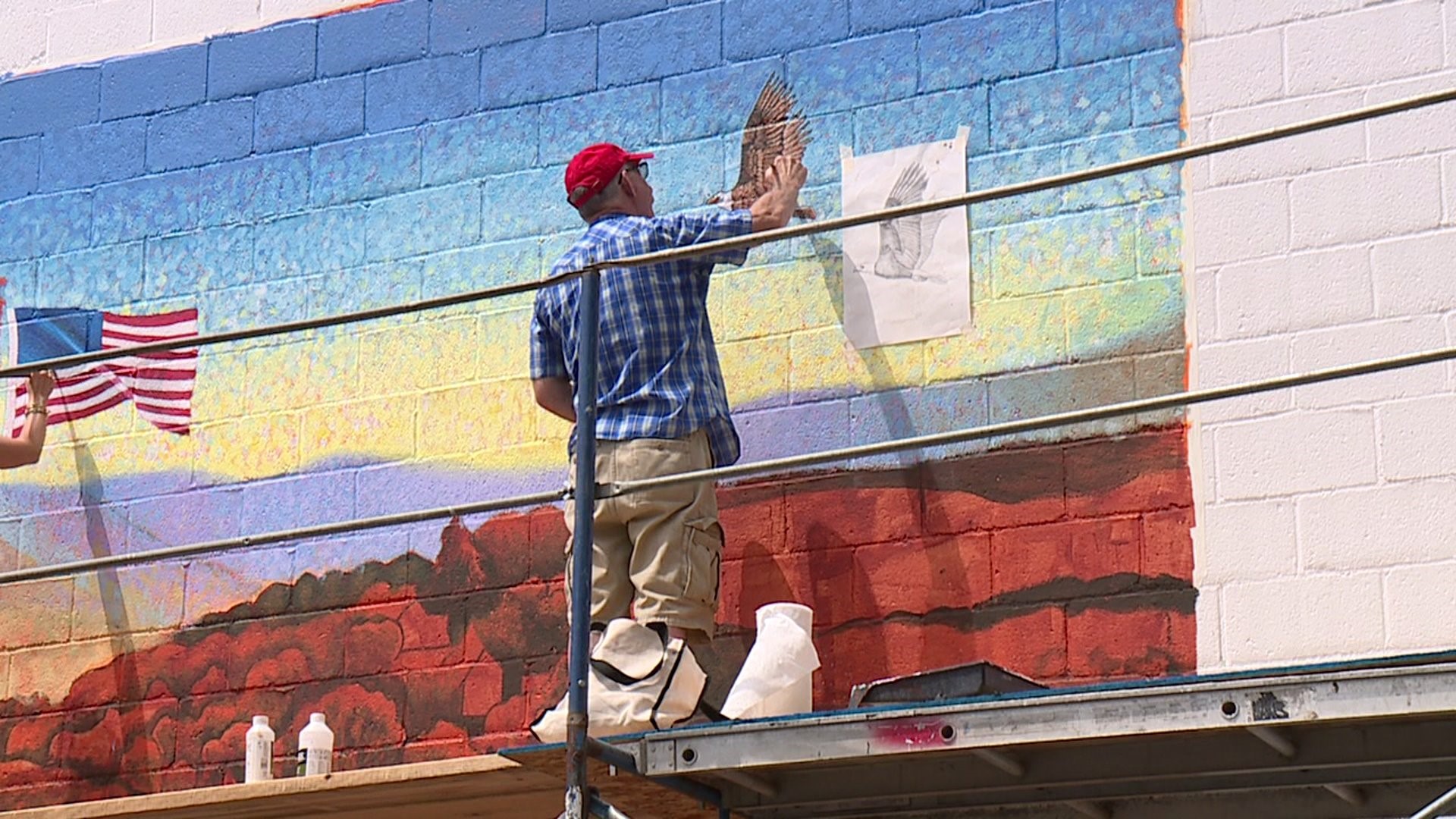 MOUNT CARMEL, Pa. -- A mural honoring every branch of the military is going up on the side of a VFW in Northumberland County. It's appropriately called "America the Beautiful," and the artist wants people to see it and appreciate the sacrifices made by our veterans.

For Mark Sassani of Mount Carmel, each paint stroke is in honor of a veteran. We caught up with the artist as he and a few others painted a wall mural on the side of the VFW in Mount Carmel.

"A lot of people died for America for our liberties and our freedoms, and these people put their time in and tried to help our country, and I think that is important," Sassani said.

Sassani tells Newswatch 16 he has been working on the mural for two weeks. He painted emblems for each branch of the military under the mural.

"I wanted to give something to the vets because what I mentioned to you before. My dad, several uncles, three brothers were in the military various branches."

The mural depicts a mountain landscape that people can also find outside of Mount Carmel.

"It is a local landscape from over near Lavelle. If you are over near the sight as I mentioned to you before, I tilted the landscape so you can see more of the mountains."

John Minnig is commander of VFW Post 2110 in Mount Carmel. He says now veterans can look at the wall mural and reflect.

"It is real important we appreciate anything that anyone does for the veterans no matter who they are, especially someone with Mark's talent," Minnig said.

An artist's work is never done. Next, Sassani plans to paint other patriotic paintings inside the VFW in Mount Carmel.