POINT TOWNSHIP — Three people in Northumberland County are being called heroes after saving a woman’s life. For the first time, they are speaking ou... 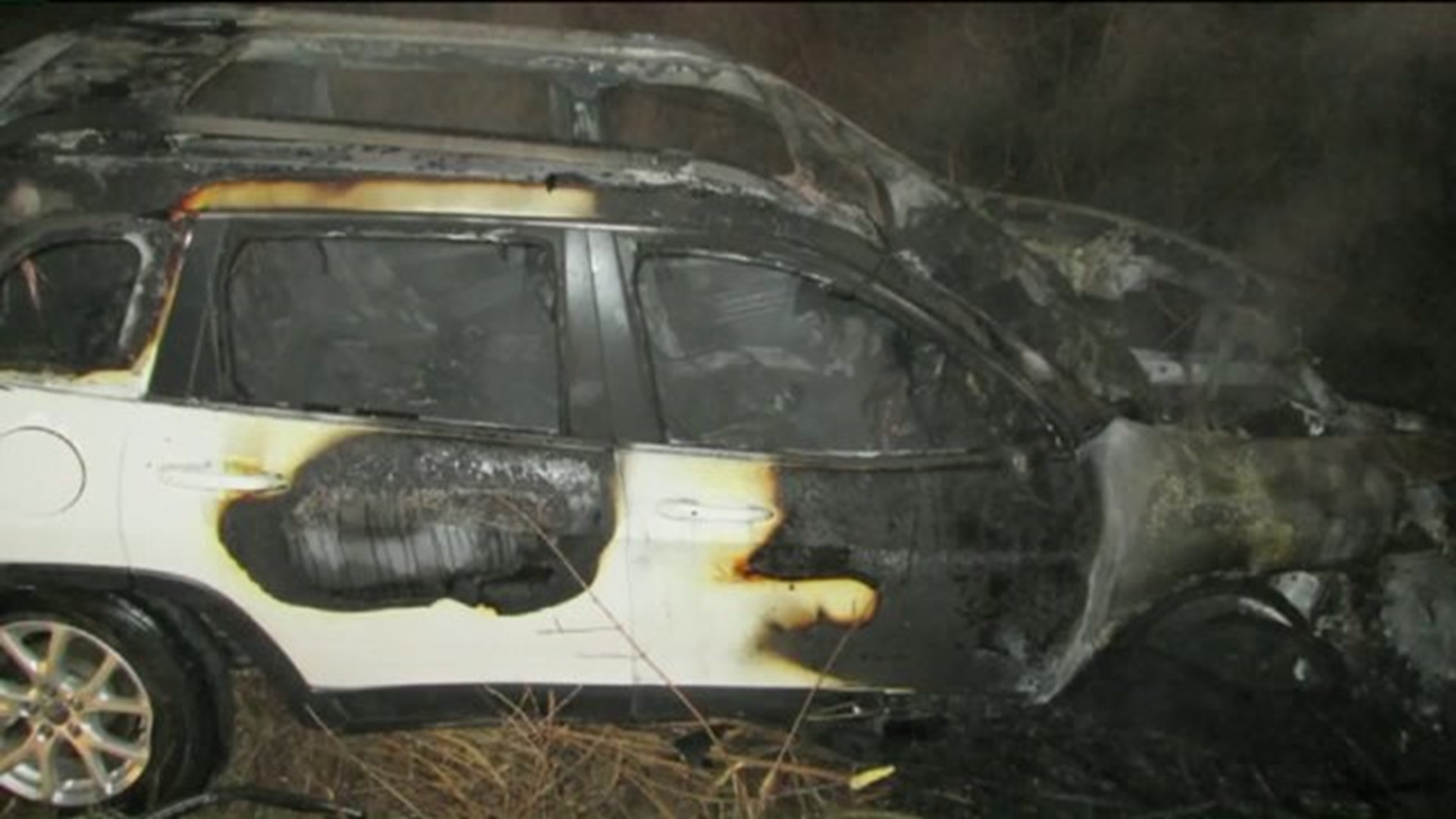 POINT TOWNSHIP -- Three people in Northumberland County are being called heroes after saving a woman's life. For the first time, they are speaking out about rescuing that woman from a car fire.

Officer Kevin Herring is new to the Point Township Police Department. So new that the night of January 7 was just his second shift. Around 9:30 p.m., he was on patrol, driving along Ridge Road near Northumberland, when he saw a woman crash her car.

"She was pretty roughed up," Herring said.

Cheryl Strouse and her husband Tom also heard the crash, because the car ended up in a ditch on their property.

"We immediately jumped up and just took off. I had no shoes on or anything," Strouse said.

The car caught fire. The three put their own lives in jeopardy to save the driver.

"When the car was on fire we tried to see if she could get out on her own and she kept saying give me a minute. Finally we just said we gotta go," Strouse said.

"It's something you don't really think about at the time. You're thinking about trying to get the person out of the car. You just gotta do what you gotta do," Herring said.

Officer Herring, Cheryl, and her husband Tom pulled the woman out of the burning car, saving her life.

Less than a minute after the crash, the first three people arrived on scene, but they don't consider themselves heroes. They were just in the right place at the right time.

"They needed help and that's what we did," Strouse said.

"Serving in a community with people like that living in these homes and helping us on the streets is a good feeling. It's the teamwork that brings together a good, solid community," Van Kirk said.

Police were not able to release the name of the woman in the car because the crash is still under investigation. Officer Herring says he was contacted by the woman and says she is doing much better.