A man from Northumberland is using his 3D printer to make PPE for Geisinger. 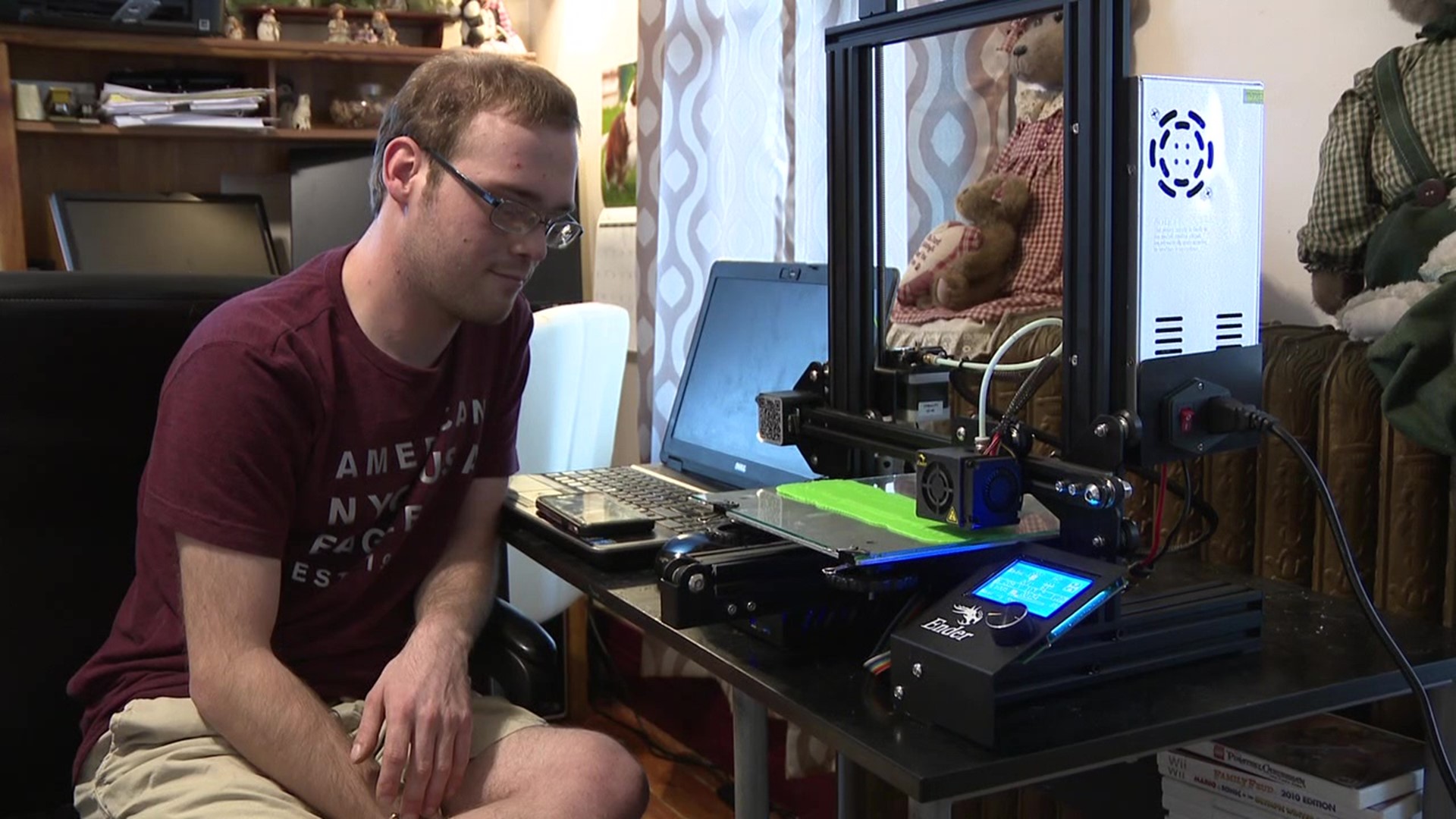 NORTHUMBERLAND, Pa. — Jesse Johnson of Northumberland has been legally blind since birth, but that has not stopped him from doing anything.

Four years ago, Jesse was given the gift of sight when he received a pair of E-Sight Glasses. The electronic glasses allow him to see clearly. Jesse's community helped raise money for the glasses and he has been giving back ever since.

In 2018, we shadowed Jesse using the 3D printers at Bloomsburg University to make prosthetic hands for people who need them. Jesse graduated last month, but he is still paying it forward.

"What I'm doing for the college is face shields. For Geisinger, the little mask adjusters," Johnson said.

In his spare time, Jesse is making personal protective equipment, or PPE, for Geisinger and Bloomsburg University. When students were no longer allowed on campus, he bought his own 3D printer to continue the work.

"I thought, I know I want to continue this, because I know I'm going to continue the prosthetics, so I bit the bullet and got the printer," Johnson said.

So far, Jesse has printed more than a dozen mask adjusters, and several face shields. His glasses help him see what he's doing. Jesse says it feels amazing to give back to his community.

"I was given the opportunity to call on the community to help me with my glasses. This is me still paying forward, along with the prosthetics, give that back, that sense of gratitude," Johnson said.

Jesse plans to continue making PPE for as long as it is needed.