POINT TOWNSHIP — Three people people are dead after a crash, and a section of Route 11 was closed near the borough of Northumberland. It happened around 1... 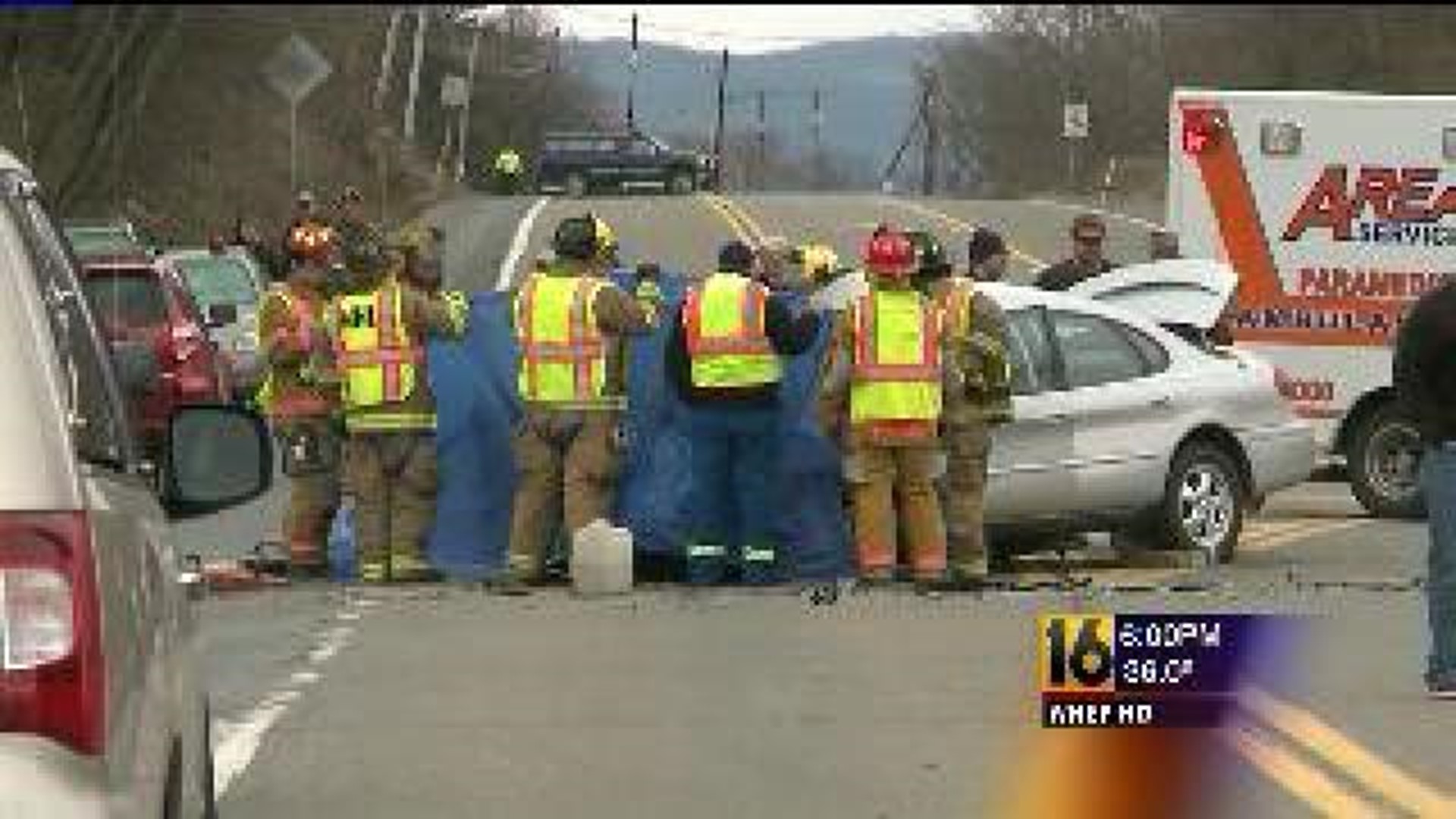 POINT TOWNSHIP -- Three people people are dead after a crash, and a section of Route 11 was closed near the borough of Northumberland.

It happened around 11:30 a.m. on Route 11 at Ridge Road in Point Township between the boroughs of Northumberland and Danville.

Police say a green minivan traveling south on Route 11 crossed the center line, hit a silver sedan, and continued traveling out of control when it rolled off an embankment.

Then, a third vehicle, a maroon SUV, hit the silver sedan, which was in the middle of the highway.

A passenger in the silver sedan died at the scene, and the driver was seriously hurt, taken to hospital, and died from injuries Saturday morning. The coroner identified the passenger as as Faye Kieffer, 85, and the driver, Derl Kieffer, 83, both of Middle Creek Road in Dornsife.

The green van ended up on railroad tracks. The driver of the van, Jeffrey Robinson, 60, of Northumberland, is also dead.

Police believe Robinson suffered from a medical emergency, which then led to the crash.

At first, emergency crews worried there was a child in a car seat unaccounted for but luckily the man behind the wheel of the van was alone.

Route 11 was closed in both directions for most of the afternoon while police reconstructed the crash, hoping to find out what may have caused the violent crash that claimed two lives.