ROCKEFELLER TOWNSHIP — Dozens of cows were killed in a barn fire early Friday in Northumberland County. The fire started around 1:30 a.m. Friday at the in... 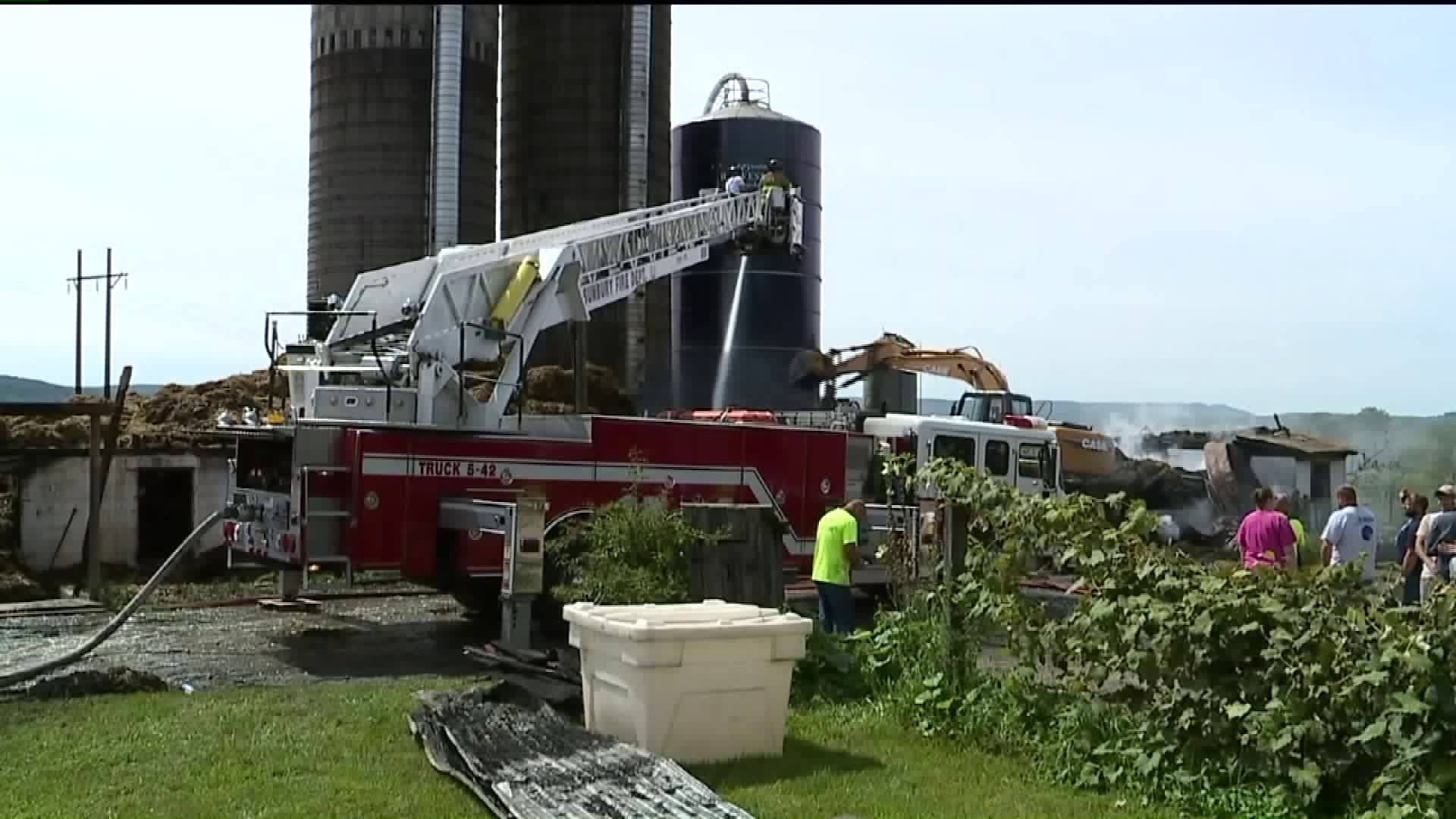 ROCKEFELLER TOWNSHIP -- Dozens of cows were killed in a barn fire early Friday in Northumberland County.

The fire started around 1:30 a.m. Friday at the intersection of Ross and Swank Roads, south of Sunbury.

Crews spent about five hours putting out the flames.

The homeowner keeps his cows in two barns. They go back and forth between them. Most of the cows were inside the other barn at the time of the fire and neighbors helped take care of them.

There is nothing left of the barn that caught fire except for some hay that was inside. The barn caught fire just after midnight and firefighters spent most of the day putting out hot spots.

Around 40 cows and calves were inside and all died in the fire. Luckily not all of the cows were there; most of them were inside the other barn on the property.

About 140 dairy cows were safe as the barn burned to the ground. They needed to be milked soon.

"They had been out in the pasture because there was no way to milk them," said Lori Bradigan.

While the barn owners were dealing with the fire, their neighbors stepped in and helped with their dairy cows. The neighbors have their own cows to milk but say milking an extra 140 cows is not a big deal. A back road was even closed to traffic for a few minutes so the cows could walk back home.

"Can't praise them enough. We've got a place to milk them and we've got lots of help," said owner Carl Ross.

Ross says the help from neighbors takes some stress off him.

"It's a big help. without the help, what would we do? We couldn't do it without them," Ross said.

The homeowners tell Newswatch 16 they believe the cause of the fire was electrical. Firefighters say the cause is unknown at this time because they were still putting it out.