The Diocese of Harrisburg has a new policy forbidding girls from playing football, rugby, and wrestling. The policy also prohibits boys from wrestling against g... 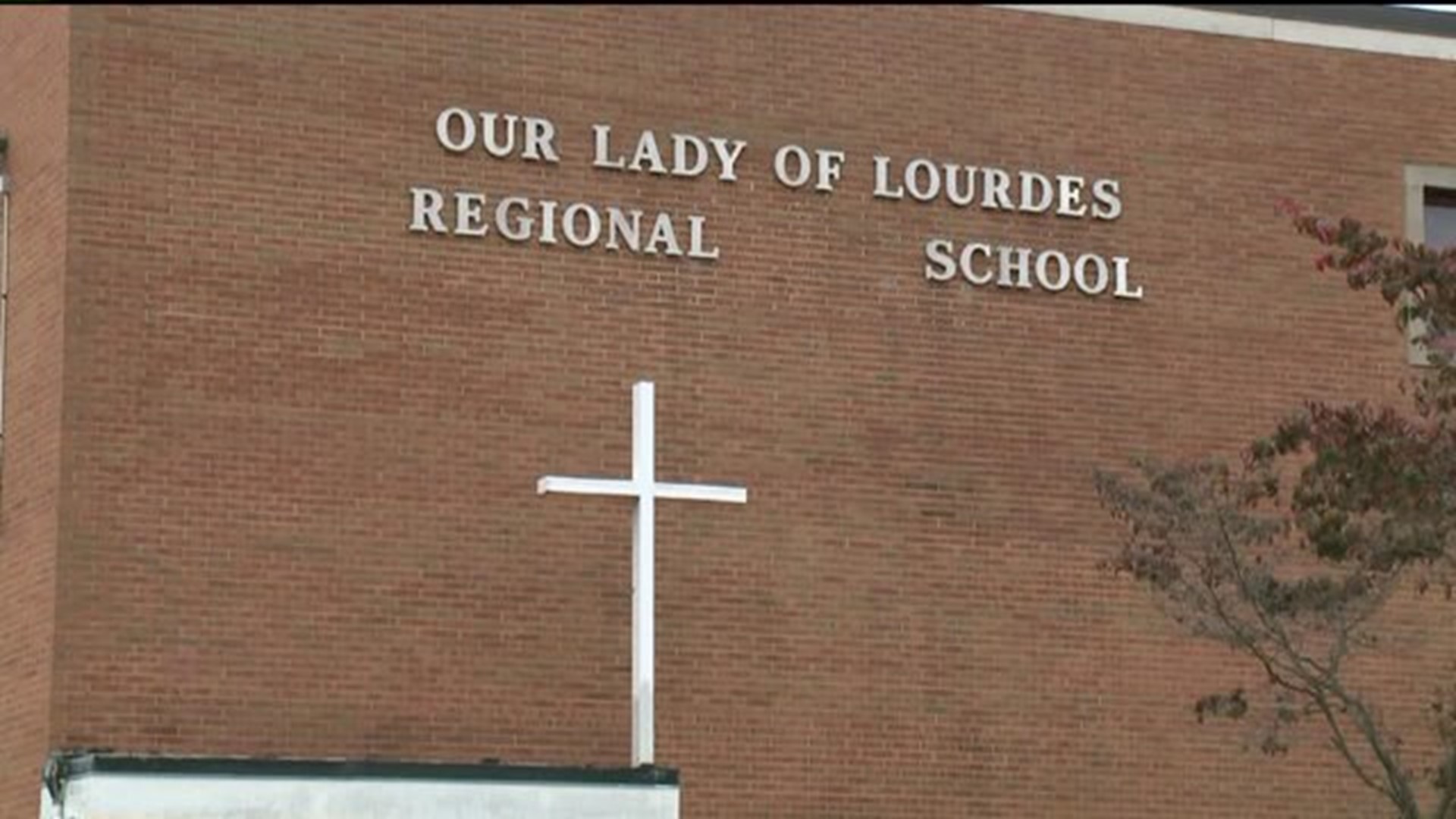 The Diocese of Harrisburg has a new policy forbidding girls from playing football, rugby, and wrestling. The policy also prohibits boys from wrestling against girls.

A representative for the Diocese of Harrisburg says the main reasons for the new policy are safety and modesty.

On Friday, we stopped by a local high school to see what students and the athletic director think about the policy.

"It is just against the policies of our moral standards that we have in the diocese here," Mike Klembara said.

Klembara is the athletic director at Lourdes Regional High School near Shamokin. He said the diocese adopted the policy July 1 because of safety and modesty. He said boys cannot play girl's sports, either.

"If we have a gentleman who is going to wrestle for a district final and he walks out onto the mat and finds out he must wrestle a girl, he must realize and is told by me that will be a forfeit," Klembara said.

Klembara said Lourdes has a partnership with Mount Carmel Area School District. Some of their students play on Mount Carmel's teams due to lack of enrollment. This includes wrestling and football. He said there has not been a wrestler from Lourdes in about three years.

The students we spoke with have a different perspective of the rule. They told Newswatch 16 they believe all students should be able to play what ever sports they want.

"I think if the girl has the qualifications and is really interested in the sport, then she should be able to be on the team," Grace Rompolski said.

Rompolski and Zack Zarkowski are student athletes at Lourdes. Zarkowski plays on Mount Carmel's football team and says he recently played against a girl.

"The girls that I saw actually had really good talent. If they're good and willing to put forth the effort, yeah, go for it," Zarkowski said.

A representative for the Diocese of Harrisburg says this policy is new, but many Catholic schools are doing this. He says he expects the policy to be adopted in other parts of Pennsylvania, too.