SHAMOKIN, Pa. — In recent months, Shamokin has seen an increase in people walking away with shopping carts, so one grocery store has found a way to stop t... 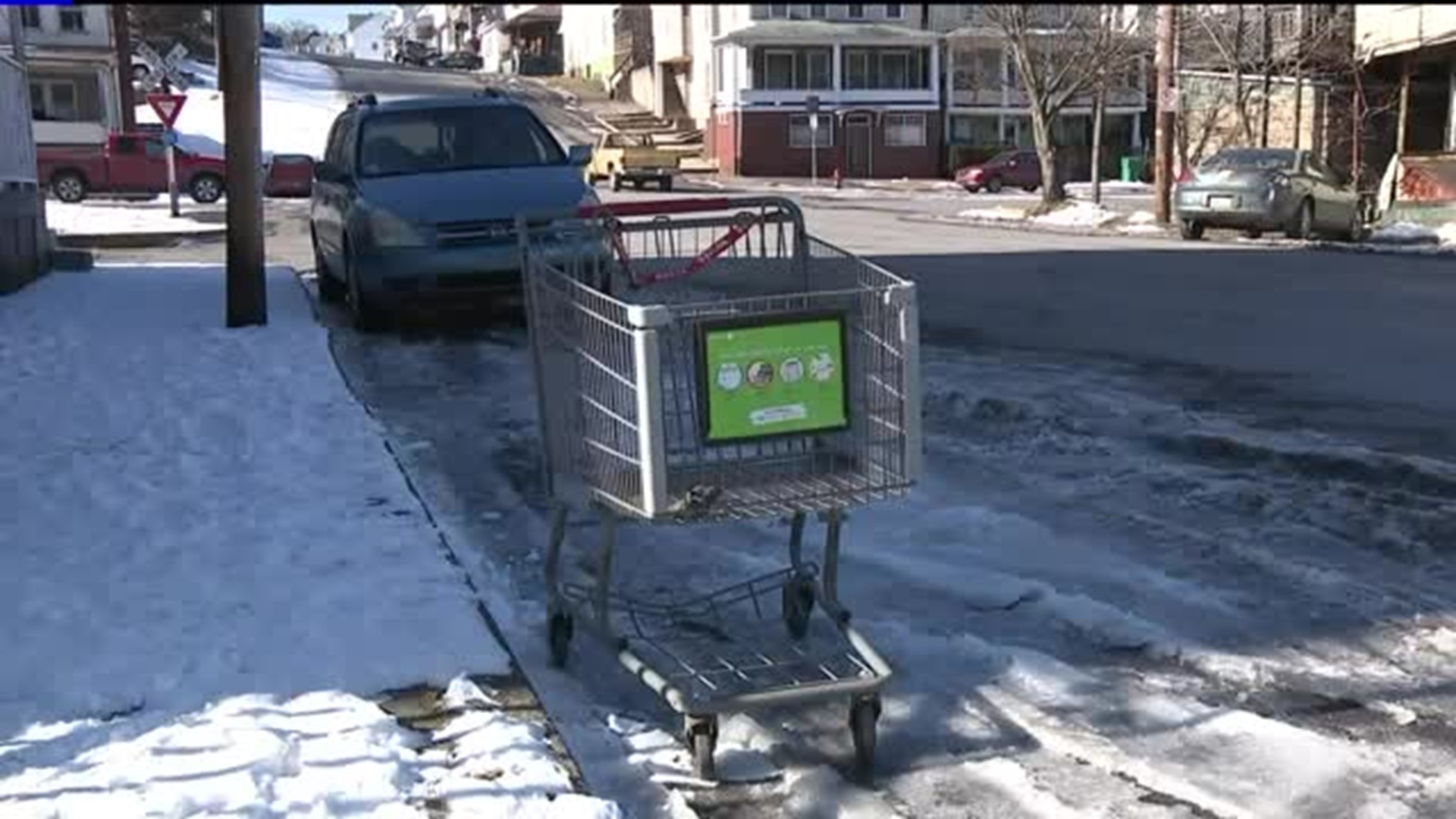 SHAMOKIN, Pa. -- In recent months, Shamokin has seen an increase in people walking away with shopping carts, so one grocery store has found a way to stop the problem.

The Weis Markets store in Shamokin recently unveiled new shopping carts that do not work outside the store's parking lot.

Driving around Shamokin, it's hard to miss the shopping carts abandoned on people's properties and littered throughout the streets and alleyways.

“While we make a good faith effort to collect them wherever they are, it’s not always easy. The carts are maybe on private property," said Weis Markets spokesperson Dennis Curtin.

Weis Markets is doing something to try to fix the problem. The store at Sixth and Walnut Streets in Shamokin recently upgraded all its carts with a new security system. If a cart goes to the edge of the parking lot, it runs into something similar to an electric fence for pets. The wheels lock, making the cart unmovable. A Weis Markets employee must unlock the cart before it can be used again.

“What this will ensure is that the carts that customers see at this store will stay on this lot," said Curtin.

There are signs all throughout the inside and the outside of the store, letting people know about the new system.

Shoppers tell Newswatch 16 they think the new cart system is a good idea.

Curtin says when a shopping cart is lost, that's an expense. The goal is to manage expenses to keep prices low for customers.

“The community spoke to us. They said that this is an issue to us, and we’re trying to address their concerns.”

Weis Markets says it has these shopping carts at some of its other stores, and the system works well.