SUNBURY, Pa. — It’s now easier to look for relatives who are buried at the Sunbury Cemetery. The cemetery’s records are being put online. Ther... 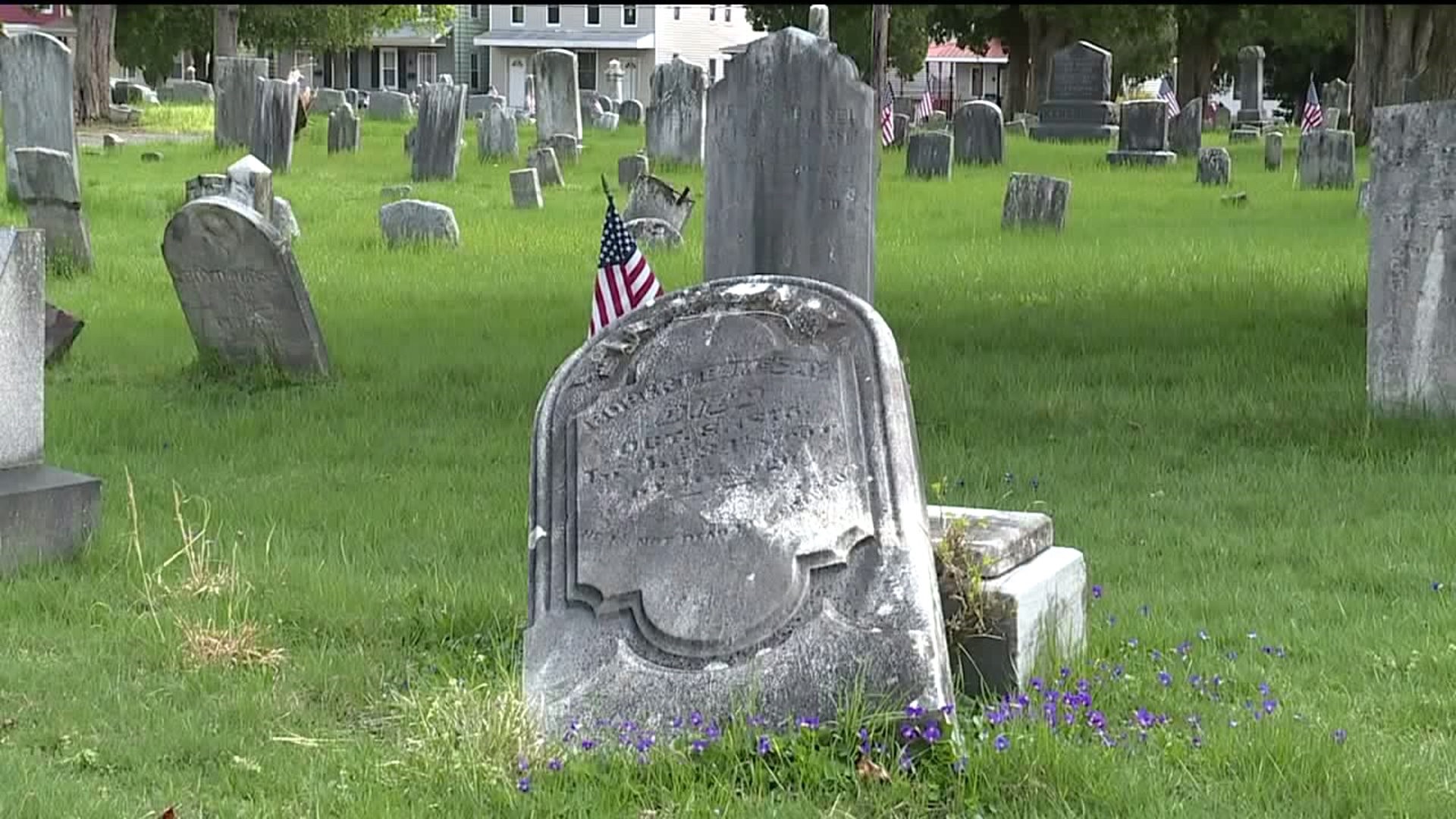 SUNBURY, Pa. -- It's now easier to look for relatives who are buried at the Sunbury Cemetery. The cemetery's records are being put online.

There are more than 1,000 people buried at the Sunbury Cemetery along Spruce Street. It's hard to tell who is buried where because many of the names on the tombstones have worn off. That's why Sunbury Mayor Kurt Karlovich is trying to make it easier for people to find loved ones buried there.

"My office receives numerous emails, calls, and just walk-ins regarding, 'hey, I'm doing some research for an old relative or I'm fascinated by old cemeteries. Do you have any documentation?'" said the mayor.

Recently, Karlovich was looking through the cemetery's old record books and found there are missing or torn pages. He has spent the last few weeks scanning the books and putting the records online.

"This should be drastically easier for people trying to find some research. The documentation I have discovered lists the names of the deceased, the date of their death, the cause of their death, and where they are buried," Karlovich said.

There are burials dating back to the 1700s, including people who fought in the American Revolution.

During his research, Karlovich realized two United States congressmen are also buried there.

"Lewis Dewart, he was the father. He was in the early 1830s, and then Lewis William Dewart, which is the son. He was the congressman in the middle 1800s," Karlovich said.

Debra Strauser lives near the cemetery and thinks putting the records online is a great idea.

"The young kids, a lot of them just don't have an interest in that. But I think as time progresses, they might find it interesting and want to study."

Karlovich is looking for people who are interested in cemeteries and history to help with the effort. You can see the cemetery records here.