SHAMOKIN, Pa. — Members of the National Guard were in Shamokin to help combat the city’s drug and blight issues. The guardsmen were out boarding up ... 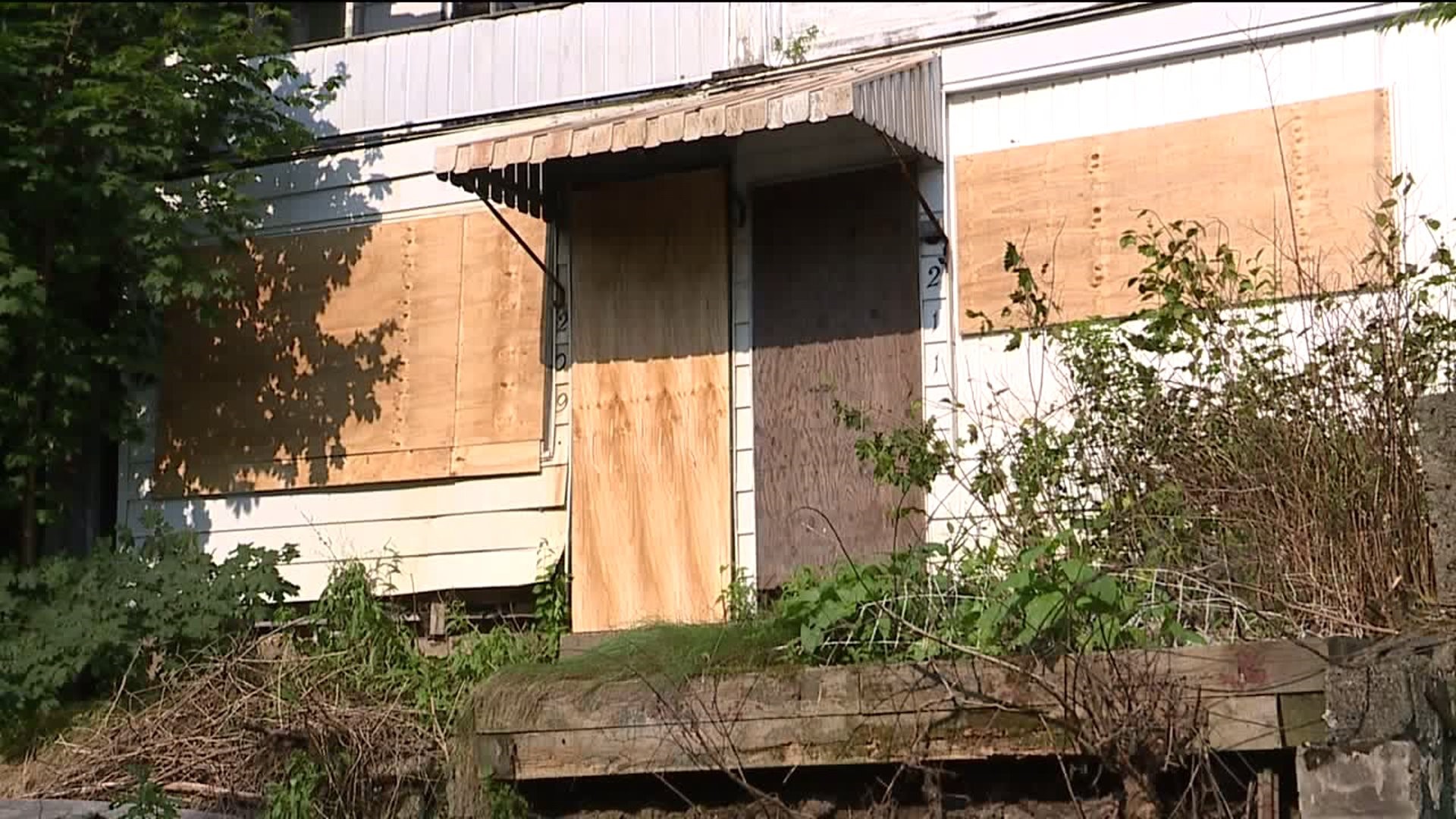 SHAMOKIN, Pa. -- Members of the National Guard were in Shamokin to help combat the city's drug and blight issues.

The guardsmen were out boarding up abandoned properties Monday.

“They did as much of the accessible openings on the first floor as they could, front and back,” said Shamokin City Council member Scott Roughton.

Roughton pointed out two of the 27 vacant homes that were tagged by members of the National Guard to be boarded up as a way to stop trespassers and drug users from getting inside.

“I think it's going to absolutely help, and it's going to give us a little peace of mind that we don't have someone in there doing things that we just don't want to see happen in there,” said Roughton.

The plywood used by the guardsmen was donated by the Northumberland County Housing Authority.

The guardsmen donate their time, effort, and tools through the Nation Guard's Counterdrug Joint Task Force.

These sealing and boarding jobs are known as “Seal Missions.”

“It's a proactive approach to our abandoned building situation. Blight is a terrible problem here in the city,” said Mayor John Brown.

Residents say they're grateful to the National Guard for providing this free service, and they're happy to see their city officials taking advantage of the program.

Residents say those properties are in terrible conditions, and they've worried for years of someone getting hurt inside.

“Absolutely, could be getting hurt. The floors and everything are falling out of it. It's bad,” said George Dirk.

“I think it's a good idea because it's scary at night because of the young kids,” said Scott Whitmer.

The National Guard members are expected to continue boarding up vacant properties in Shamokin Tuesday and Wednesday.