Eastern Museum of Motor Racing near Mechanicsburg will receive racing memorabilia from a fan from Milton. 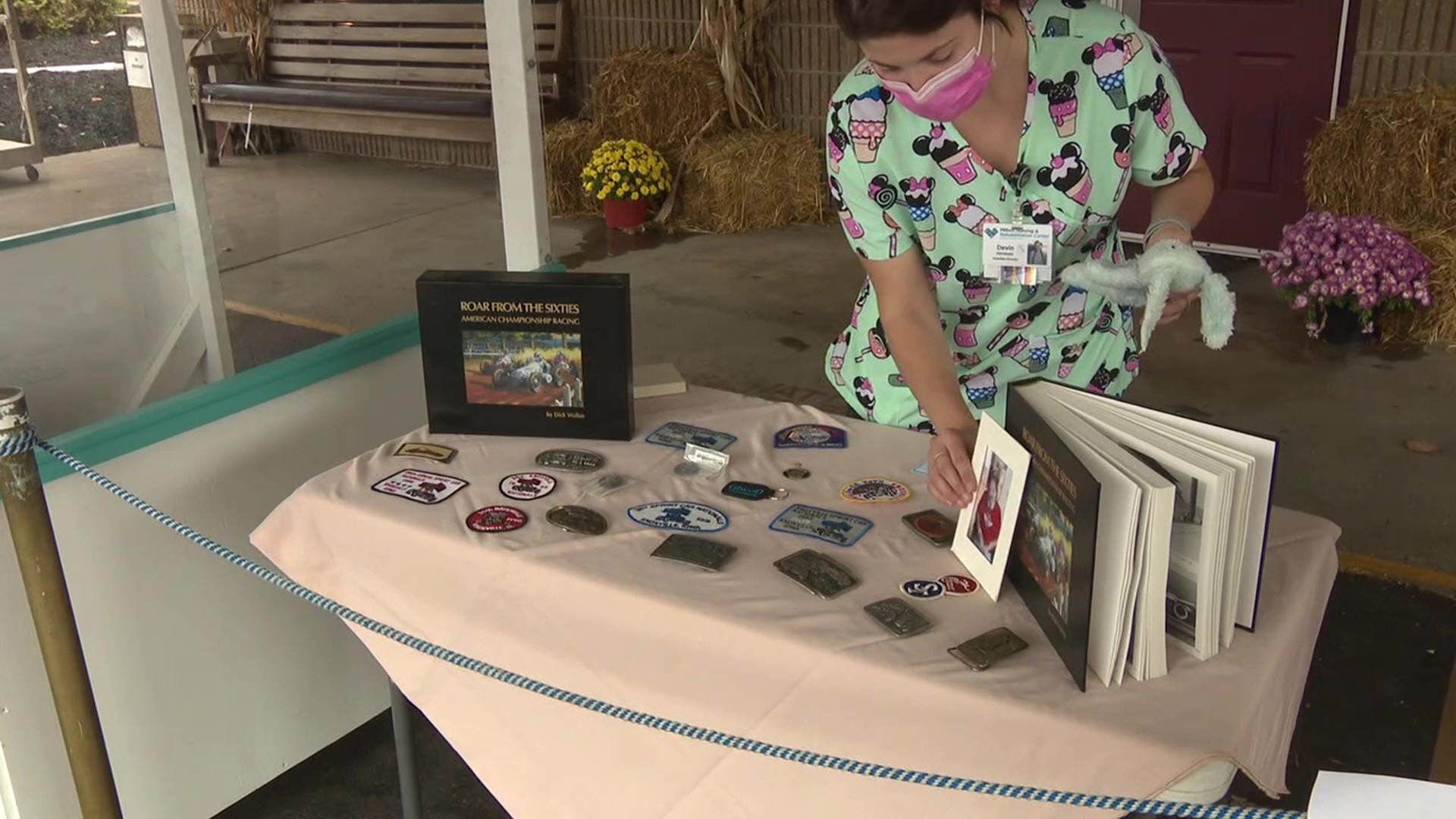 MILTON, Pa. — A woman from Milton lost her husband to COVID-19 last month, but she wants to make sure his memory lives on through his love of racing.

Jeff Specht of Milton was a big fan of motor racing. He collected books, pins, posters, and more.

"I always teased him that I was his mistress and dirt track racing was his wife because it was such a vital part of his life," said Diane Specht.

Jeff died last month at the age of 65 from COVID-19 complications. His wife Diane also had coronavirus, but she recovered. They both lived at Milton Nursing and Rehabilitation Center.

"He was a good man, and I want to honor his memory so that it will live on, especially in something that he enjoyed so much."

Diane contacted Lynn Paxton, who volunteers with the Eastern Museum of Motor Racing near Mechanicsburg.

Jeff was a lifetime member of the museum and wished for his racing memorabilia to go there after he died.

"Out of certain collections, you always get that one diamond, so to speak, that nobody else has. I hope that comes true here," Paxton said.

"Even though he died from the corona complications, other people will be able to enjoy it at the museum. It's a great little place," Diane added.

Diane will make another of Jeff's wishes come true when his ashes are spread at the Knoxville/Iowa Speedway.