NORTHUMBERLAND, Pa. — Traffic delays due to a years-long construction project are, believe it or not, expected to get worse. PennDOT has been doing extens... 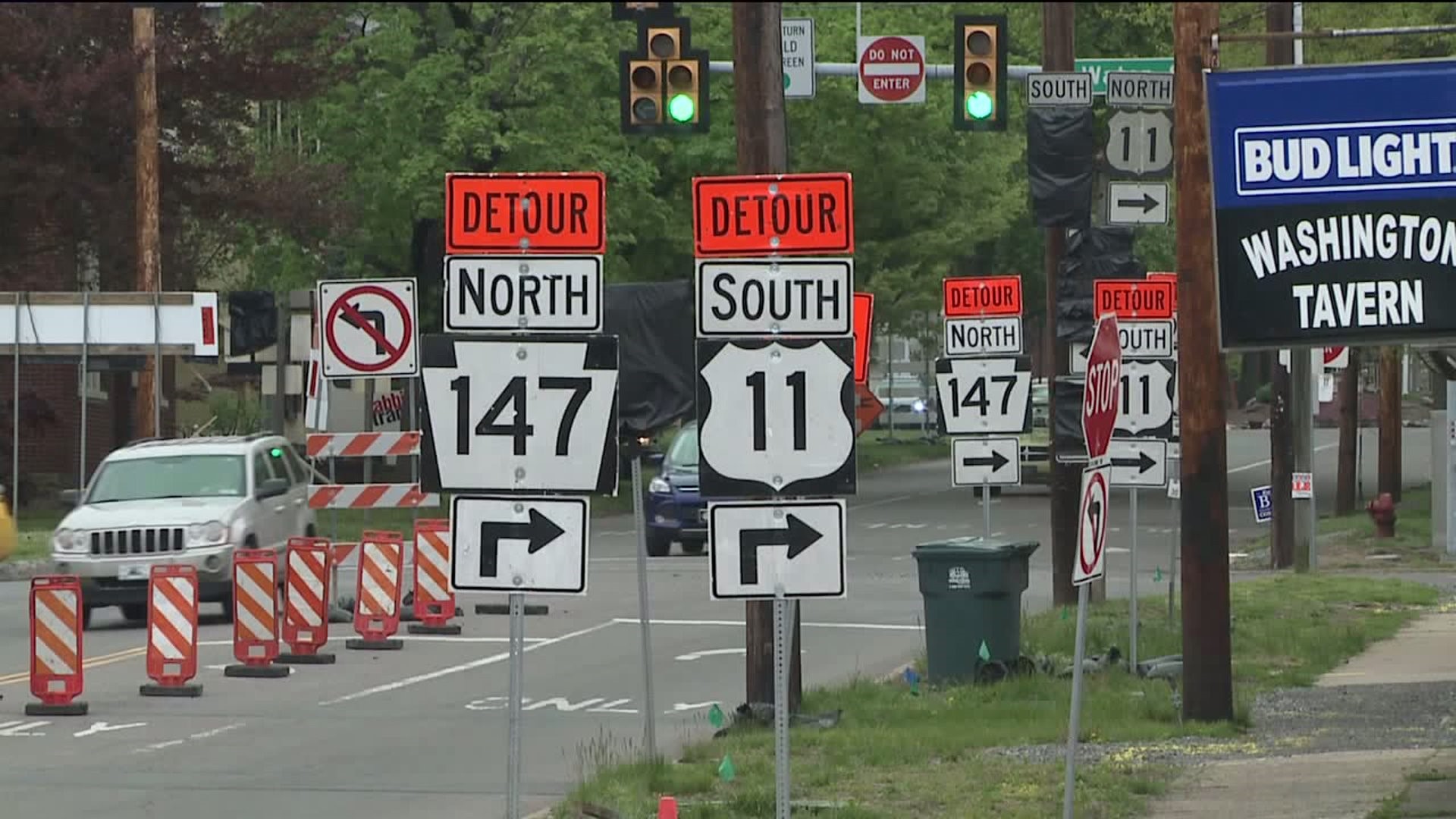 NORTHUMBERLAND, Pa. -- Traffic delays due to a years-long construction project are, believe it or not, expected to get worse.

PennDOT has been doing extensive reconstruction work on four major arteries in and out of Northumberland Borough since 2017. Already under construction are Front, Water, and Duke streets.

Jay Seidel owns the Front Street Station and says this is cutting his intake in half.

“When they get into Northumberland, then they get detoured up through town, and if they make a mistake and make a left, they're going all the way to Shamokin Dam, and so many people have made that roundabout,” said Seidel. “All my customers come in and say what's going on in Northumberland, we can't even get to you.”

“I sat in traffic for an hour just to get from Sunbury, just to get across the bridges to get home to get her,” said Jandor Lusk, nodding to her daughter. “I was like two minutes late to get her off the bus because we were stuck in traffic.”

Now, PennDOT says traffic is expected to worsen this summer as it begins the most difficult part of the reconstruction project on King Street. PennDOT says drainage on King Street will be upgraded during that time, but there are fiberoptic lines and a 12-inch high-pressure gas line crews will have to deal with to do that.

With King Street, or Route 147, closed between Northumberland and Packers Island to get to Sunbury, drivers will have to take Route 11 to Shamokin Dam, then to Route 61 over the Veterans Memorial Bridge.

“Our peak is June and July, so we don't know what to expect this year,” said Seidel.

PennDOT says most of the construction work is expected to be wrapped by Thanksgiving. Final work next year is expected to have little impact on traffic.