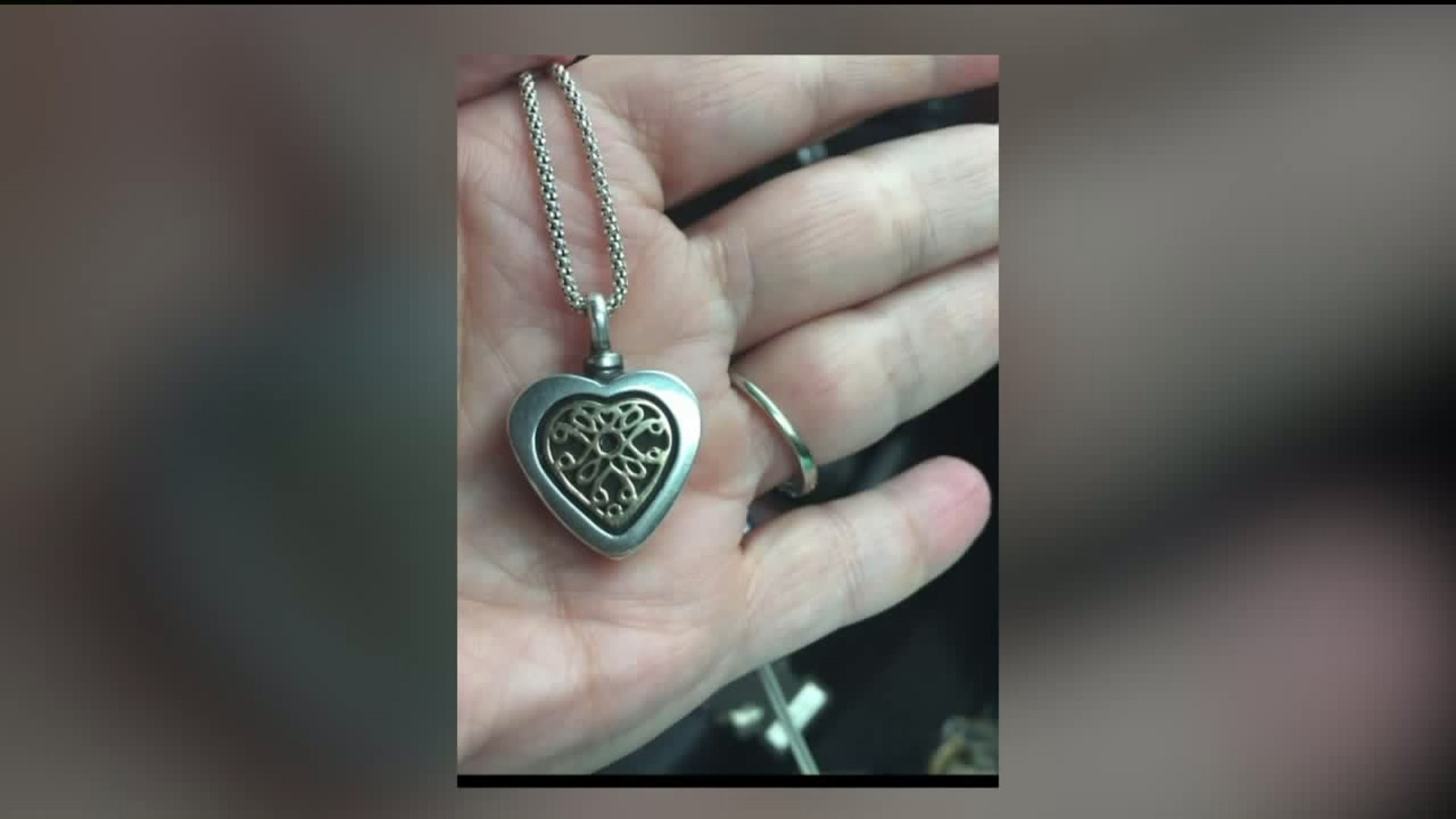 KNOEBELS AMUSEMENT RESORT -- A woman from Sunbury lost a necklace at Knoebels Amusement Resort over the weekend and she's hoping you can help her find it. The necklace contains some of her son's ashes.

Paula Morales from Sunbury and her family spend a lot of time each summer at Knoebels Amusement Resort near Elysburg. They were there on Friday swimming at the pool when Paula lost her necklace which she put in her grandchildren's stroller while they swam.

"I was putting the grandchildren in the car and my daughter was folding the stroller up, which then turns the pouch upside down. We're positive it fell on the ground," Morales said.

The necklace contains her son's ashes. Dylan Weikel was 24 when he died from an overdose in 2016.

"I had it on every day for the last three years and now I sort of am, it's sort of triggered those old feelings like he's lost."

Paula and her family parked by Tram Station One. She thinks someone saw the necklace on the ground and picked it up, not knowing what it is.

"Maybe tossed it in their car thinking next time we go to Knoebels we'll bring it back."

The family has since been back with metal detectors. Paula's post on Facebook has been shared more than 18,000 times.

"I just really want the message to get to the right person who has it so it can come home."

Paula is overwhelmed by all of the support on social media and hopes that support will help her get her necklace back.

"I'm kind of humbled that so many people are caring so much."

If you have any information on the necklace, contact Paula Morales at 570-556-6669 or Knoebels Amusement Resort.