MILTON, Pa. — Type 1 Diabetes is a lifelong disease that many folks across this area know all too well. Adriana Richard, 16, from Milton, who has lived wi... 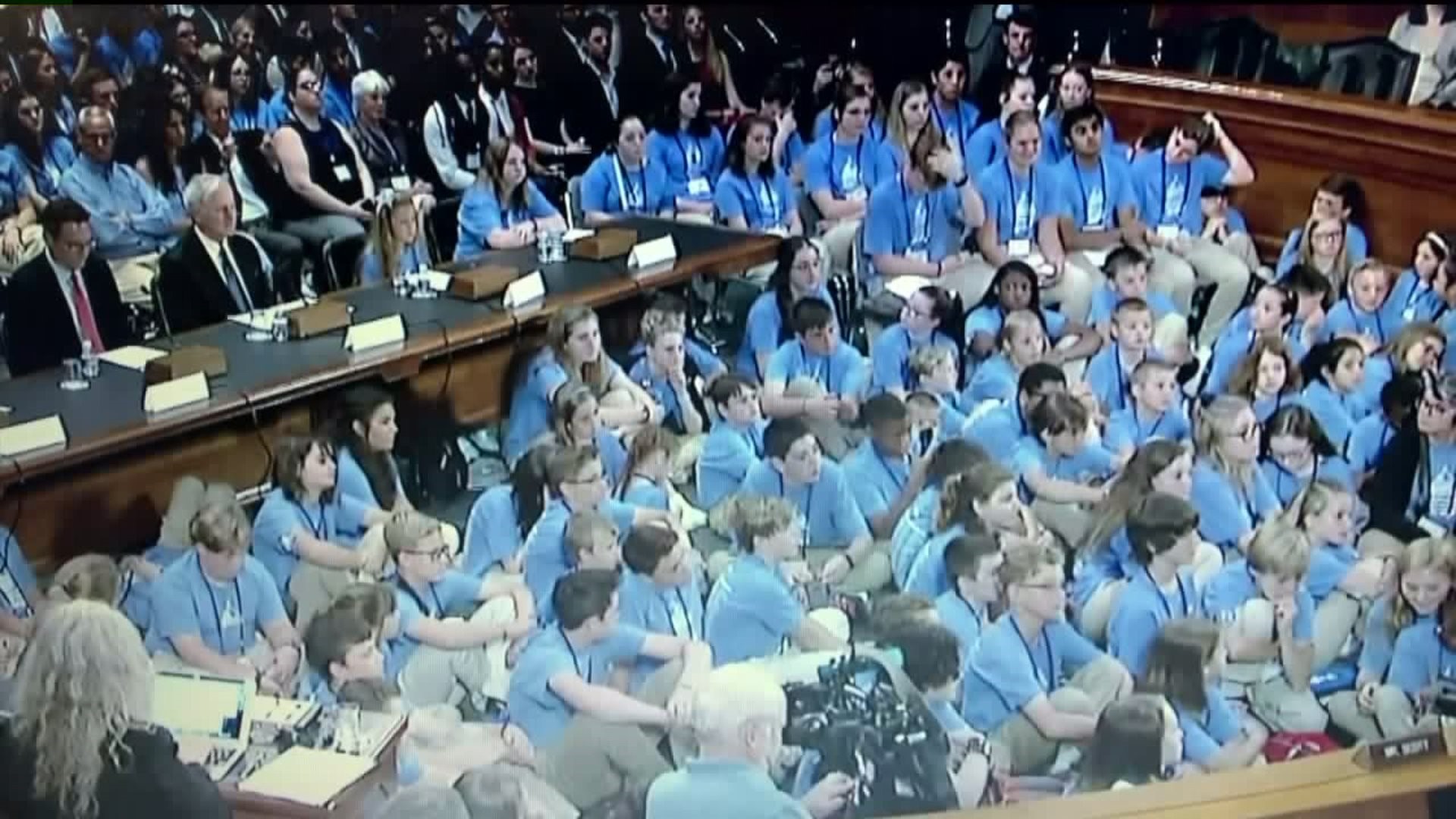 MILTON, Pa. -- Type 1 Diabetes is a lifelong disease that many folks across this area know all too well.

Adriana Richard, 16, from Milton, who has lived with Type 1 Diabetes for 11 years, traveled to Washington D.C. and told her story on Capitol Hill.

Over the years she's written a book about her experiences with the disease and has become an advocate. On Wednesday, Adriana spoke to members of congress.

The high school senior is enjoying her summer vacation but has a lot on her plate.

The 16-year-old gives herself daily insulin injections and monitors her blood sugar levels for her Type 1 Diabetes.

"It's just a lot of responsibilities, especially for a just diagnosed five-year-old," said Adriana.

"It's just constant. You're always thinking about it. You can't not think about it," said Kristy Richard, Adriana's mother.

More than one million Americans have been diagnosed with type one diabetes.

"It's crazy how much it changes your life," said Kristy.

Over the years, Adriana has been an advocate for juvenile diabetes, even writing a book about it.

Recently she was chosen out of more than 1,000 kids to speak in front of congress.

"It's crazy. I never thought I would get chosen," said Adriana.

Adriana and more than 100 of her peers traveled to Washington D.C. this week as part of "Children's Congress." Senator Bob Casey introduced a bill to cover the costs of insulin for most children with Type 1 Diabetes. Adriana was one of two kids who spoke.

"I was a little bit nervous but Senator Casey was there and came out before I had to speak and told me everything would be fine," said Adriana.

Adriana says the best part of the trip was spending time with all of the other kids who also have Type 1 Diabetes.

"Meeting other people with diabetes is really cool because we have an instant bond right off the bat. We know what each other is going through," added Adriana.

Adriana says she doesn't plan to stop after Wednesday. She hopes to meet with her local representatives and keep advocating for juvenile diabetes.