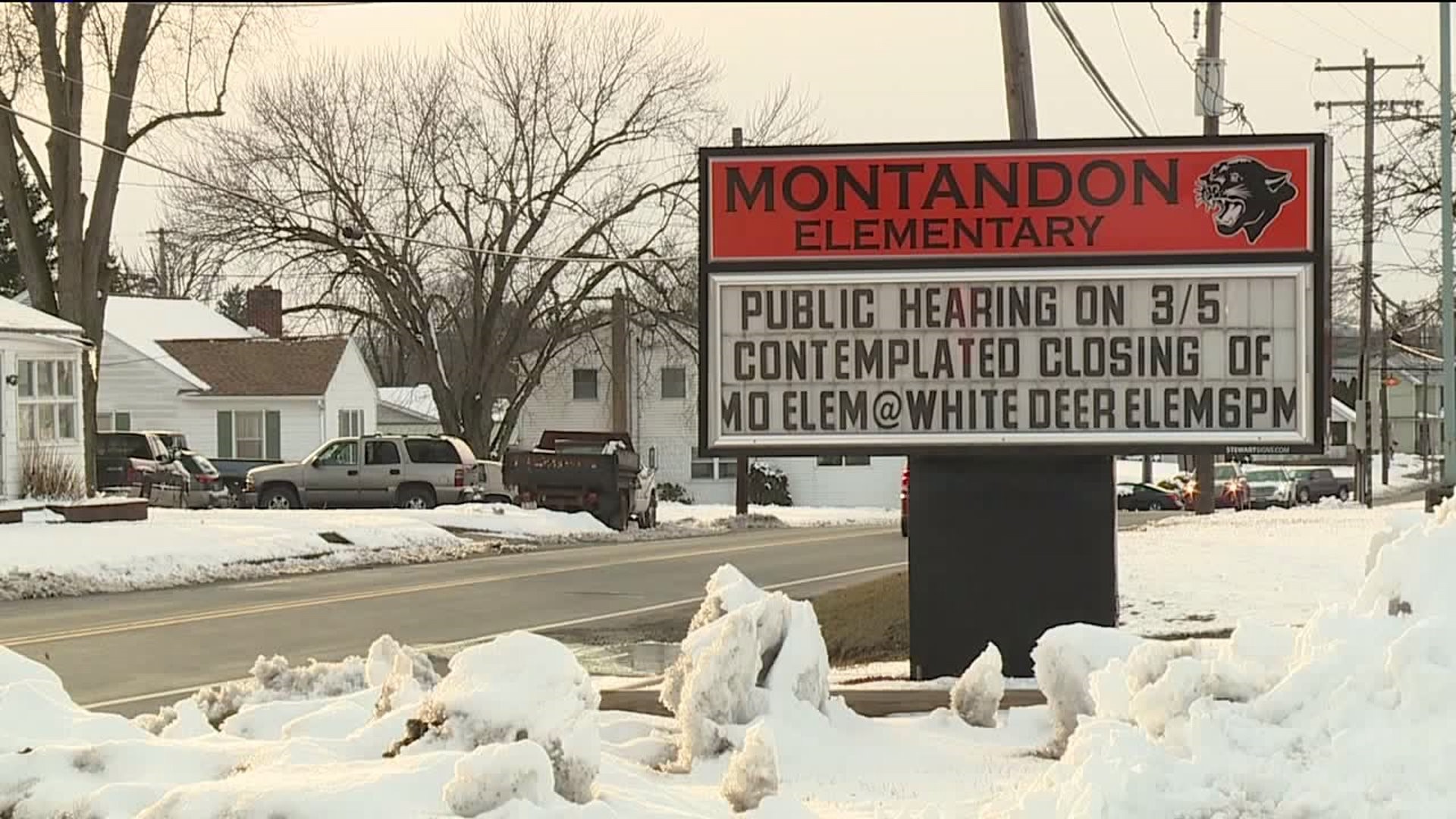 WHITE DEER TOWNSHIP, Pa. -- An elementary school in Northumberland County could be closing its doors.

Milton Area School Board members say enrollment at Montandon Elementary School has been declining, but parents say a smaller school means a better education for their children.

If board members decide to close Montandon Elementary, those students would be transferred to another elementary school in the Milton Area School District, which currently has roughly four times more students.

Parents in the Milton Area School District listened as school officials presented their plan on the potential closing of Montandon Elementary.

One father we spoke to says he moved to the area because Montandon is such a high-performing elementary school.

"We've got one that's in second grade, and she's 18 months, but we just bought a house so we're not going anywhere. We want them to have the best opportunity for life and a good education," said parent Mike Medley.

"I love the community feel and the way that all of the teachers know all of the kids and are able to really reach all of the children, and it's the highest-performing elementary school in the district," said parent Lara Dick.

School board members say enrollment at Montandon has steadily declined in the last five years. There are currently 130 students attending school there, but the school board says there is plenty of room to move those students to nearby Baugher Elementary.

"One of the worst things that could happen is for the district to close down the Montandon Elementary School only to find out that in 2-3 years that the district's enrollment went up and the facility should not have been closed," said Carl Pardoe of Milton.

School officials say if Montandon and Baugher Elementary schools were to combine, class sizes would stay relatively the same--about 20 students per class.

"The biggest problem is that all the research has shown is that small schools are beneficial to elementary school students," said Dick.

"Everybody knows each other's names. At Baugher, unfortunately, I don't see that happening," said Medley.

Milton School Board members say the earliest they can make a decision on this closure would be 90 days from now.