HERSHEY, Pa. — The varsity cheerleading squad from Milton Area High School spent months preparing the perfect routine to compete for a bid to the UCA Nati... 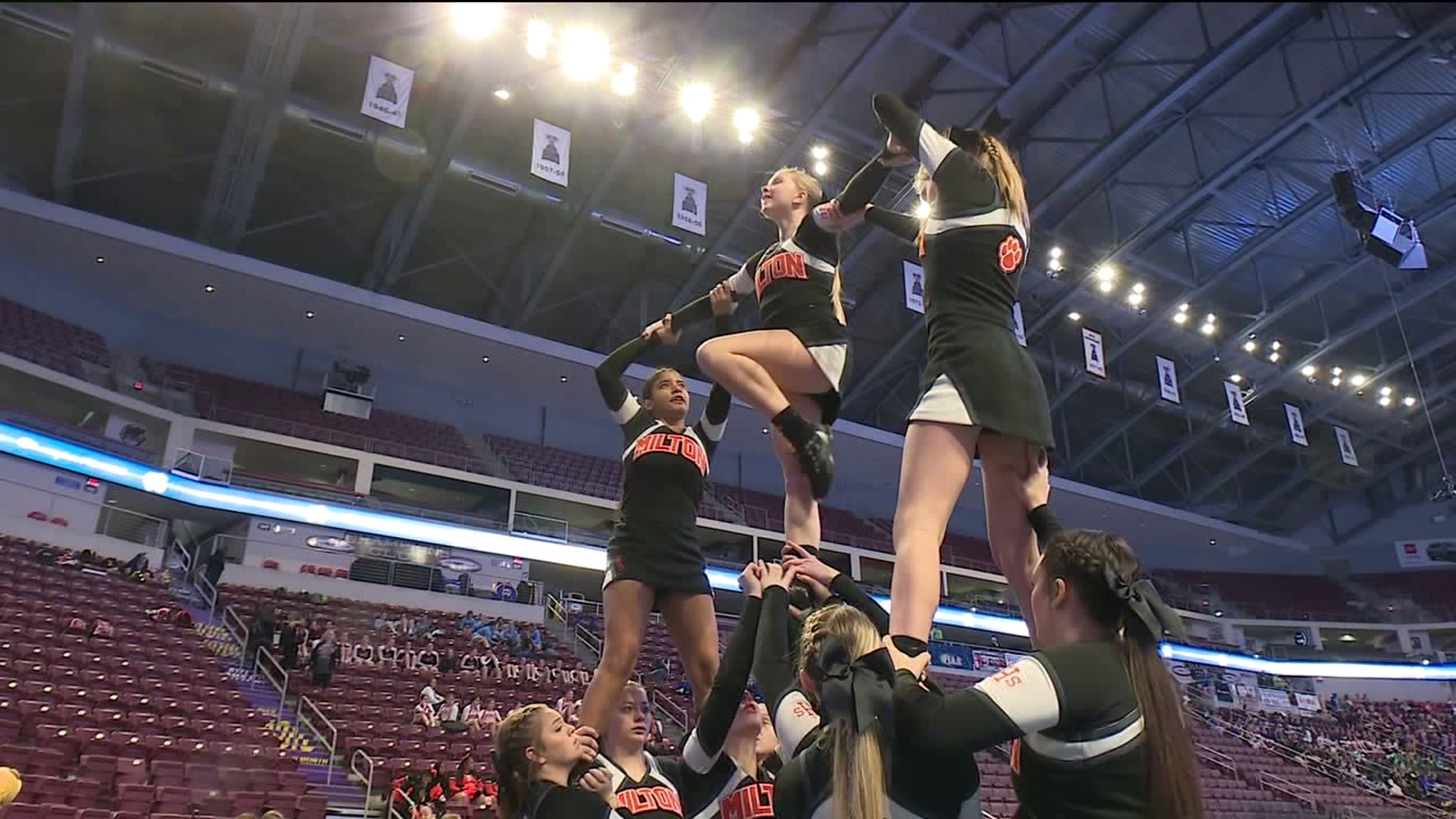 HERSHEY, Pa. -- The varsity cheerleading squad from Milton Area High School spent months preparing the perfect routine to compete for a bid to the UCA Nationals.

Over the weekend in Hershey, the squad competed in the small varsity division state championships. They didn't finish in the top ten, but it doesn't mean it's the end of the road.

"In order to go to the national, they just have a regional and then you go to the national. So it's not all-inclusive like say wrestling is where you start at districts then sectionals, and all those steps that the boys go through for wrestling. It's totally a different animal," said head coach Tracy Ferguson.

Competing and placing at States would be great bragging rights within the Commonwealth for Milton. More importantly, it's all good practice for nationals.

"This is good practice for our freshman who have never really competed before because they didn't compete in middle school to be out here and compete in front of all these people," said senior cheerleader, Samantha Snyder.

The Black Panthers will be competing in the "Game Day" category of Nationals -- a totally different routine from the performance at state championships.

"You do your band dance and your fight song and then you do a chant, an offense or defense chant and then your cheer. Then you have your normal routine," said senior cheerleader, Jessica Waycaster.

Milton's top finish in Game Day is 2nd place. The team practices six days a week and it's is all worth it when they represent their school on a national level.

"It proves that we worked hard and that the team has come together to put one routine on the mat," said senior cheerleader Tierra Fisher.

The skills get them recognition, but the only way to get to Orlando, Florida are the fundraisers, including a cheerleading competition event on January 25th.

"Last year, we had such a great turnout that it ended up that we could pay for the girls' meals for every day and we hadn't been able to do that in a long time," said Ferguson.

The Black Panthers hope to build on a better finish when they compete on February 5th.