Maximum capacity raised to 500 for Shikellamy football game, parents thrilled to be inside stadium 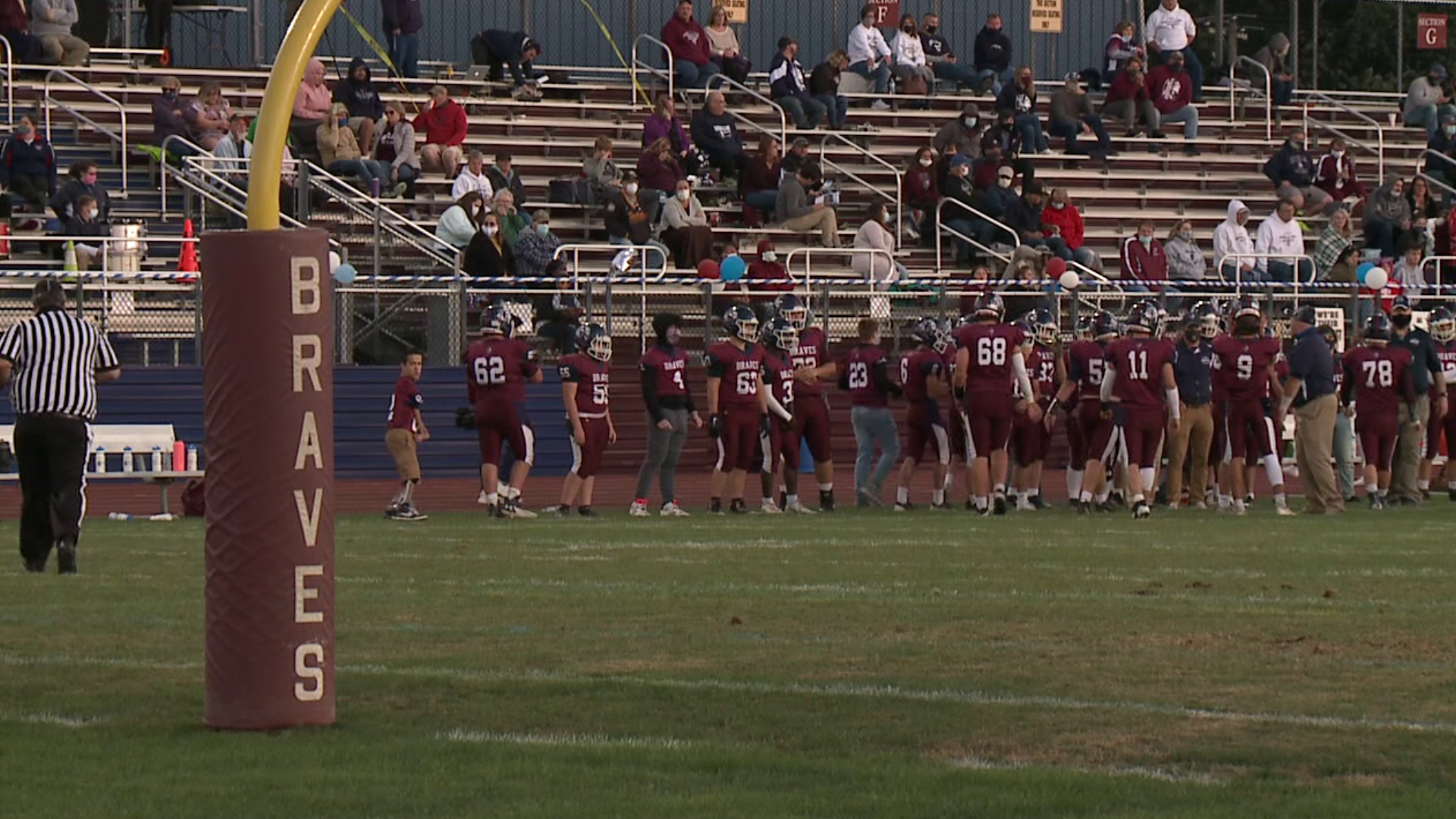 SUNBURY, Pa. — The Shikellamy School District and Sunbury City Council approved raising the maximum amount of people at outdoor events from 250 to 500.

It's unclear how that squares with Governor's Wolf's restrictions on public gatherings.

When the Shikellamy football team took the field at its stadium in Sunbury to face off against Jersey Shore, there was something a little different about this game.

There were more people inside the stadium than Governor Wolf's 250-person limit at outdoor events.

That's because both the school district and Sunbury City Council voted to increase that maximum by double to 500.

Parents were thrilled, including Lisa Pfleegor whose daughter is on the cheerleading team.

"Yes, absolutely, it's her senior year so we've waited a long time for this,” said Pfleegor. “Thrilled.”

"It's amazing. It really is, very appreciative of Shikellamy for allowing us to do this,” said Jersey Shore parent Nikki Vuocolo.

On the school district's website, it explains that with only those necessary to play the game inside the stadium, the number of people adds up to 222.

Now with 500 spots, each Shikellamy football player, cheerleader, and band member would get two tickets with the intent to give those to the students' parents.

The district will even provide one ticket for those on the opposing team.

"That's a safety measure in case any kid would get hurt and there needs to be a medical decision made by a parent,” said Shikellamy Superintendent Jason Bendle.

Signs were posted all around the stadium to remind spectators that social distancing rule remained in place.

Shikellamy parent Shawn Wertman says the bleaches could hold more than what the district is allowing now and still be able to social distance.

"I don't think it's fair. I think there's plenty of room for everybody. I don't know why they have to, even 500 seems short,” said Wertman.

And Shikellamy pushed up Senior Night to Friday's game in case the season gets cut short because of the pandemic.

"It's a special night so I'm glad that they're doing it now,” said senior Colleen Ferster, who’s on the marching band.

"Being here, to be able to see her and walk her across the field means the world,” said her mother, Brandi Ferster.

The final score of the game was Jersey Shore: 53  Shikellamy: 0.

For those who can't attend Shikellamy games, the district says the games will be live streamed.

The link can be found on the district's website:  https://shikbraves.org/